**The Browns, because they have Baker Mayfield, reportedly will be meeting with Deshaun Watson**

There, I corrected the tweet for you, Pro Football Talk. Easy fix. But uhh, one thing I don't think will be an easy fix is repairing what this report is about to do to Baker Mayfield. The news of this meeting began circulating at like 1:00am last night, and I'm just trying to picture what Baker looked like scrolling through Twitter in bed this morning. 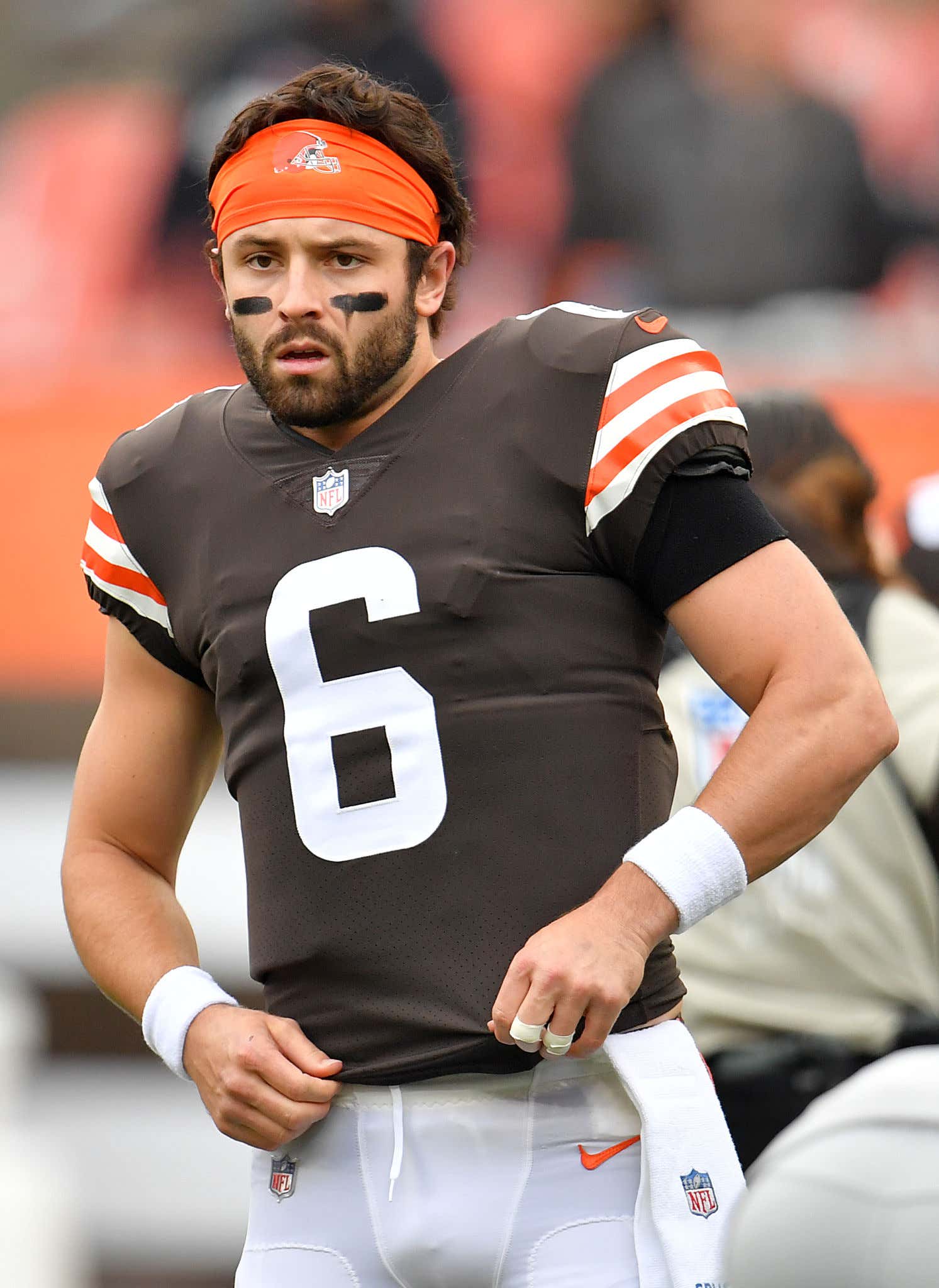 And while at this point in time I don't think Baker is the long-term answer at QB for the Cleveland Browns (need to see him healthy again first), I have to question how intelligent our game plan is here to publicly pursue Deshaun Watson. Do I think Deshaun Watson would be an upgrade over Baker for this team? Yes, I do. I think we would immediately become Super Bowl contenders with all of the talent on this roster. But we better be damn sure we can get him now. Because we told both Baker Mayfield and the public that we are committed to him being our QB this year, and now we are going down to visit a player who still has 22 civil suits pending, and perhaps an NFL suspension incoming. I trust in Andrew Berry, but he better get the job done here. Because if this Watson deal doesn't get done, we are sending a message loud and clear to Baker Mayfield that we are tolerating him until we can move on from him.

And Baker already didn't take it very well last January when these were just suggestions….. 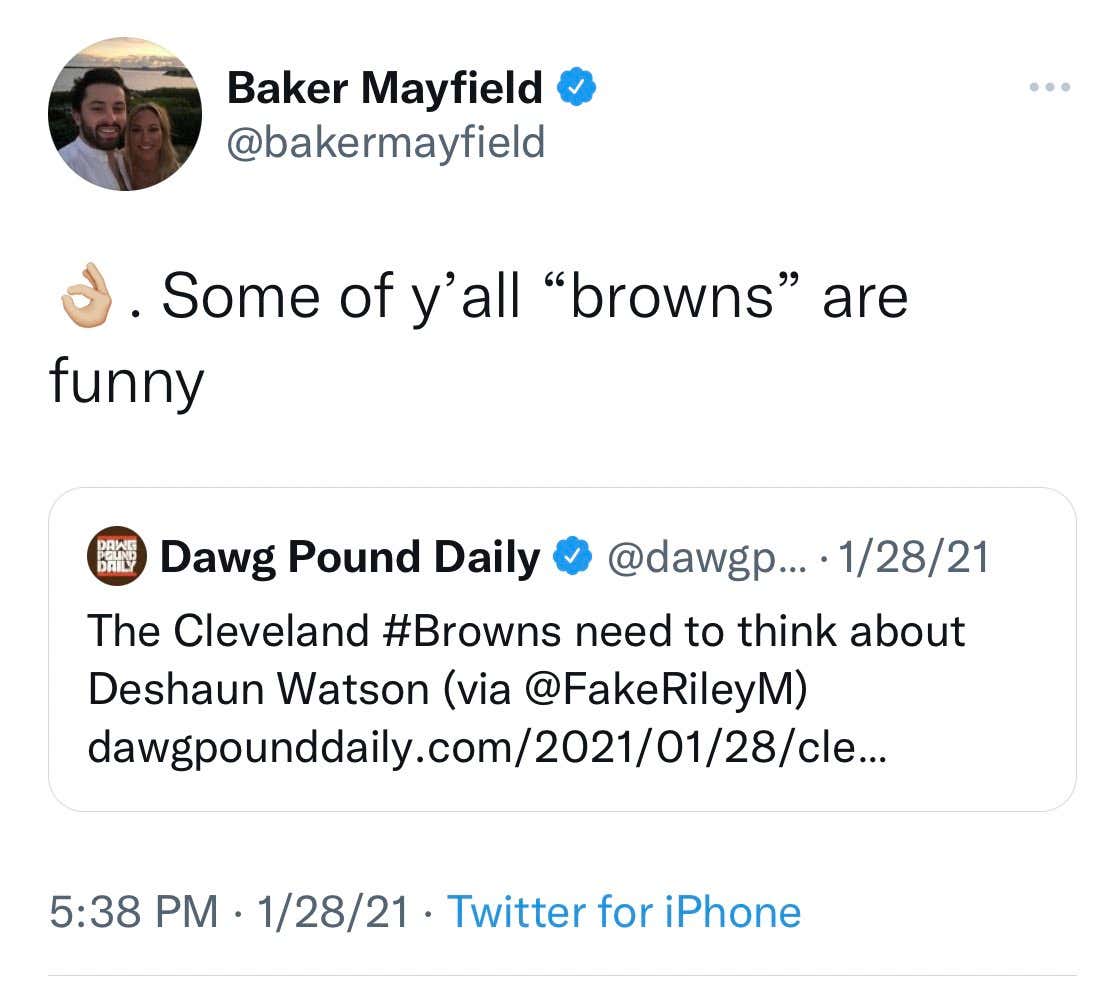 That was fan fiction…now this is actually happening. The Browns are meeting with Deshaun Watson today. And I'd have to imagine there if we're talking odds, it's gotta be more likely than not that Deshaun and/or the Texans decide not to make this deal with Cleveland, seeing as the Saints and Panthers appear to be very interested and willing to do whatever it takes. And if that happens, we've got a QB that knows we don't believe in him. And I'm afraid we just lost him mentally on this news alone…

Bring Watson home, Andrew Berry. Or else this organization is going to be a dramatic shit show for another year.