Yesterday, I was still recovering from the Spring Break Party we threw on Sunday. Scrolling twitter casually when I came across this beautiful sight.

I was so confused as to every single thing about it I texted my buddy Eddie asking what the hell I just watched.

He sent me the link to the tweet up at the top and said they were reenacting the video.

I think he meant they took that first video, ripped its head off and shit down its throat.

I haven't seen a tour de force the likes of this since the Blackout crew did the Harlem Shake challenge.

My only complaint is I wasn't able to get in on the video because I'm in Florida.

If we're being totally honest here, I think Carl stole the show.

For starters, I'm shocked the rest of the crew convinced him to be in the video to begin with. On top of that, to break out these moves I honestly never knew he had in him.

(Sidebar- I am NOT saying Carl is a bad dancer or can't dance. Quite the contrary. At his wedding a few years ago he pulled off the best mother of the groom dance I have ever seen and will ever see. Queen - Don't Stop Me Now. The entire song. Choreographed perfectly. His mom and him brought the house down. I was stunned and still talk about the performance in terms of greatest dance performances of all time)

All of this begs the question.

Is Carl in the wrong profession?

He's incredible on the ivories (self - taught by the way, nbd). What is stopping him from becoming the modern-day Little Richard or Jerry Lee Lewis? Breaking out sensational dance moves while dazzling audiences on the keys?

I feel really bad for Ed right now. He's on the cold streak of all cold streaks lately.

Just yikes all around.

If Eddie was a stock everybody would be selling right now.

We gotta get my man some better go-to moves than just "the clap".

Eddie I say this as somebody who loves you like family, distance yourself from the wiggle-dick crew a little bit because they're rubbing off on you too much. And learn a couple moves before you get back in the game. Gotta shake the funk and bust the slump. 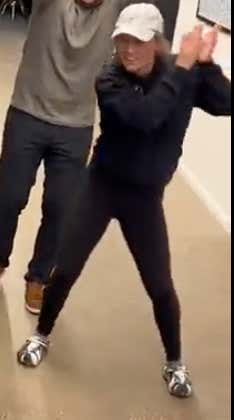 I received a company email this weekend telling us not to rank female employees so please take note Sydney is neither at the top nor the bottom of this list. It's not even numbered.

I give Sydney's performance here a solid B.

As a seasoned student at Arthur Murray myself, if I said I didn't expect a little bit more from the only female to step foot in the Chicago office without a favor to ask, or at gun-point, I'd be lying.

Only advice for the next round would be to not hold back next time Sydney.

Eyes closed. Hands in the sky. You could mute this video and picture the buildup of "Shout!" coming in, or Bobby Shmurda - Hot N****a just the same.

Chief's got one move, and one speed. And it's all out.

He's the guy at the wedding whose tie is off the second dinner is over, and is somehow soaking through his shirt by the bands third song.

A dancing machine who's not off beat, you're just hearing a different song in your head than he is. Suck it. 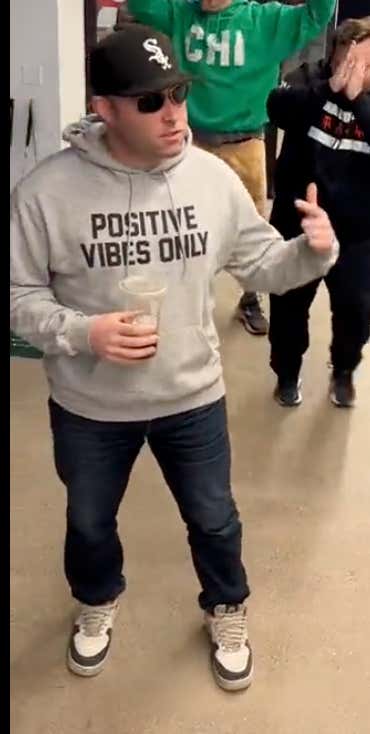 If you want to know what the definition of "swagger" is, look no further. This is it ladies and gentlemen.

It was honestly hard to even notice the other 4 people in this video because my eyes were so transfixed on Dave the whole time.

I got wet and I don't even have a pussy.

Great posture, on beat with the song, perfect lip-syncing, and when the "I'm just thinking with my dick" line drops and Dave finger points I came everywhere and you know you did too.

This video should launch one of those whole tik tok social media "challenges" trying to one up it, but if it doesn't we'll understand. There's no topping it.

Chicago Office for the win per usual.