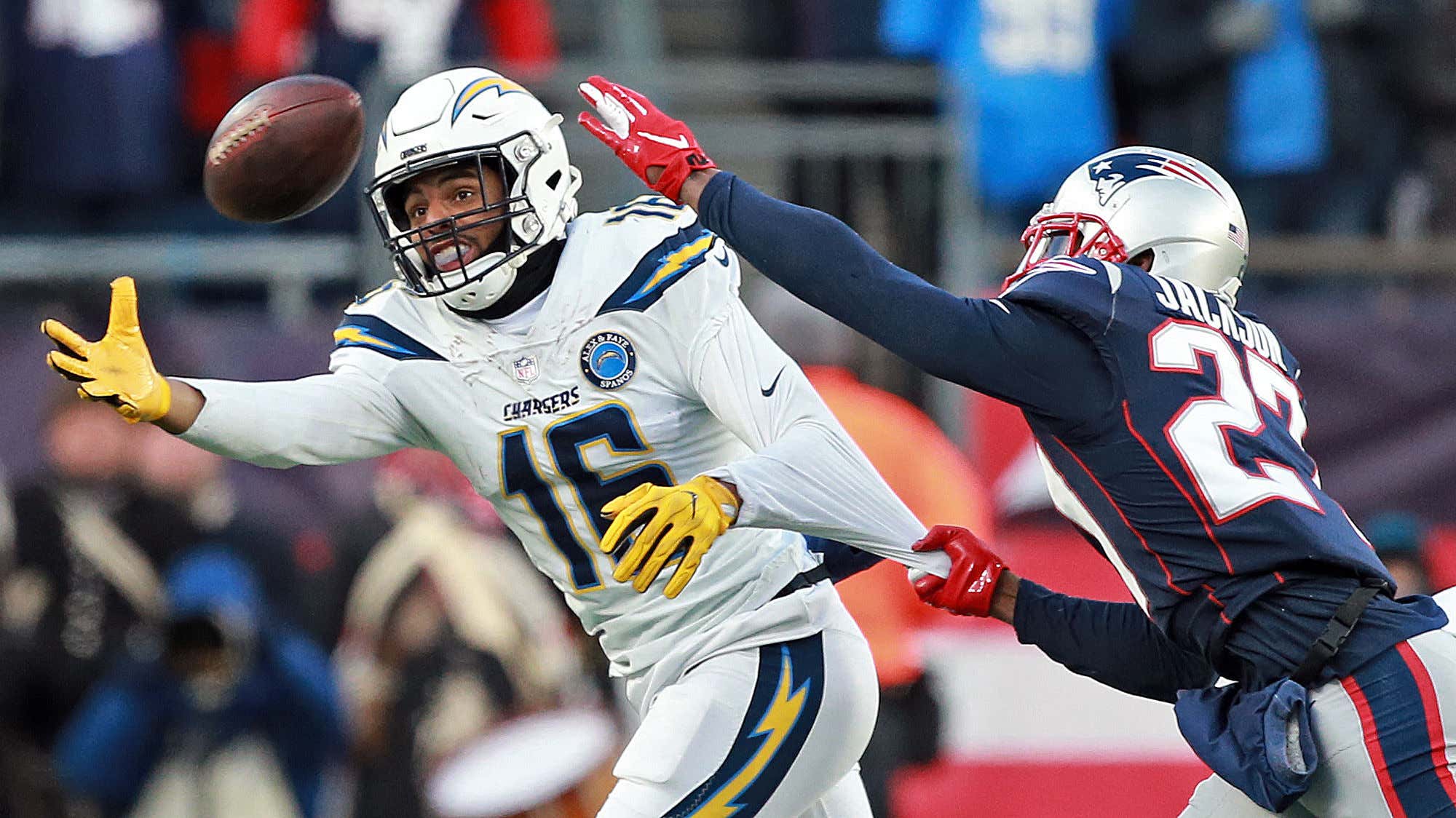 In the least surprising bit of news in a legal tampering period that has been pretty much lacking in big news of any kind, the Patriots are losing the best available free agent left on the market. The only question was where JC Jackson would end up, and for how much. Now we know:

There are NFL salary mathletes out there who are a lot more qualified to put these numbers into perspective than me. I'm pretty much a product of whichever hemisphere of the brain processes charm and personality and obscure references. But from what I understand, depending on how you break this down, by gambling on himself, Mr. INT is getting the equivalent of what he'd received if he'd been franchised. Except getting it each year for the next three years, plus. I also believe that in terms of annual average value, it's among the Top 5 ever at the cornerback position.

So good for Jackson, a guy who couldn't make it work at U. of Florida, went to community college before landing at Maryland, went undrafted, and made himself one of the richest defensive backs of all time. It's a success story. And anytime someone who isn't intrinsically evil like Vladimir Putin, Jeffrey Epstein or Roger Goodell makes a fortune through hard work, talent, and believing in himself, we should all rejoice.

What we also can take away from this is that the Chargers are in the midst of the very sort of move that their crosstown rivals just succeeded in doing. They are gambling heavy that they can win it all and do it soon. Preferably while Justin Herbert is still on his rookie deal. They gave $40 million guaranteed to Mike Williams to keep him. Paid Khalil Mack $60 million guaranteed. And were still willing to invest $40 million guaranteed to Jackson. And so yet another Patriots conference rival is getting stronger before they've added anyone.

An artist never wants you to look at their work before it's finished. A chef would rather you wait until the meal is on the plate, rather than come out back and look at the raw meat and viscera all over the cutting board. A surgeon doesn't want to be judged on the success of an operation while the patient's guts are still on the table And it's equally unfair to look at Bill Belichick's cornerback depth chart on March 14th and get all grossed out by seeing it's Jalen Mills, Myles Bryant, Joejuan Williams and Shaun Wade. Nor should you. I advise against it because nobody needs flashbacks to the days of Wheatley and Wilhite, Butler and Bodden and Starks.

This franchise has kept a consecutive streak of legitimate CB1s capable of neutralizing an opponent's best wideout that stretches all the way back to Aqib Talib's arrival halfway through 2012. The thought of going back to just a bunch of CB2s & 3s is unthinkable. From what we saw between, say, Asante Samuel's departure and Talib's arrival, there's only so much you can scheme up a secondary. You need pure talent.

Where that talent comes from is never clear. Samuel was a fourth rounder, after all. And like we established, Jackson was a UDFA. Wade was a promising draft prospect before he got hurt, they liked him enough to trade for him, and maybe he's your next Mr. INT. But there's no counting on that given he's barely seen the field.

No, what we've got at the moment is an unfinished, uncooked, unsutured depth chart at a crucial position you have to excel at in order to have any chance to compete in an increasingly competitive conference. So now is not the time to panic. It's the time for patience. And to be glad that yet another guy no one but the Patriots wanted just became one of the most desired men in football. And got fricking PAID. Here's hoping Mr. INT excels every time he's not facing us.