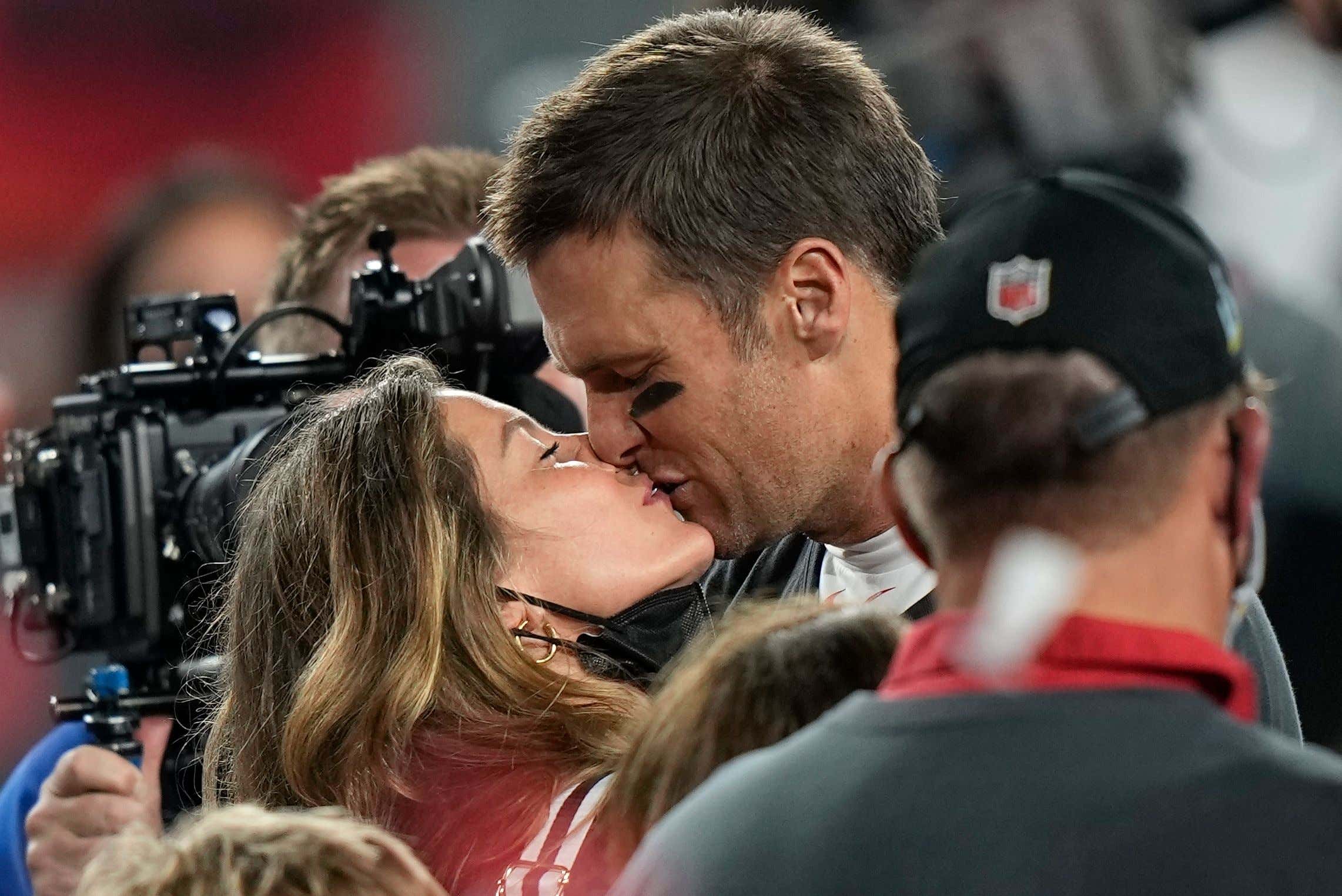 It had been said so often over so many years that it went way beyond being a worn out joke and became a boring, tiresome trope. And it was the idea that Gisele was trying to drag Tom Brady into retirement. Any time she was asked about his career and expressed even the mildest concern about watching her husband gets pummeled by 315 pound feral maniacs every week prompted outrage from all directions. Like when Charlie Rose took a brief break from coercing CBS News staffers to look at his rancid old dong to ask Gisele if she'd like Brady to retire and she admitted she worries about his health, you would've thought she forged the papers and submitted them to the league while the GOAT was studying game film of Pittsburgh's 3rd & long coverages. Believe me, for a good 8-10 years, the laziest joke in New England was calling Gisele the Patriots' Yoko Ono.

Which is what made this so curious when her husband's unretirement announcement was made: 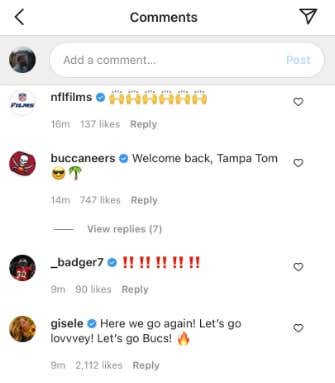 A three exclamation point comment under his post is not the punctuation of a woman who feels like she's sending her beloved off to his certain doom. Opposite, in fact.

And Brady got a similar reaction to the second most important woman in his life.

The other celebrity who has helped him father a race of genetically perfect super babies was super supportive when he pretend-retired, and sounds even more on board with him staying in Tampa for Year 23:

The idea of two women who have given birth to a man's children being happy he's about to get back on a career path that is all-consuming, has him gone half of the year working 16-hour days, preparing for that work schedule even on his down time, having to dedicate himself mind, body and spirit to keeping in shape for the season, and barely there mentally when he's with you physically sound strange to you? Congratulations on being single.

You'd have to check with the Irish Rose for her opinion, but I consider myself a happily married man after 28+ years on the job. But the thought of being together 24/7/365 should be nightmare fuel for any couple. And I'm saying this as someone who works from home and who has a spouse he adores that is home by 4:00 pm most days and has summers off. Never mind a marriage like the Brady Bundch, that's been built around his football life. Going from an existence that is completely dedicated to your craft to one 100% devoted to your family is impossible. Dangerous, even. Like surfacing too fast from a SCUBA dive. It could be fatal. To your marriage, if not yourself.

Brady always compared losing in the playoffs to running on a treadmill that suddenly stops. A perfectly good analogy, but he's always had another season ahead to get ready for. These past few weeks had to have felt like the kind of treadmill fail that gets included on YouTube compilations. And not just for him. But for everyone in his life. The baby mamas especially.

I've always said that I'd never cheat, and not just because no one would ever be willing. But also because one woman in your life is more than enough. That's why we have separate interests. Friends of our own in addition to the friends that we share. Two cars. Separate hobbies. And a division of labor around the house. Part of the reason why I'm a big Lawn Care Guy, it's time by myself with music or podcasts in my headphones. We even have three TVs, because sometimes we just need to be on a different floor, not just a different room. The Irish Rose watching figure skating practices (I am not joking) or "The Amazing Race" in the sun room, me down in the basement flipping between Sunday Night Football and "It's Always Sunny." Then we come together when, say, "Survivor" is on. With this arrangement, everyone's happy.

I've long been promoting the idea that, rather than being married every minute of every day, husbands and wives should have the kind of schedule firemen work with. Four days on, two days off. And on those two days you pretty much get to do whatever you want. She's doing Pilates and watching couples shop for homes in Australia on HGTV. He's golfing and eating hot dogs for dinner at the 19th hole at the local Muni. Then you get back to work and catch up on what you did on your days off. And for the truly shaky marriages, maybe an option like my sister's nursing schedule: Three days a week, but they're 12 hours shifts. Which is fewer total hours per week but they're concentrated into longer days. Your call.

To me, the part of "The Office" that I was most invested in was the Jim and Pam relationship. But when they got married and worked at adjacent desks, it strained credulity. It was hard to suspend disbelief that any two people could be that together that much, no matter how perfect they were for each other. Home time. Night time. Morning time. Commuting time. Work time? No chance in hell.

Which I'm assuming both Gisele and Bridget came to realize. Taking the most hyper-competitive individual to walk the Earth since Genghis Khan and having him around you and the kids that much had to feel like domesticating a tiger. It might work for a while; but you're still with a man eater who needs to hunt. Maybe one of them had Brady him helping the kids with their homework. Or brought him on errands. God forbid, took him to the place where all relationships are destroyed, IKEA. And realized that nothing is worth the stress and emotional wear and tear of this.

As a matter of fact, I'm guessing these last two months added 10 more years to Brady's career. Be careful what you wish for, ladies.