Apologies for being late on this. We had a party in St. Pete yesterday with Waka Flocka and Brianna Chickenfry and are driving to Lauderdale now extremely hungover.

A tradition unlike no other. The Chicago St. Patrick's Day Police Blotter.

(Side bar- Barry Butler is a national treasure)

Being from Massachusetts, doing my fair share of Boston St. Patrick's Days, and experiencing one in NYC before, I am confident in saying NOWHERE does St. Patrick's Day like Chicago. Not trying to be a hard, or measure dicks, Boston and New York City go hard as fuck. But Chicago is on another level. And after being dead for two years, this past Saturday it felt like everybody that was out was making up for lost time. It was bananas.

There's nothing like waking up on the Saturday morning before St. Patrick's day. You get pre-game jitters because you know you're about to do 10-20 Jameson shots and Irish Car bombs and be in fuckin shambles for the next 48 hours. You're about to hit 5 of your go-to bars and another 5 you'd never step foot in if it weren't for St. Patrick's Day. You're about to witness a handful of girl fights, couples breaking up, and countless shit-faced girls crying on sidewalks. You'll probably get thrown up on at some point. Probably by somebody you're friends with. But none of this matters. Because it's mid-March in Chicago and you know this is the unofficial end of winter. Spring is right around the corner followed quickly by summer and you're in the best city in the country for it. College basketball conference tourneys are in full swing all day and every neighborhood in the city is bumping.

First off, let's just get this out of the way. This picture is real.

I didn't believe my eyes the first time I saw it, and needed like ten different ways to verify it, but turns out our big dick Mayor was out and about this weekend in her best Irish regalia.

I have no words…

This guy got an early jump on things late Friday night.

Respect for the costume. Like that guy Mystery used to say, you need to be peacocking if you wanna get the ladies attention.

These guys got off the red line at the wrong stop, didn't feel like walking down Dearborn across the river to River North so tried to catch the bus. The bus driver took one look at their dead lifeless eyes and wanted none of it. When the door didn't open and the bus began to drive off what were they supposed to do? Take it easy lady.

Speaking of River North, Barstool Bar was a scene on Saturday 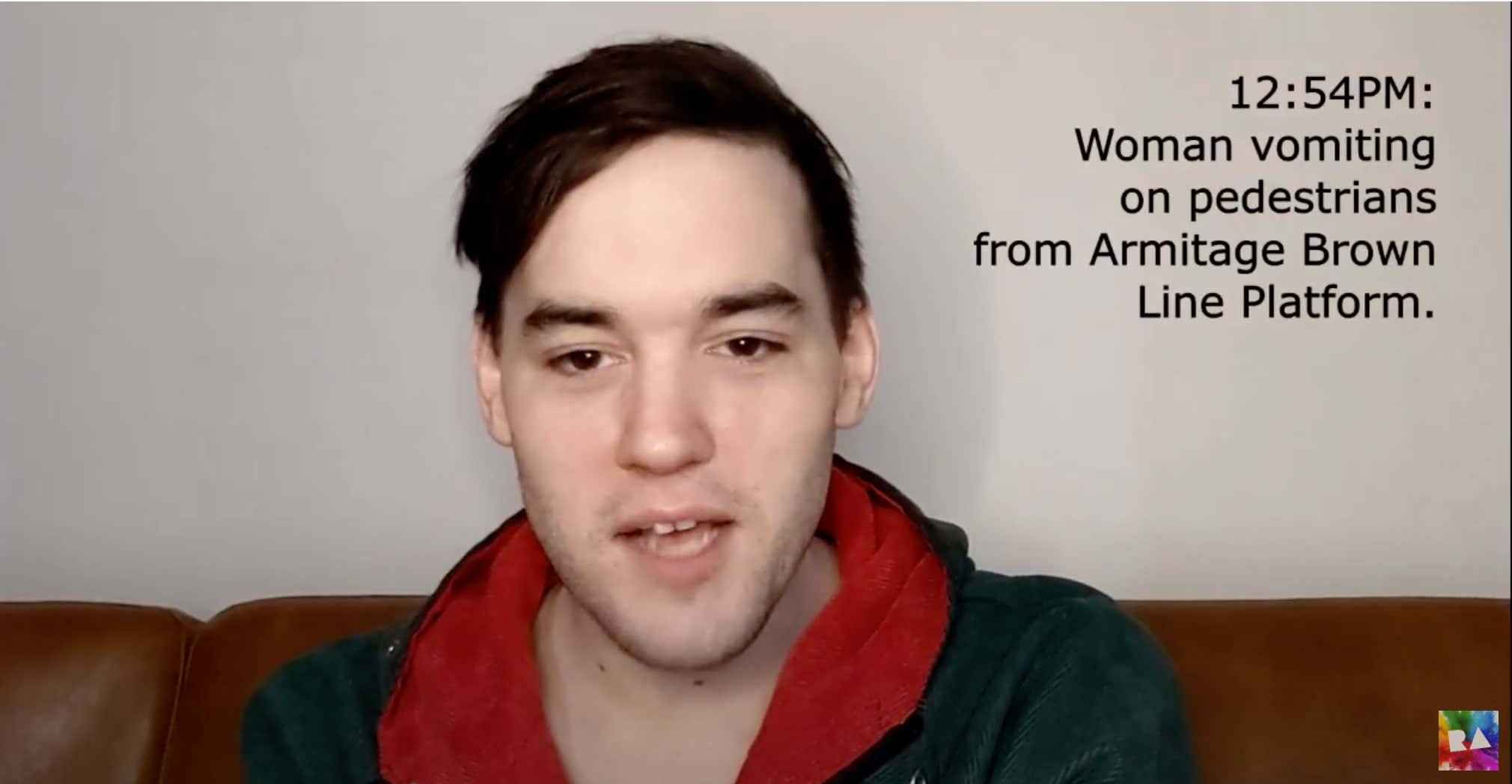 Give this chick the electric chair. Barbaric. 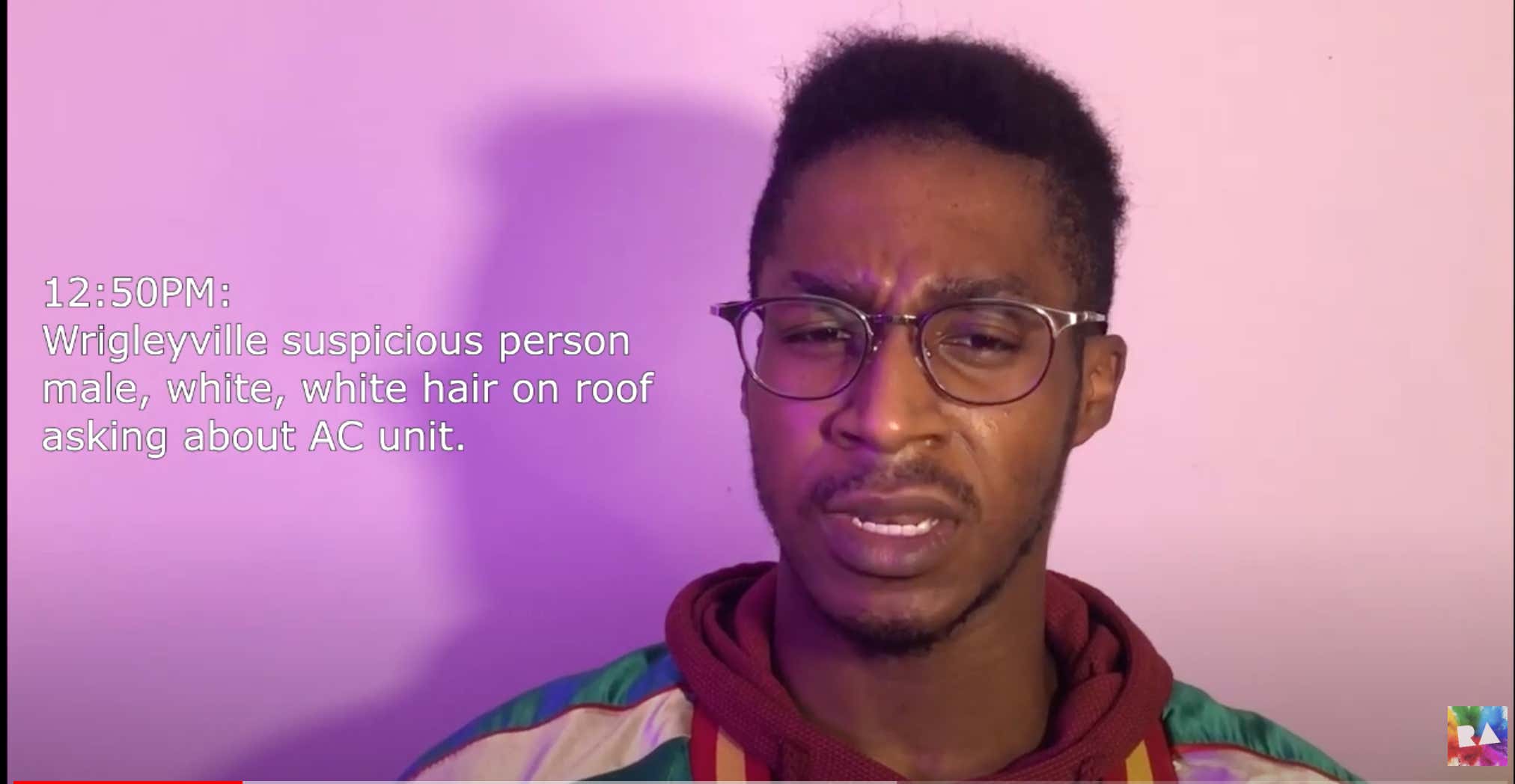 Clearly a terrorist. If you see something say something. Good on this lady for using police resources responsibly. 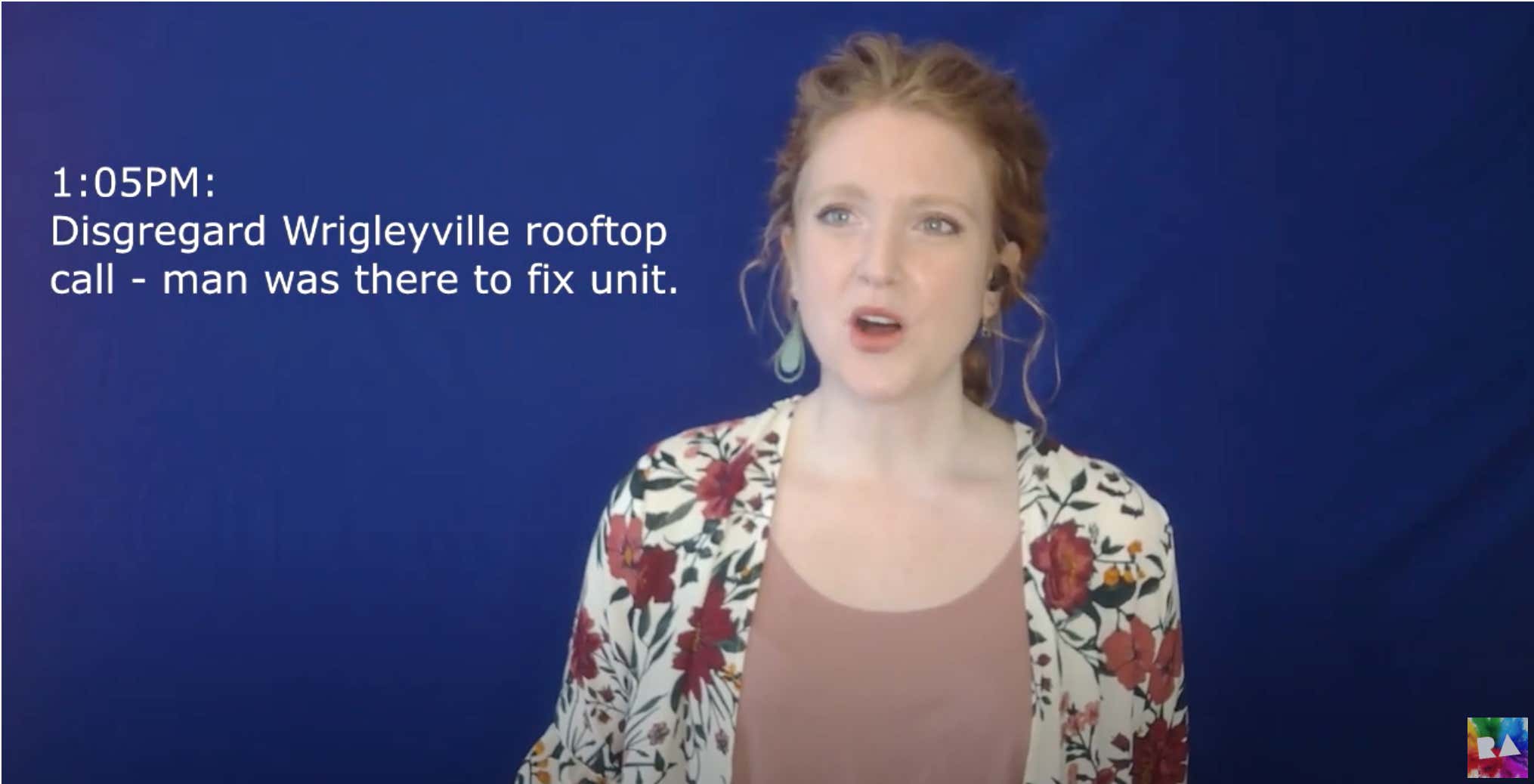 Yah no shit lady. Move back to Naperville. Trust me.

This is very on-brand for Sutherland's. Basically the wild west.

There's only one way to fix this…

It was 45 and sunny. Let him live for crying out loud.

My buddy Justin did this on a dare back in college one year. Best idea ever until he hit the water. He couldn't find a way out of the water. Once a boat picked him up and he came back ashore, he froze his dick off the rest of the day until he drug his ass back up to Rogers Park on the El. 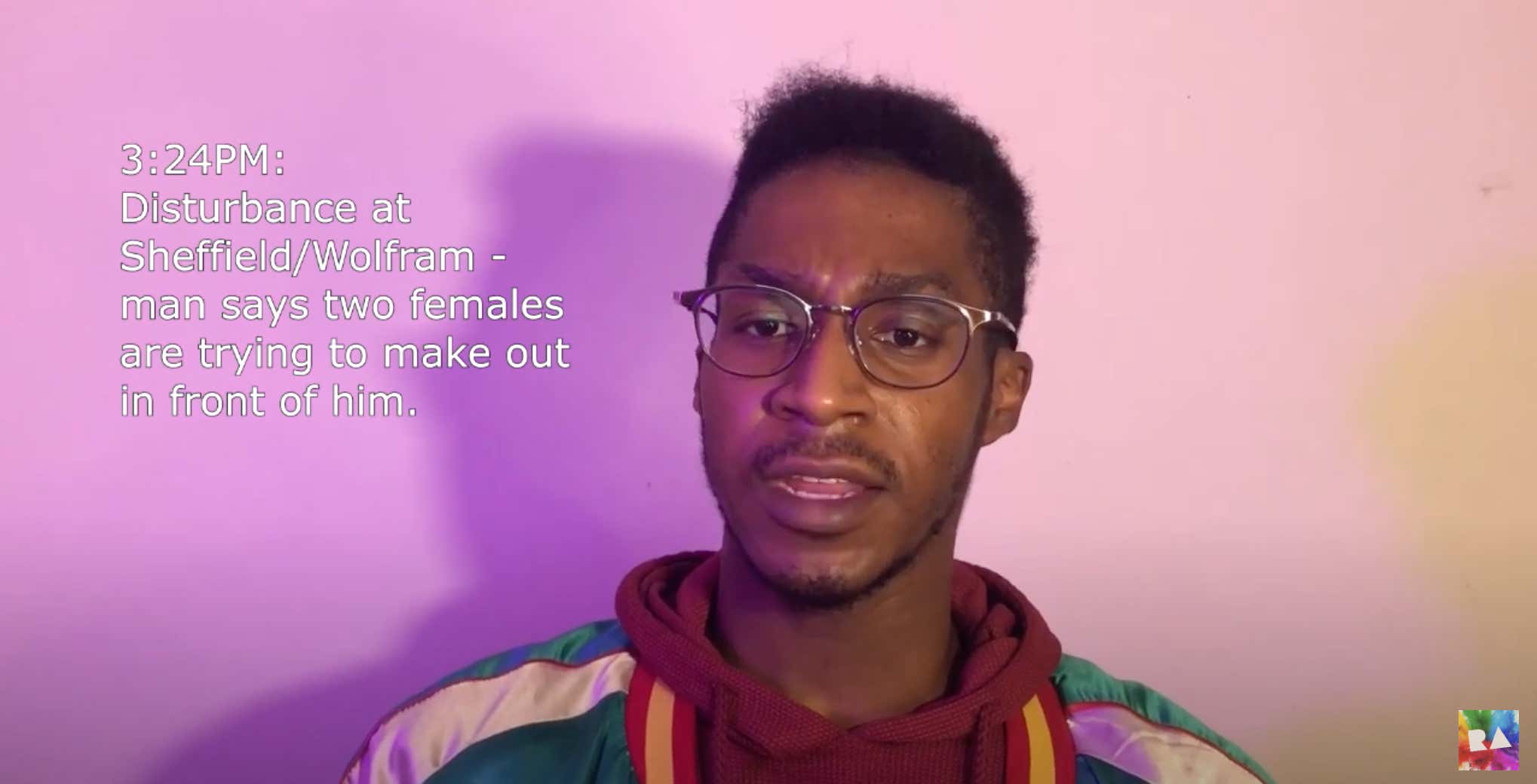 This is called great teamwork boys. Props to the caller for putting the bat signal out, and props to the operator for putting out the call to all the boys (and girls) in blue in the area so they can make a stop and "check on the situation". When the team works the dream works. 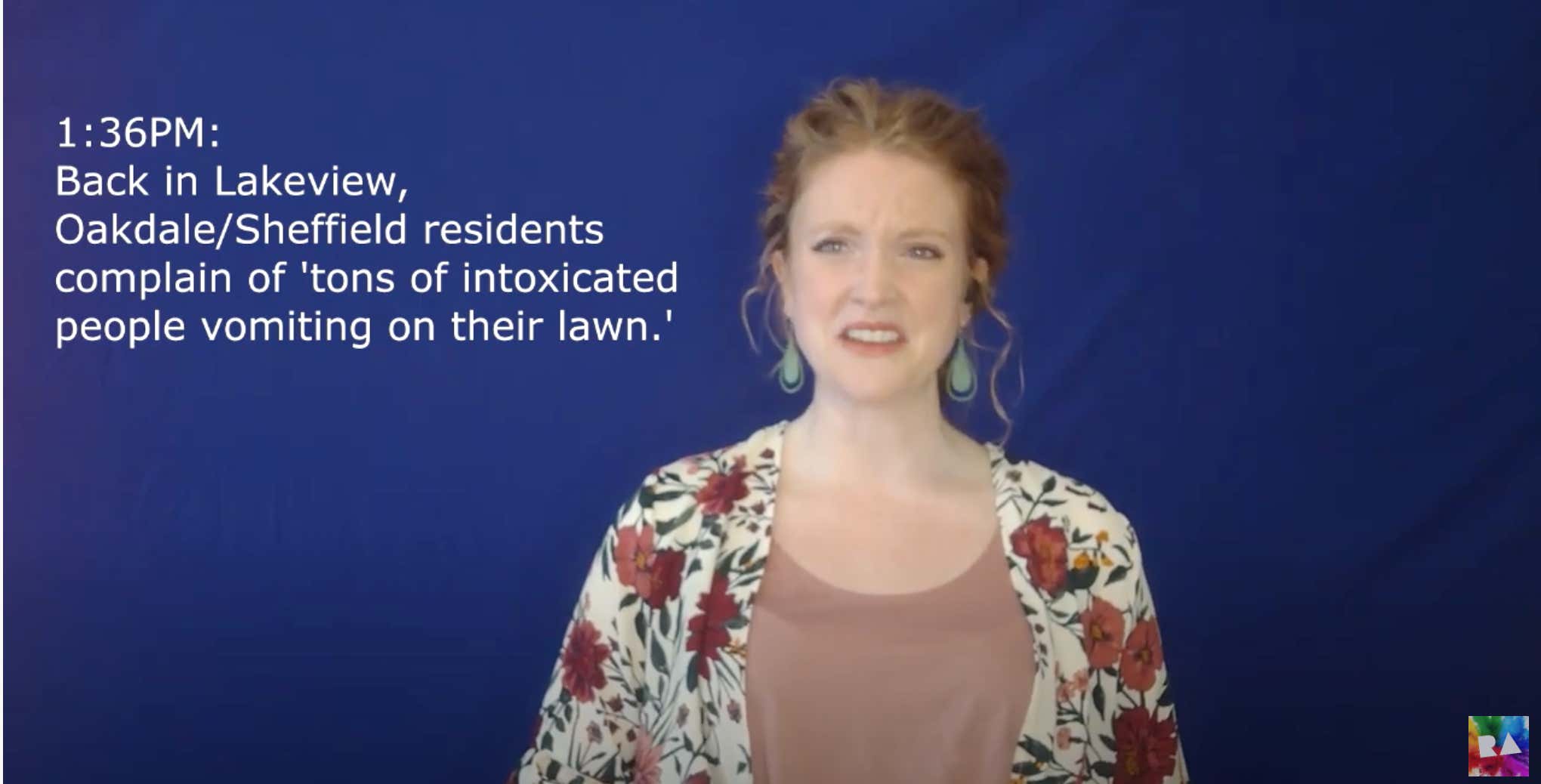 I'll never understand why real estate companies aren't forced to issue a notice educating buyers and renters on what they're getting themselves into before signing a lease or buying a place in Wrigleyville. You're moving to WRIGLEYVILLE, you morons. People throw up on your lawns on Tuesdays in May during Cubs homestands. It's called fertilizer.

"My father is a lawyer"

Also props to Griddle 24 for charging cover like Bounce next door. Pro move. How many drunk girls stumbled into this place this weekend thinking they were cutting the line at Bounce, sat down and had no idea they were at diner? Gotta strike while the iron is hot baby. 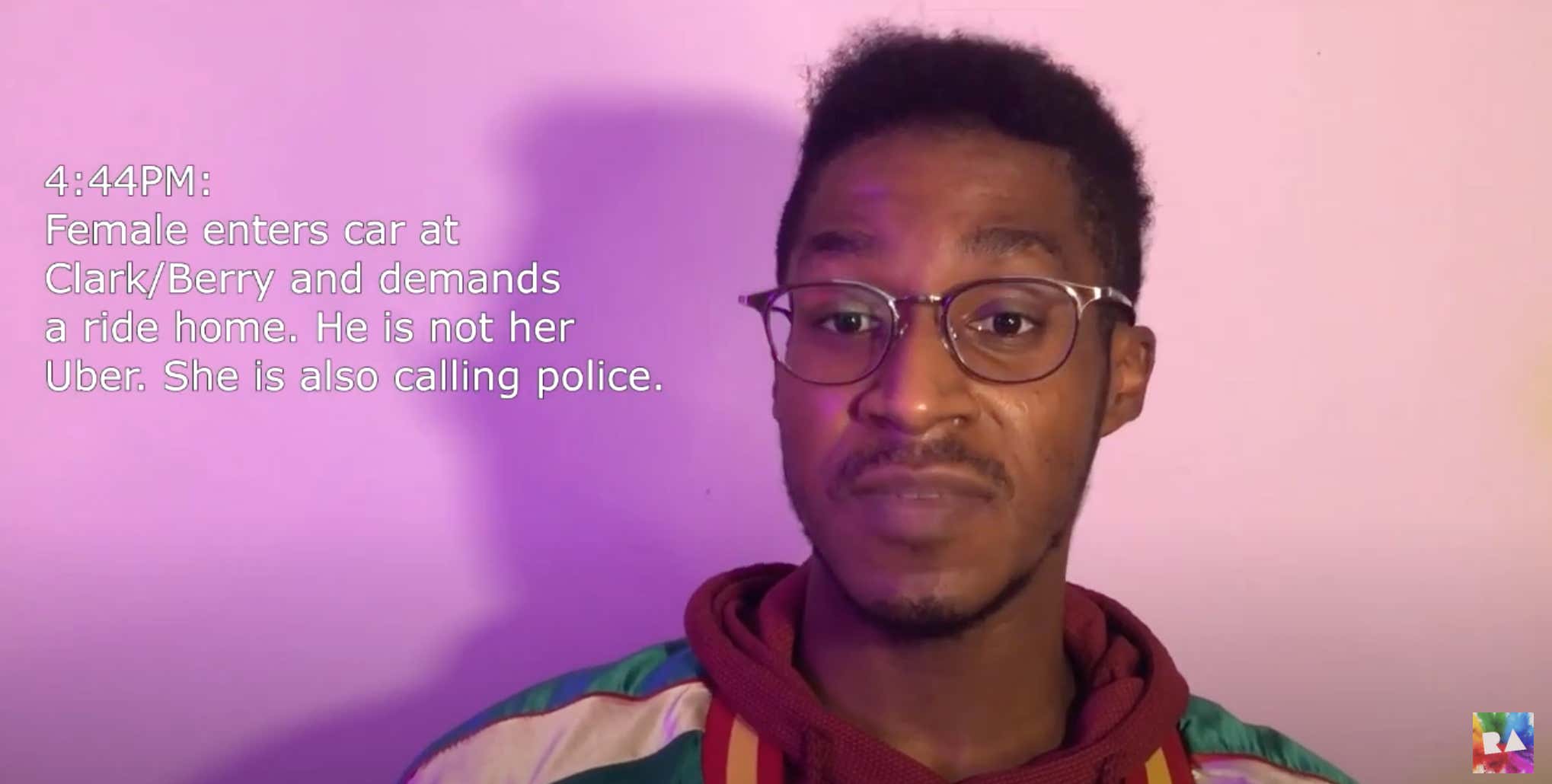 I love this one. So hammered she not only got in the wrong Uber but then refused to believe it was the wrong one so called the police on the "imposter".

Hopefully, they asked for Tony LaRussa's autograph after they broke his window.

"I decided to surprise Lance by showing up at Keeper's and I walk in and he was making out with that SLUT Beth!" 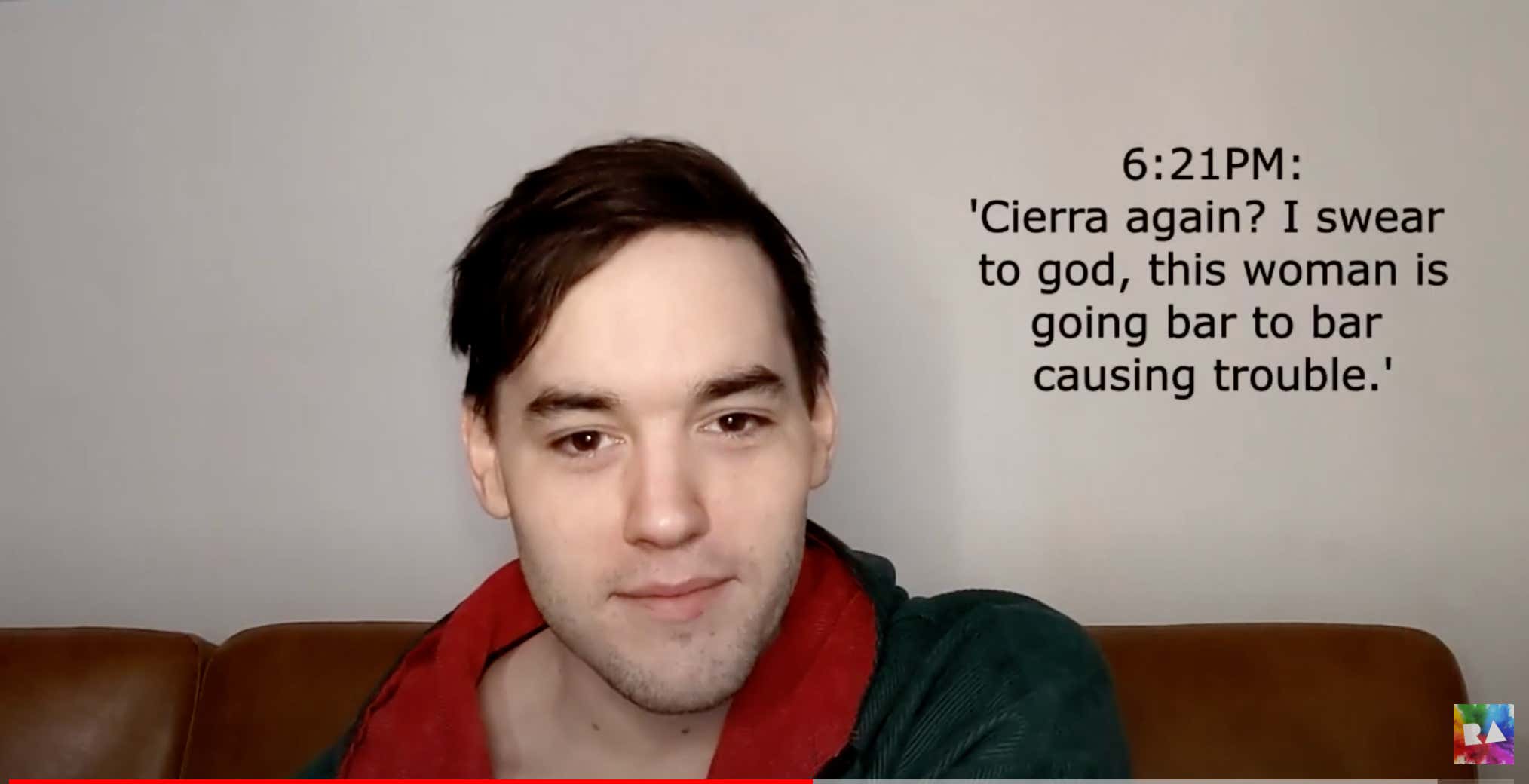 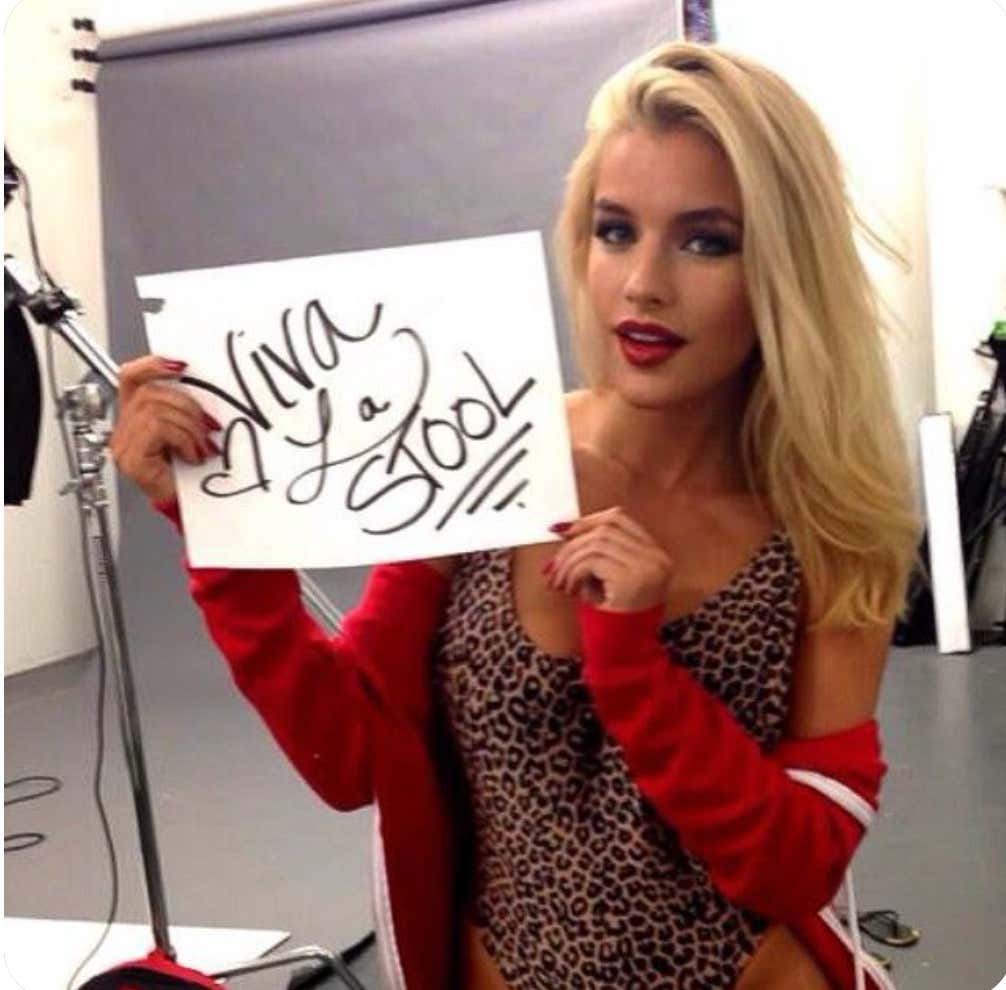 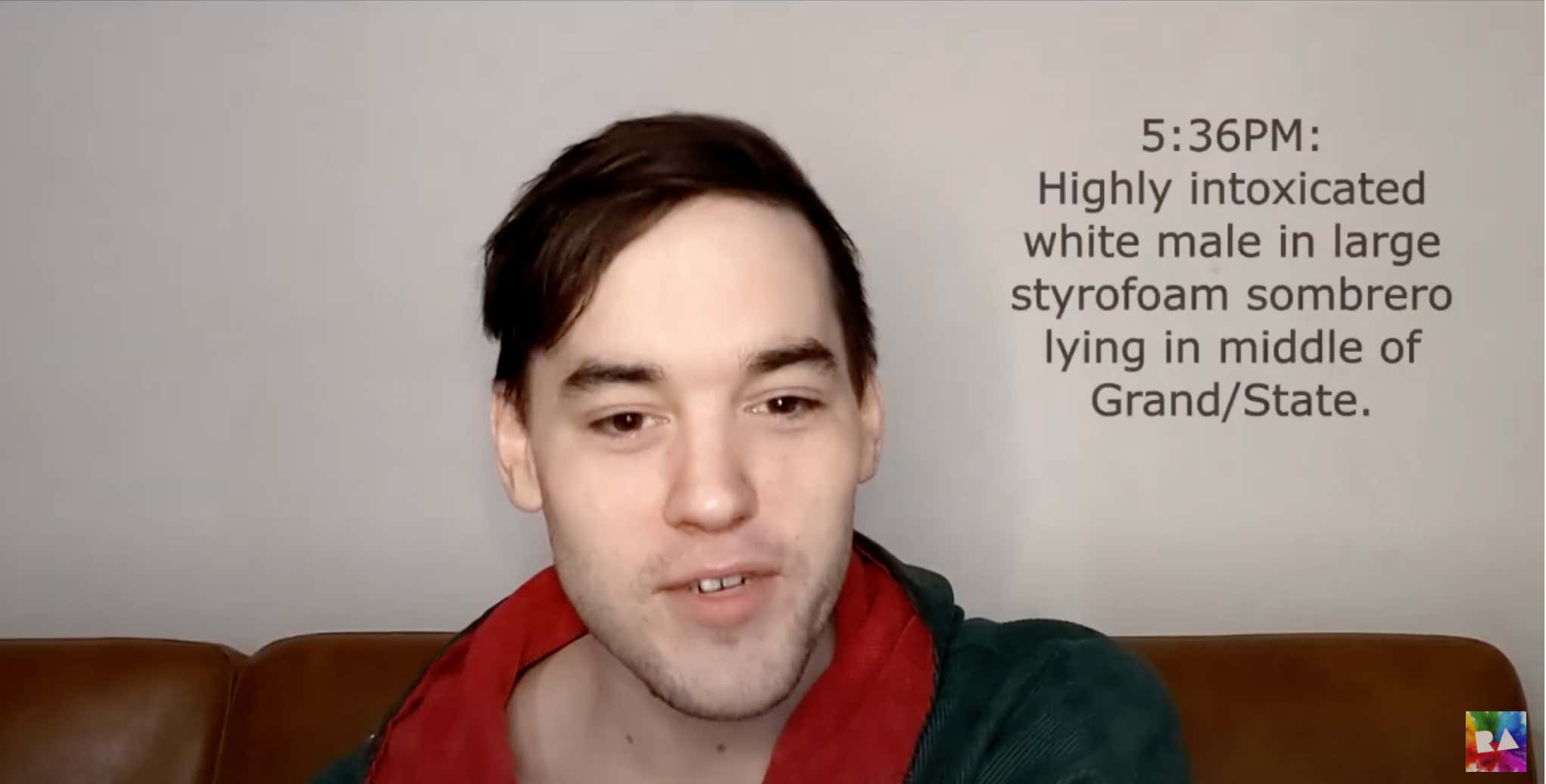 Poor guy. Not the block you wanna be passed out on. Head a swivel near that 7-Eleven at all times.

Credit where credit is due, these two being delusional enough to show up at the South Side Irish parade takes brass balls

The Northwest Side Parade also doesn't fuck around

Sorry but not sorry for the second Home Alone 2 reference. 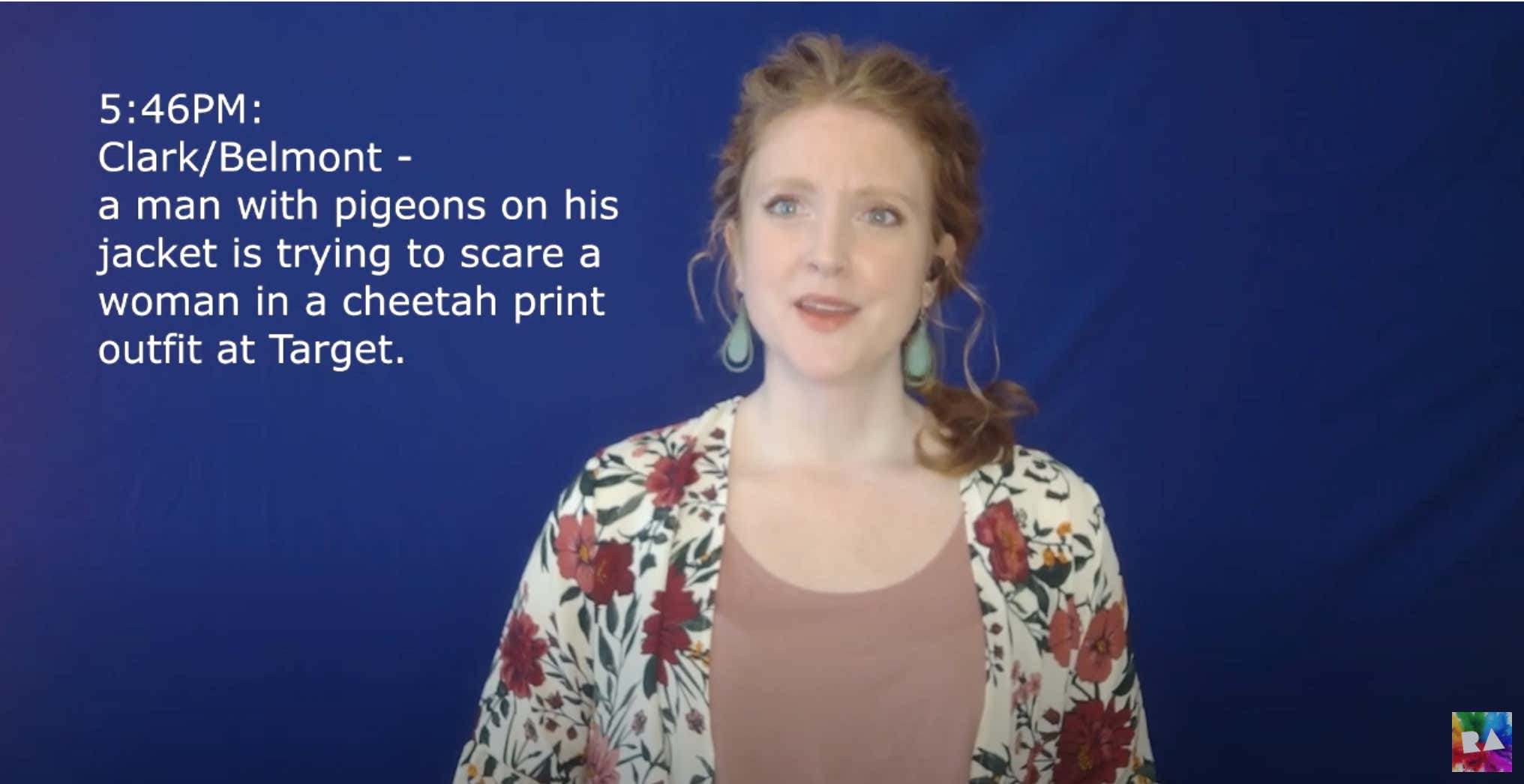 I've been told babies are soft and flexible for this reason? 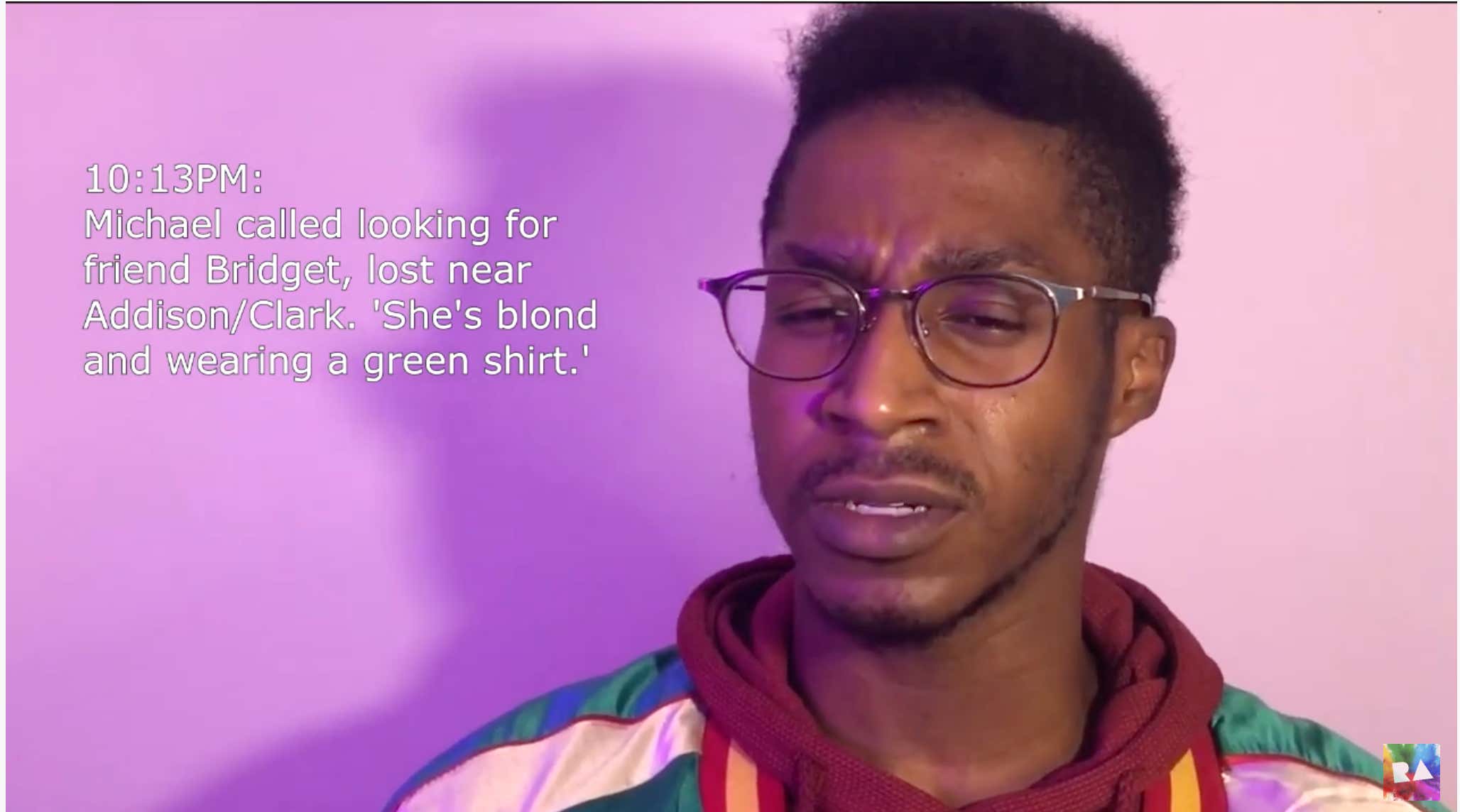 No problem. Should be easy to find. 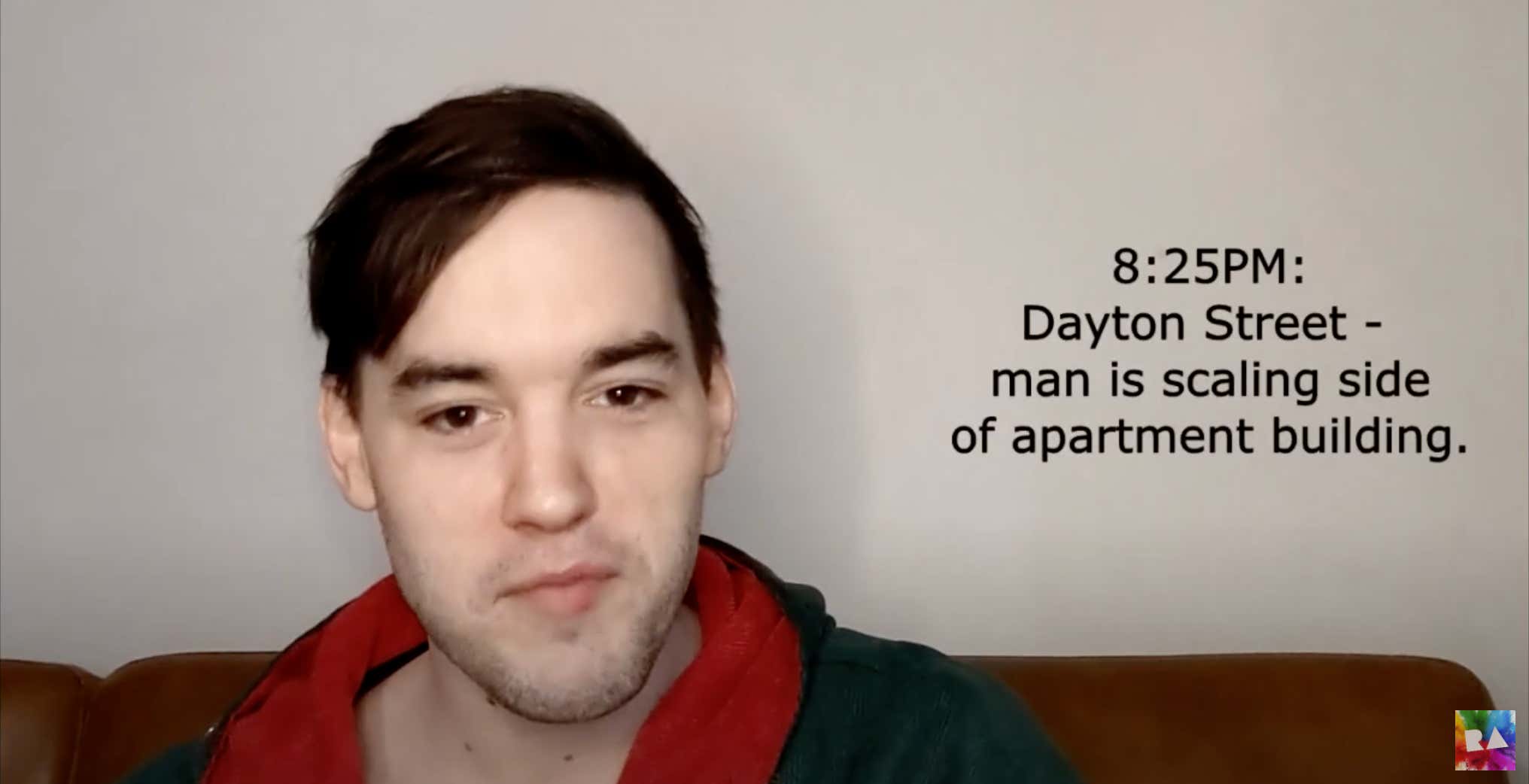 Nothing worse than losing your keys and needing to shit. 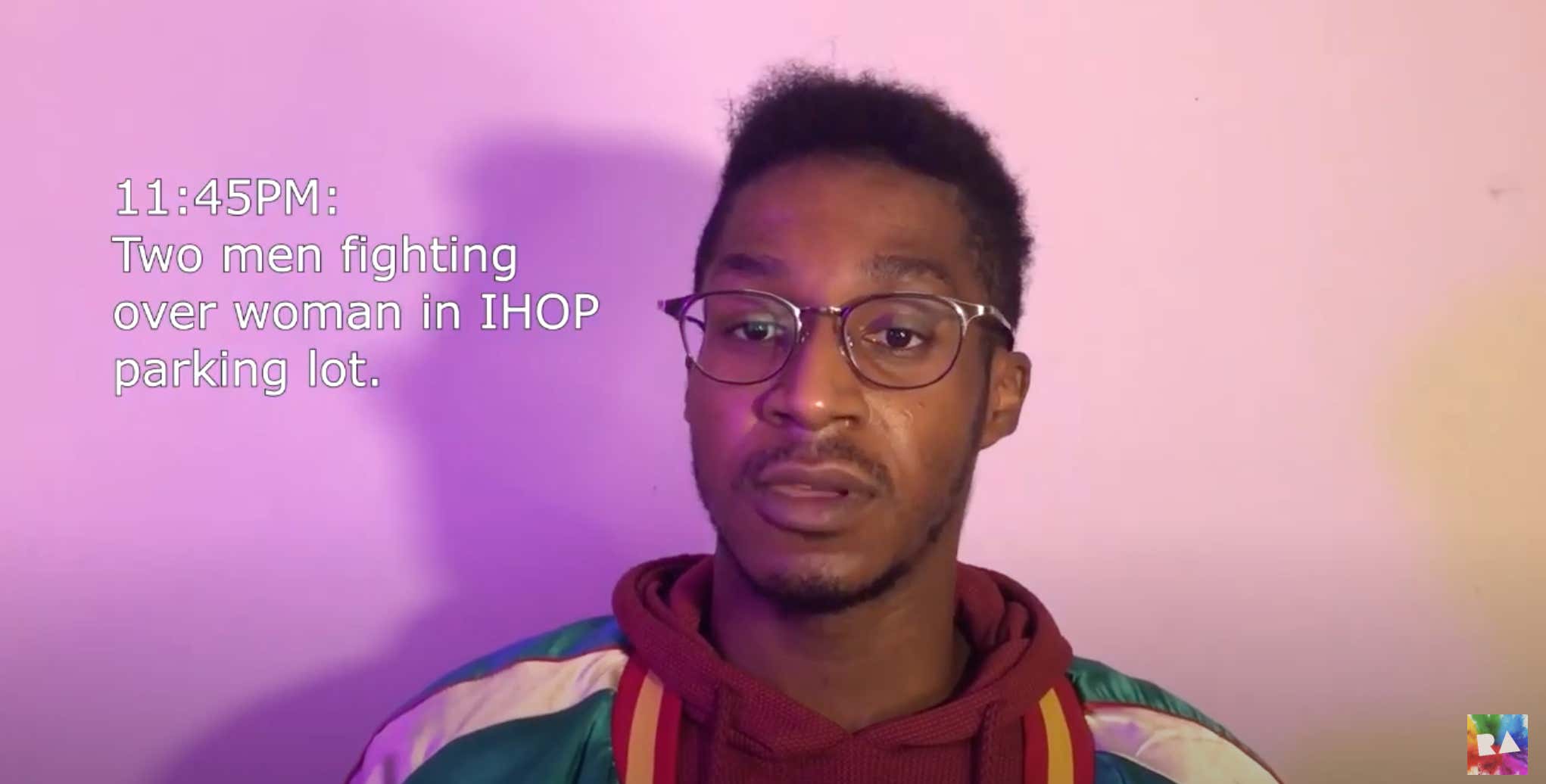 Who said chivalry is dead?

We've all been Fernando.. 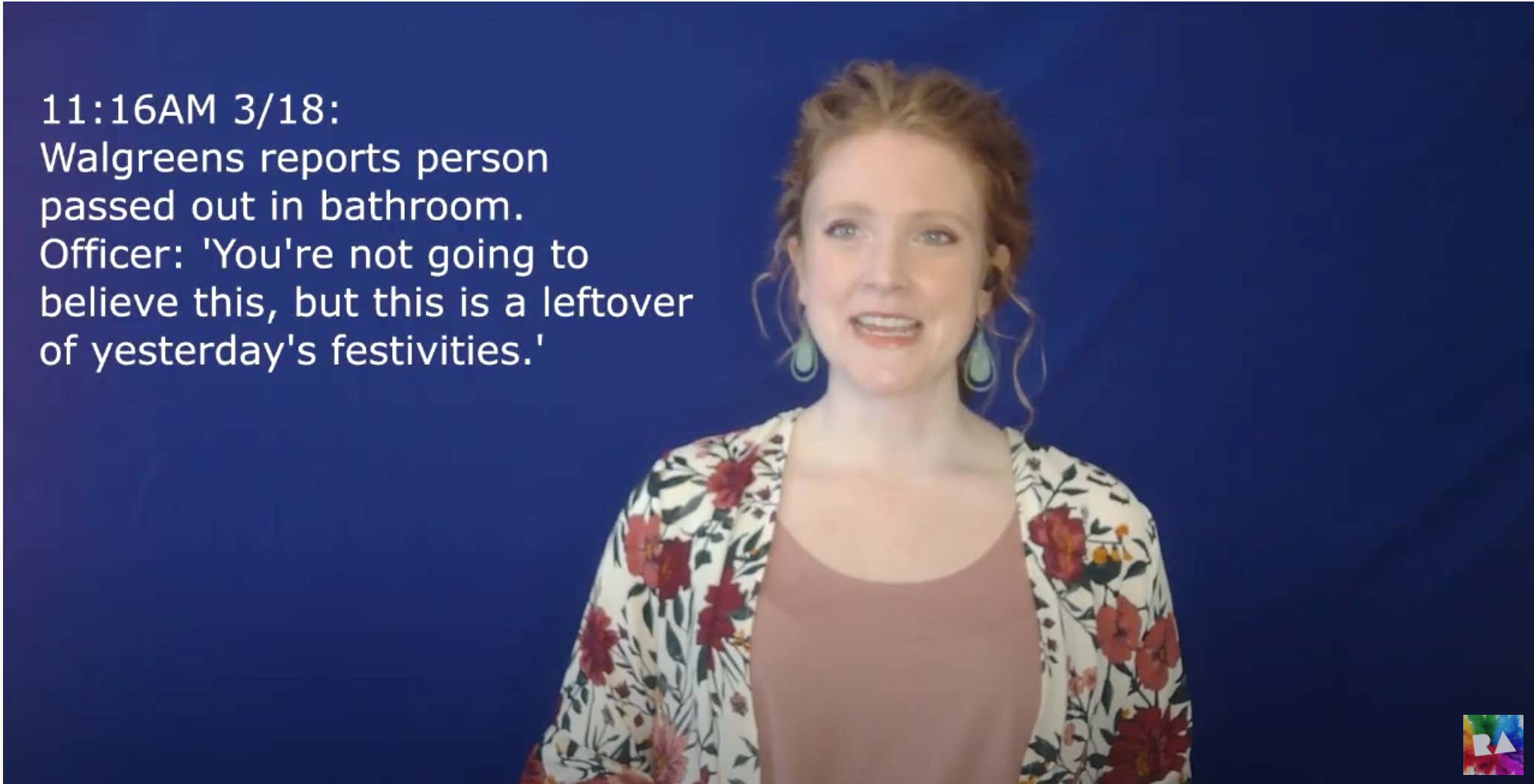 This is unreal. If anybody knows who this girl is can you please let us know so I can line her up for Dog Walk. Need to ask her some questions.

A reminder that despite its warts and all the issues caused by terrible leadership, we still live in the greatest city in the country.