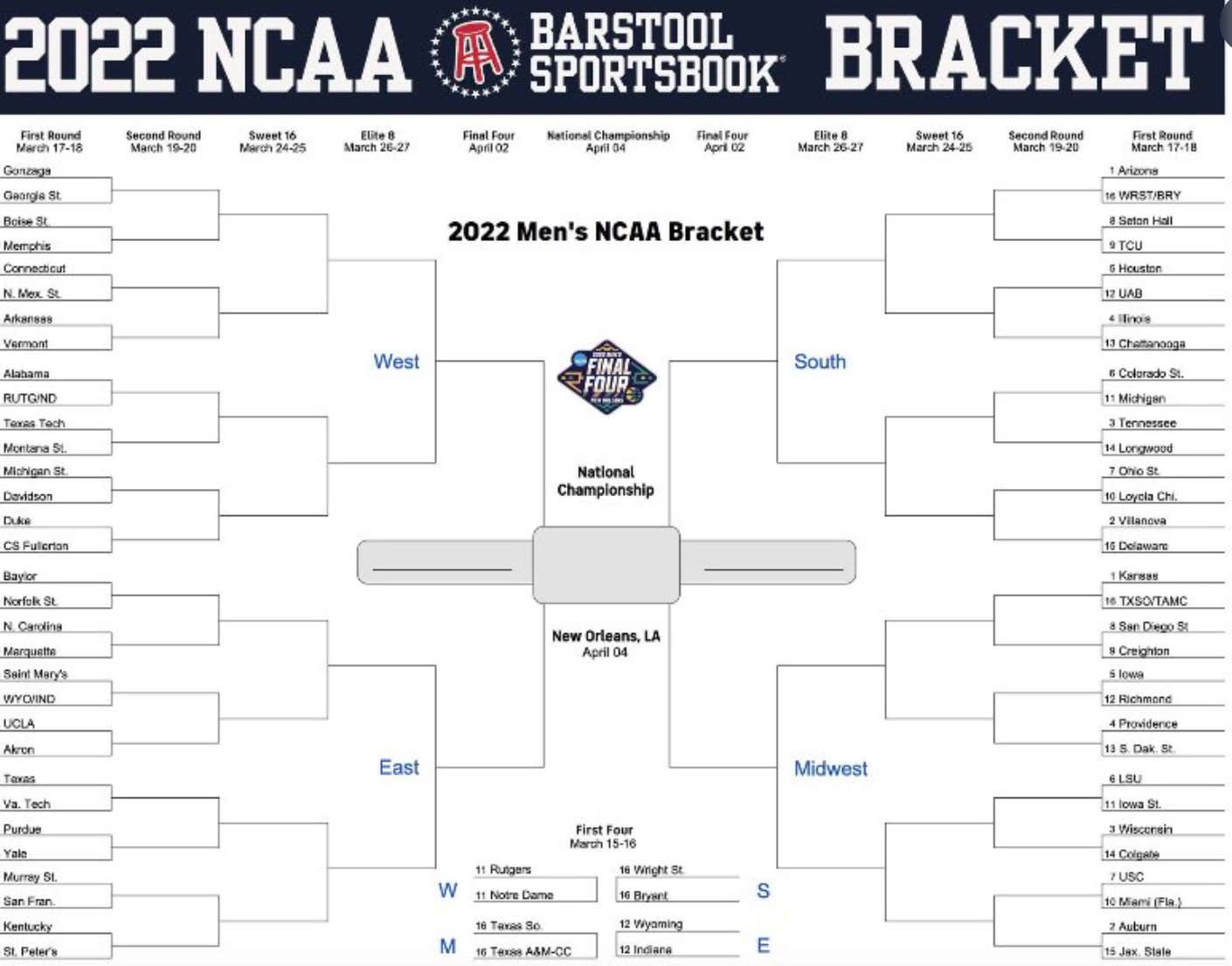 Alright so we had the Bench Mob live show and then recorded a podcast after. I apologize for the delay, such is life. So let’s get right into it. As always I'll have my bracket, picks, breakdowns and all that shit on the blog throughout the week.

- Conference Tournament's simply don't matter outside of automatic qualifiers. Look at how the seedings worked out and simply it doesn't make a ton of sense. Teams should have made more a jump up/fallen, etc and they just don't. This has happened every single year and every single year it baffles me.

- Gonzaga has a favorable, favorable draw to the Sweet 16. That's fine. It should be that way when you're the No. 1 overall seed. But it's what people are going to talk about so we had to mention it.

- UConn almost feels like an afterthought in that region because of the names everywhere else. Gonzaga, Duke, Memphis as a sneaky pick everyone loves, Texas Tech and Michigan State as a brand name. That's where people immediately go and somehow UConn feels forgotten about.

- The sexiest 'upset' picks are going to be Indiana over Saint Mary's, Michigan over Colorado State, UAB over Houston, South Dakota State over Providence, Virginia Tech over Texas and Iowa State over LSU. They will not all win. In fact less than half will win. It happens every single year, you've been warned.

- Don't care for Kentucky potentially playing Murray State in the Round of 32. Do not care for that one bit.

- Loyola as a 10 seed again is going to be the 'oh they were underseeded.' Murray was underseeded.

- The bottom half of the bottom right bracket is the same as last year. It's going to be a shitshow. Remember Rutgers had Houston on the ropes and would have been the highest remaining seed. You have LSU without Will Wade now. You have Iowa State who doesn't have any confidence. You have to see how Johnny Davis is with his injury. It just smells like mayhem all down there.

- Watching Jake Marsh realize it was Vermont vs Muss was a highlight of Selection Sunday.

- The best part of it all is getting to feel normal again. We have sites and matchups and all the blue bloods and everything else. Fuck yes.

Also we have a Bench Mob bracket challenge. Click here.