Source - Defensive lineman Trey Flowers was a big prize when free agency opened in 2019 and he wound up signing a five-year deal with the Lions, but his run in Detroit is set to come to an end with the start of free agency this year.

Dave Birkett of the Detroit Free Press reports that Flowers has been informed that he will be released when the new league year starts on March 16.

It's a tale as old as the Patriots Dynasty itself. Man becomes a Patriot. The Patriots make him great. Patriot plays crucial role in winning a championship. Jealous opponent wants to win championship too. Opponent way overspends for Patriot. New Team can't figure out how to make player as great as he was as a Patriot. Buyer's remorse kicks in. Team releases player. And - in the best of situations - player becomes a Patriot once more. Greatness ensues.

It's happened so many times where playing in the Pats system has made someone rich far beyond what he could've earned otherwise, I don't have the time or the motivation to list them all. But just try to remember how much the Jets regretted getting Darrelle Revis back after he helped win a Super Bowl here in 2015. He made a smart business decision to let the Jets tamper with him. And to their shock and dismay, every potential tackle he was faced with from there on became a business decision, one that he chose to sit out. He's just one example, but a typical one.

Instead, I'll talk about some of the guys who left Foxboro for big money, found that success eluded them elsewhere, and then returned like prodigal sons. Deion Branch for one. Pat Chung for another. Plus Brandon Bolden. Jamie Collins was originally traded, but he's come back twice since. Kyle Van Noy is another. Trent Brown of course. Some others. And now, it feels like Flowers would be the ideal candidate to - borrowing a phrase here - get back to where he once belonged.

Matt Patricia made Flowers a very rich man as he tried to change the loser culture in Detroit by giving him a 5-year, $90 million, $18 million per year, $40 million guaranteed deal. And it worked out. For a season. Thanks to injury and ineffectiveness, Flowers has been a shadow of what he was the last two seasons. The former 101st pick out of Arkansas went from these numbers:

What did those first four seasons have that the last couple haven't? Health, obviously. But also Patricia, who was fired by the Lions part way through 2020. From all the published accounts, as well as the won-loss record, not many Detroit players responded to the hard brand of coaching he learned in New England. Flowers did. And if he wants to get back to his peak at the tender age of just 28, the coach and the system he thrived under are still here where he made himself worth $40 million guaranteed.

Not to mention what Flowers did when it counted most. Like this unforgettable gem:

That sack, and the penalty that followed, knocked the Falcons out of the range of a field goal that would've effectively put the game out of reach. It followed a 1st down at the Patriots 21, the deepest penetration any offense had a 1st & 10 situation that resulted in a punt all season. It was just one of Flowers' 2.5 sacks in that one, part of his 5 QB hit night, with 2 TFLs. Just a monster game for Flowers. One of many he had in the postseason here.

There's been some talk about Chandler Jones returning, but I don't see it. He's a phenomenal defensive end, no question. He's lived up to the contract Arizona gave him. I just never felt like he was the system fit here that Flowers was. Too vulnerable to misdirections and prone to getting caught diving inside when he should've been holding his edge. A pure pass rusher, for sure. But that's not who the Patriots employ. Flowers is a more versatile defender, which is why he belongs where it began for him.

It just makes all the sense in the world. He comes back to New England on a 1-year, team-friendly Prove It deal. He gets bookended opposite Matthew Judon in the place he's most comfortable, playing for the coaches with whom he's most familiar. Then after another successful season, some other team pays him a big deal loaded with bonuses and guarantees. Then he maybe returns a few years after that to retire a Patriot. It's all so perfect, it's probably already been worked out and they just have to wait to announce it. 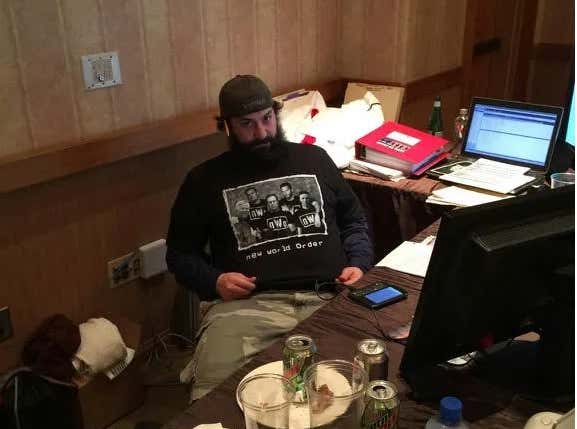