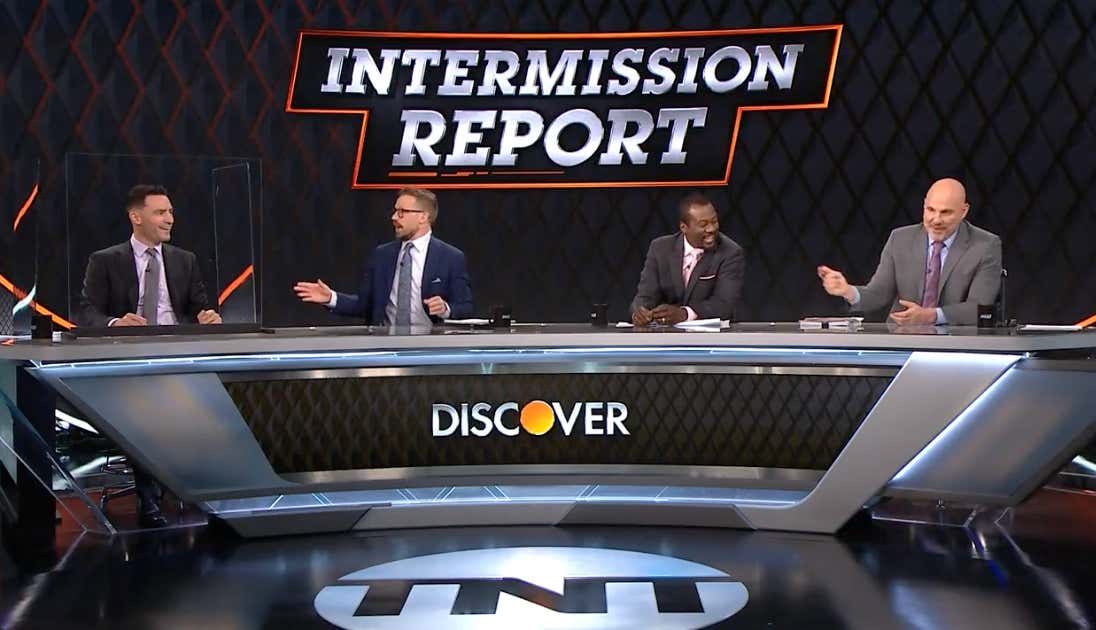 Paul "BizNasty" Bissonnette had multiple seasons in his career where he spent over 100 minutes in the sin bin. 115 PIMs in the 2006-07 season with the Wheeling Nailers in the ECHL. A whopping 145 penalty minutes in the 2007-08 season with the Wilkes-Barre/Scranton Penguins in the AHL, which he then followed up with a staggering 176 penalty minutes in the 2008-09 season in the AHL. You can also combine the 22 minutes he spent in the box during his 15 games with the Pittsburgh Penguins there to put Biz just one minor penalty away from hitting the 200 mark. The year after that he was sent to Phoenix to play his first full season in the NHL where he made himself a regular in the box with 117 penalty minutes in 41 games. 4 seasons, 3 leagues, 624 total PIMs across the board. Pretty incredible stuff.

But just because his playing career is over doesn't mean that Biz isn't going to stack up those frequent flier miles to the penalty box. And as it turns out, saying "shit a brick" on TNT is enough to earn you 2 minutes of feeling shame.

And like a true vet, he argues the call on his way into the box. Just like riding a bike, you never forget. I know we're a little deep into the year, but here's to hoping we have another 100+ PIM season left in the tank.

Sidenote: I love Biz as an "analyst". But as an evaluator of talent? He knows nothing. I mean he said that I was a total bender after the Chiclets Cup. Me. Jordie. The blogger from Barstool. But little did that pigeon know that I've got a release on my shot that would make Auston Matthews blush.

Does that look like the snipe of a bender to you? Didn't think so. #BizWasWrong\