Full clip is on ESPN and i refuse to to hyperlink.

To preface this, Orlovsky has this longstanding non-belief in Herbert and I can't quite explain why. Here are some examples. 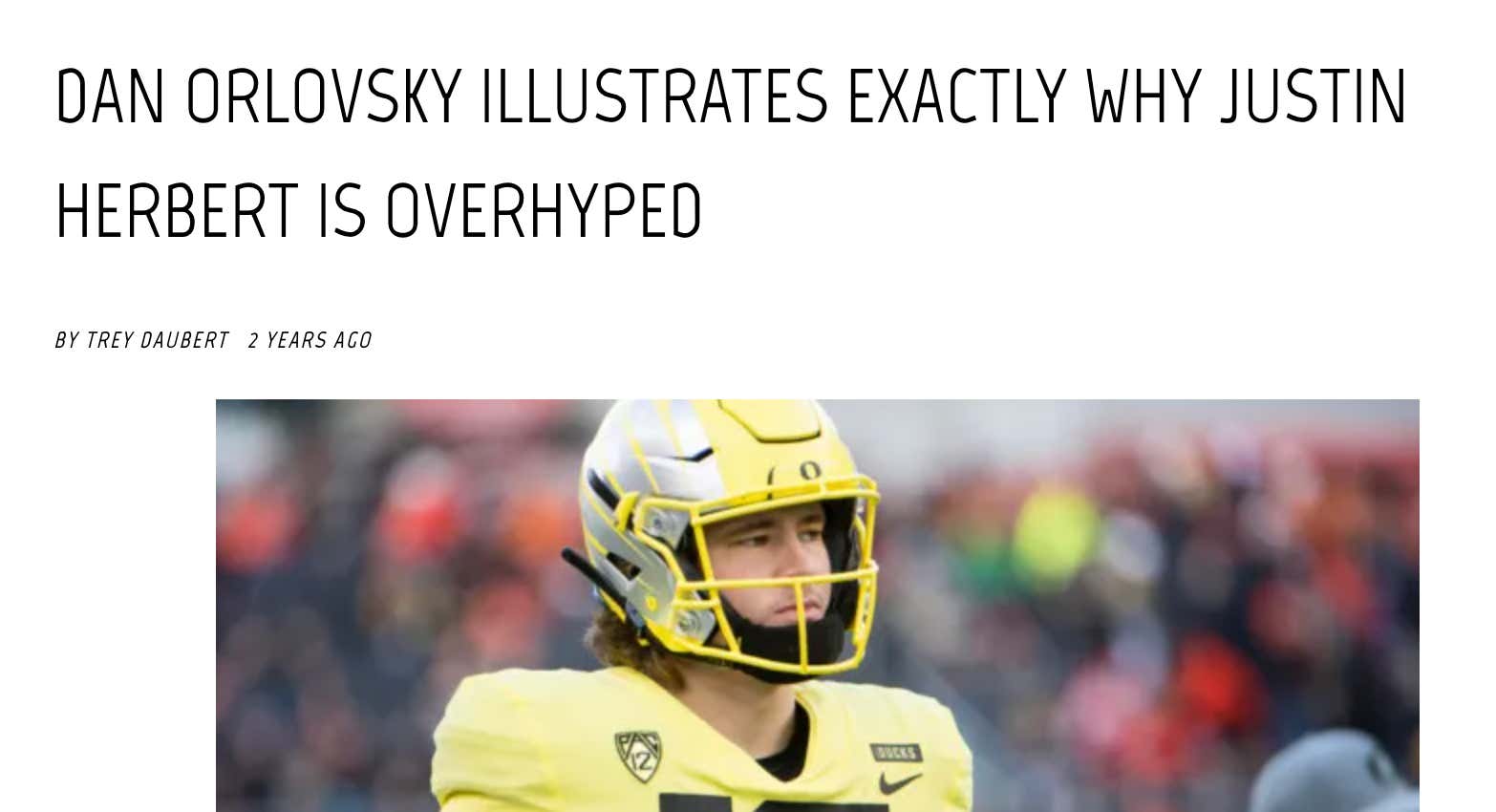 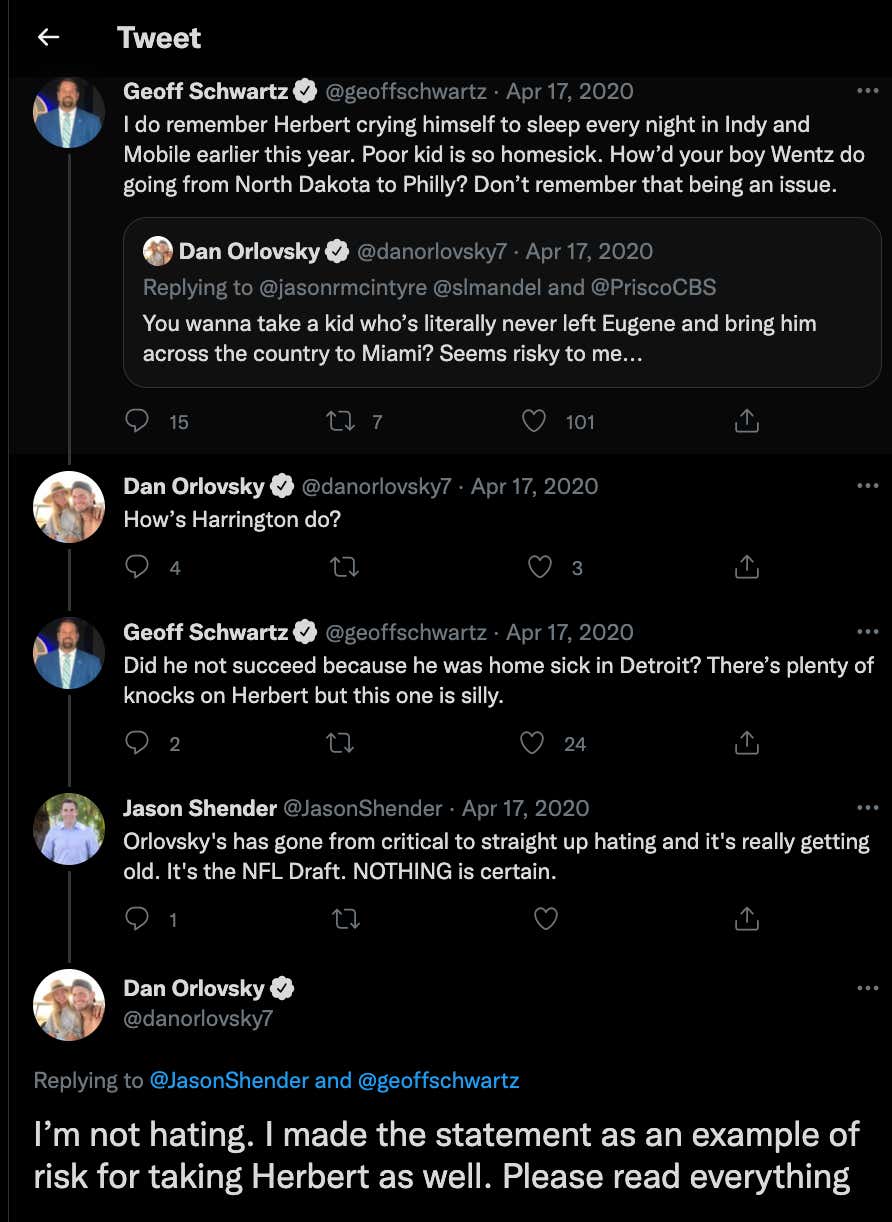 He's been a hater of Herbert right from the word go and I can't understand why. He changed his pre-draft "mediocre" stance on Herbert after he won OROY and had the best rookie season by any QB in NFL history, but he still finds ways to dis-credit him. Let's focus on this debate of Wilson v Herbert for the next 5 years.

Here is a QB comp. One of these is a QB's rookie year. The other is a veteran's best statistical season.

Can't tell which one is which? Then I think you know which QB you should want for the next 5 years. Herbert only got better better in his sophomore campaign, ending the season as one of the top statistical performers in the league.

Here is another interesting comp as far as QB progression goes:

So where exactly is Russell Wilson better than Herbert at age 33? He gets more yards on the ground, and he has a playoff pedigree. But how good actually is that pedigree and how important is that? Wilson was drafted onto a team that had one of the most prolific defenses in NFL history for his first few years. In fact, the 2012-2015 Seahawks are the only team in NFL history to be #1 in DVOA for four years in a row. Since throwing the super-bowl losing interception in 2015, Wilson has not gotten past the divisional round. Contrast that with Herbert.

In every area that a QB can control, Herbert is better than Wilson. That is not saying that Wilson is bad by any means. He was one of the best QBs remaining in the NFC and Denver is really lucky to have gotten him. But let's further simplify it by framing the question in Orlovsky's statement.

Let's say the Broncos had two offers accepted. One for Wilson and one for Herbert and both for the same price. If Denver chose Wilson over Hebert, would there be riots in the streets of Denver? Would the Goodell intervene and put the teams general management into a conservatorship? Would the entire NFL world explode on them for being absolute MORONS? The answer to that is YES!

So what is it? Haterade? Brain worms? You make the call.