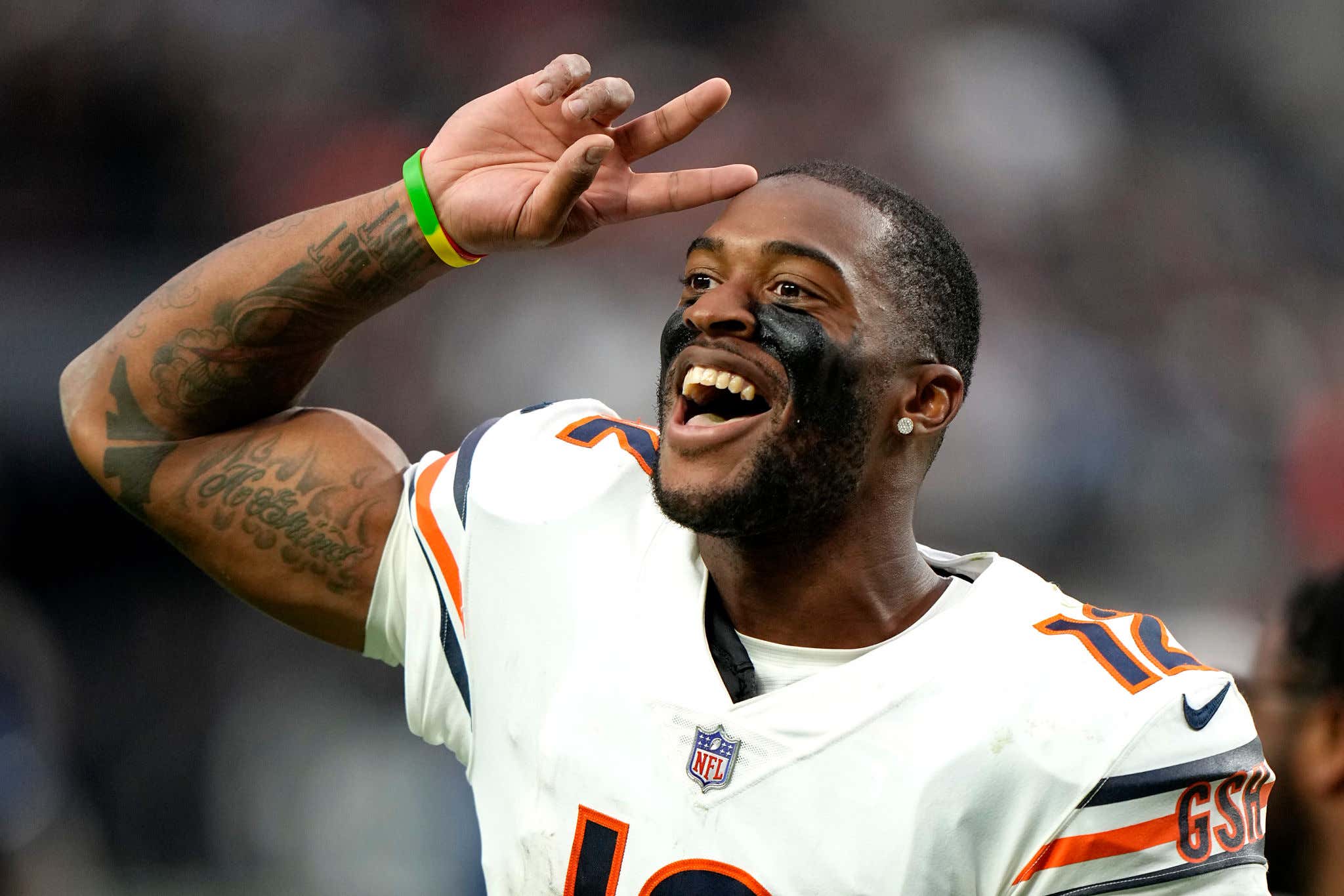 Another day, another high-value target of Bill Belichick's apparently insatiable lust for a true WR1. First it was Calvin Ridley (dodged a bullet on that one). Robby Anderson has been mentioned. Some have reported a huge amount of interest in "perfect fit" Amari Cooper.

This time, it's Allen Robinson II, among other unspecified names:

Holy smokes. From Do Your Pod guest Mike Giardi's thumbs to God's ears. Would that this were to come to fruition.

With Davante Adams and Chris Godwin - who were probably never within the Patriots grasp to begin with, Robinson is a coin flip with Mike Williams as the best free agent wideout on the market. And with Orlando Brown also off the board, he's one of the top six or seven available FAs at any position.

Unlike Ridley, Robinson will be available before 2023. Unlike Anderson, there's no debate about whether he's appreciably better than Kendrick Bourne and therefore not really the No. 1 receiver they need. Unlike Cooper, there's no concern about the fact he's sort of underachieved. Quite the contrary, in fact.

For whatever cruel twist of fate has befallen Robinson throughout his college and pro career, he's never been paired with a top level quarterback. Maybe he failed to help some old beggar woman who was really an enchantress testing him, so she cursed him to a life of getting his catch radius tested by the likes of Christian Hackenberg (Penn St.), Blake Bortles (Jacksonville), Mitchell Trubisky, Nick Foles Andy Dalton, and a rookie Justin Fields (Chicago). If I'm Belichick, that's the premise I'm going with, as I try to convince him that the only way to lift the spell is by performing an act of kindness. To break the enchantment by coming to New England on a team friendly deal, and be the one who will turn Mac Jones from promising young QB into the superstar he was born to be.

Without a doubt, Mac 10 would be the best passer Robinson has played with. And yet in spite of running routes for this collection of rag arms, he's produced seasons such as:

Last year, those numbers were way down as Chicago's three-headed, zero-armed, Cerberus of Foles, Dalton and Fields took turns being awful in the league's 30th passing attack.

And in a way, his career worst stat line (38 catches, 410 yards, 10.8 YPC, 1 TD in 12 games) might help land him in New England. He needs a bounce-back year. Traditionally (granted with other offensive coaches and quarterbacks running things), Foxboro has been the place to bounce back. According to the best guesses of Pro Football Talk (paywall), Robinson would command three years at about $15 million per, with $27.5 million of that guaranteed. For a player of his caliber, with his profile of 6-foot-3, 211 pounds, and still just 28 years old, that seems like something they could very much find the money for.

Put Robinson out at the boundary where Nelson Agholor was last year (though Robinson played about 25% of his snaps in the slot in 2021), compliment him with Hunter Henry, Kendrick Bourne and Jakobi Meyers and one of the best running games in the league, then pair him with one of the most accurate passers (Jones was 8th in completion %, ahead of Tom Brady with half his receiving talent) and you'll get the kind of production he gave Jacksonville and Chicago in those peak seasons. More so.

Give me this guy and I won't ask for anything else in free agency. After all these years, we deserve nice things at wide receiver.