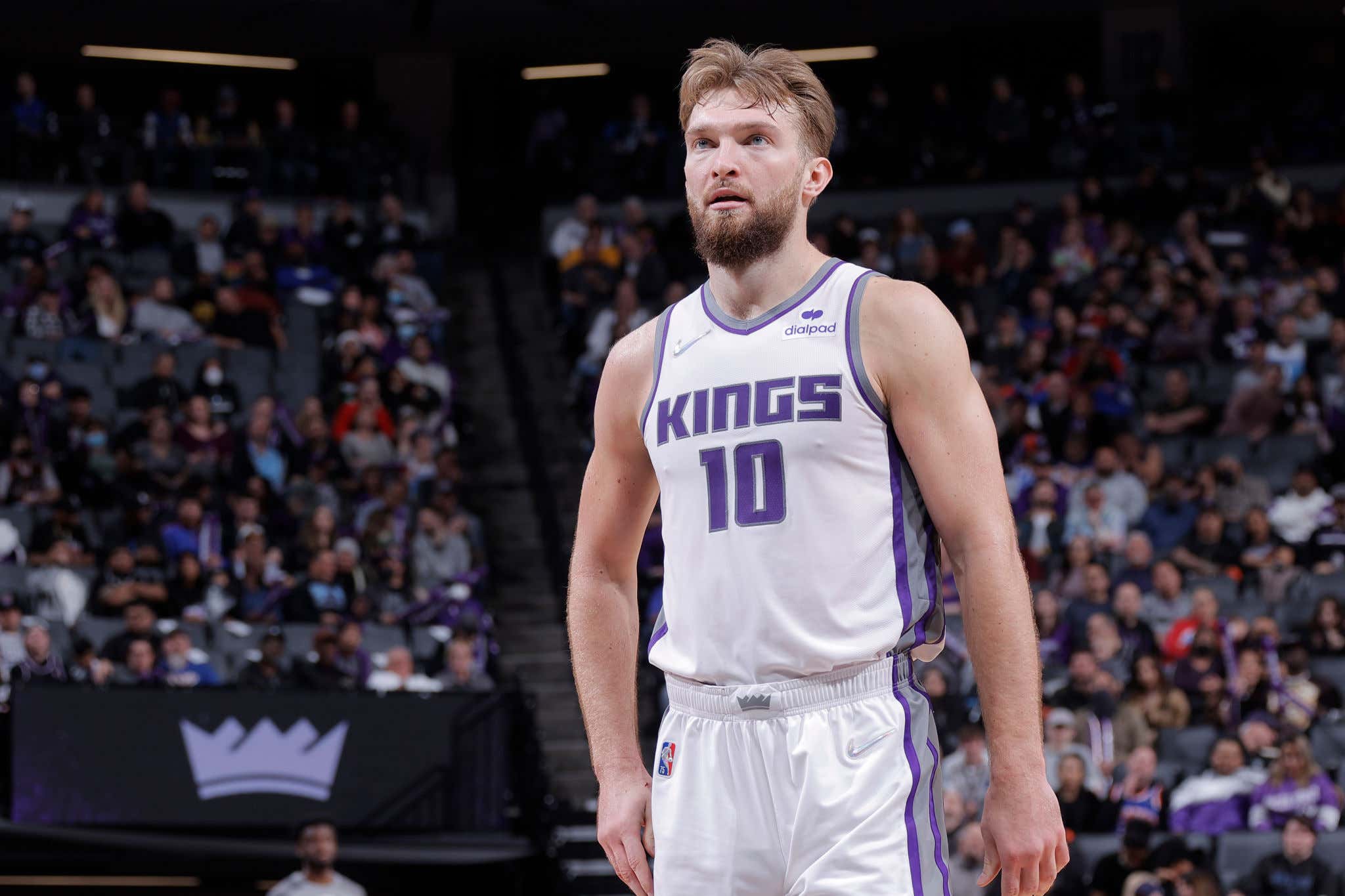 You'll never believe this, but the NBA has a but of a hypocrisy issue on their hands. It all surrounds what happened the other night in Sacramento with the Kings playing the Knicks. In the fourth quarter of a blowout Knicks win, we had this sequence involving Damantas Sabonis

Debatable foul, but whatever that's not the point. The point is what happened next and then how the NBA treated this incident. Whether you agree or not, if you touch a ref, you get ejected. That's fine. They don't really care about context in those situations, it's simply a big no no. Give a guy an ejection and fine and call it a day. Did the NBA do that? Of course not

That seems like a bit of an overreaction. You see, I'm all for consistency when it comes to this stuff. If you want to stick by the letter of the law and not be subjective, then do that. This is not the case with how the league has been handling these situations recently. There was the Hamidou Diallo ejection for when he graced the ref

and he was ejected and fined but not suspended.

I'm not even sure Chris Paul was fined for this despite being ejected for it and he certainly wasn't suspended. For reference, that Diallo play cost him $20K. That's a little confusing. Paul definitely first approached that ref in an aggressive manner and very clearly bumped him afterwards.

While his anger is more directed at a player, he tosses that official out of the way like a small child. He got fined $50K but was not suspended.

So I have to ask, if the NBA is going to use the letter of the law to eject and suspend Sabonis, why aren't they using the letter of the law in those other situations? In pretty much all these cases, you get ejected and pay a fine, unless you're Chris Paul. If you factor in what Sabonis' game check is, that's a pretty insane price to pay for something that looked marginal at best. Clearly, the Kings agree

Now you may be saying, who cares the Kings stink and are headed for the Lottery, big deal. Well, they technically are only 4 games out from the final play in spot. There's still that sliver of hope. Pretty sure Sabonis would have been an important piece in their game against the Nuggets tonight.

My interest in how this is handled doesn't really have anything to do with the Kings or Sabonis, but more the process in general. We know NBA officiating is brutal, well what happens if we get an altercation like this in a playoff series? Will a player just get tossed and fined? Will they overreact like this Sabonis play and suspend someone for a playoff game? It's all just so inconsistent and you can't for one guy say you are following the letter of the law and then not also do that for any other incident that might come up. It clearly doesn't matter what your rep is as a player, because Sabonis isn't exactly someone who does shit like that all that often if ever.

I think the easy answer to this issue would be for the officials to not suck at their jobs, but we all know that's never going to happen. They aren't held accountable for shit. The next idea should be to look at these plays individually and use common sense. You can pretty much forget that as well. In the end, we're left with this inconsistency and that sucks. Part of me feels like this is just picking on the Kings and that doesn't seem fair. Their lives are hard enough, it's pretty brutal to then take away their best player on some bullshit that probably wasn't even a foul to begin with. Clean it up Adam, because this is all pretty embarrassing.