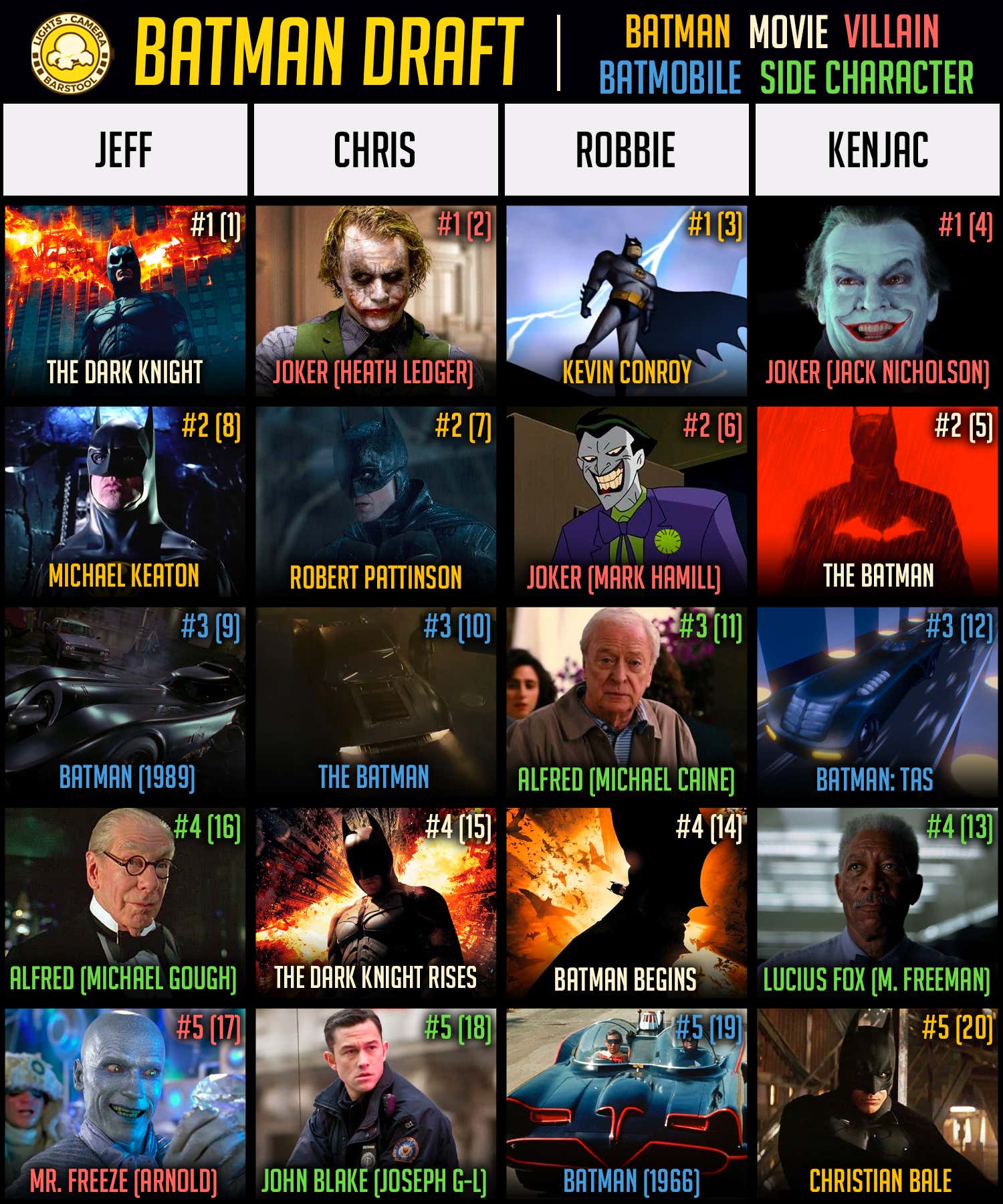 On the last ep of LCB Jeff, Chris, Robbie & I talked about some new trailers, reviewed 'The Batman' and did a category Batman draft. Personally, I think I crushed it. Lets break it down:

1. Jack Nicholson's Joker: Nicholson is in a very unfortunate spot because not only was there a single game-breaking joker performance after him, but there was two. But his original performance of Jack Napier is fucking awesome. A perfect mix of a real-life scary telling with a comic book feel.

2. The Batman: With TDK off the board, The Batman is an easy pick here. It's not an entertainment extraveganza like the Nolan trilogy, but it is a insanely good thriller/detective story that really blew me away. I won't get into any more without spoiling, but damn did I love it.

3. The Batman animated series Batmobile: With my top 2 batmobiles off the board, I'm actually thrilled to get my third pick. The animated batmobile is still so cool to me, and I really love the design of it. Doesn't have the flash of the tumbler or anything, but it rocks.

4. Lucius Fox: When you look at side characters in the batman universe, it's remarkable how cool Lucius Fox is in his limited screen time. Beyond supplying Batman with all the cool tech, he also delivers a few of the best lines in the Dark Knight Trilogy

5. Christian Bale: It feels weird to say, but Bale isn't what makes the Dark Knight movies great. That's why his stock fell a bit in this draft. I'm happy getting him as a Mr. Irrelevant, though, and I think he might be the best live-action Bruce Wayne if nothing else. Perfect rick prick performance from him.

You can listen to our full draft and review here: