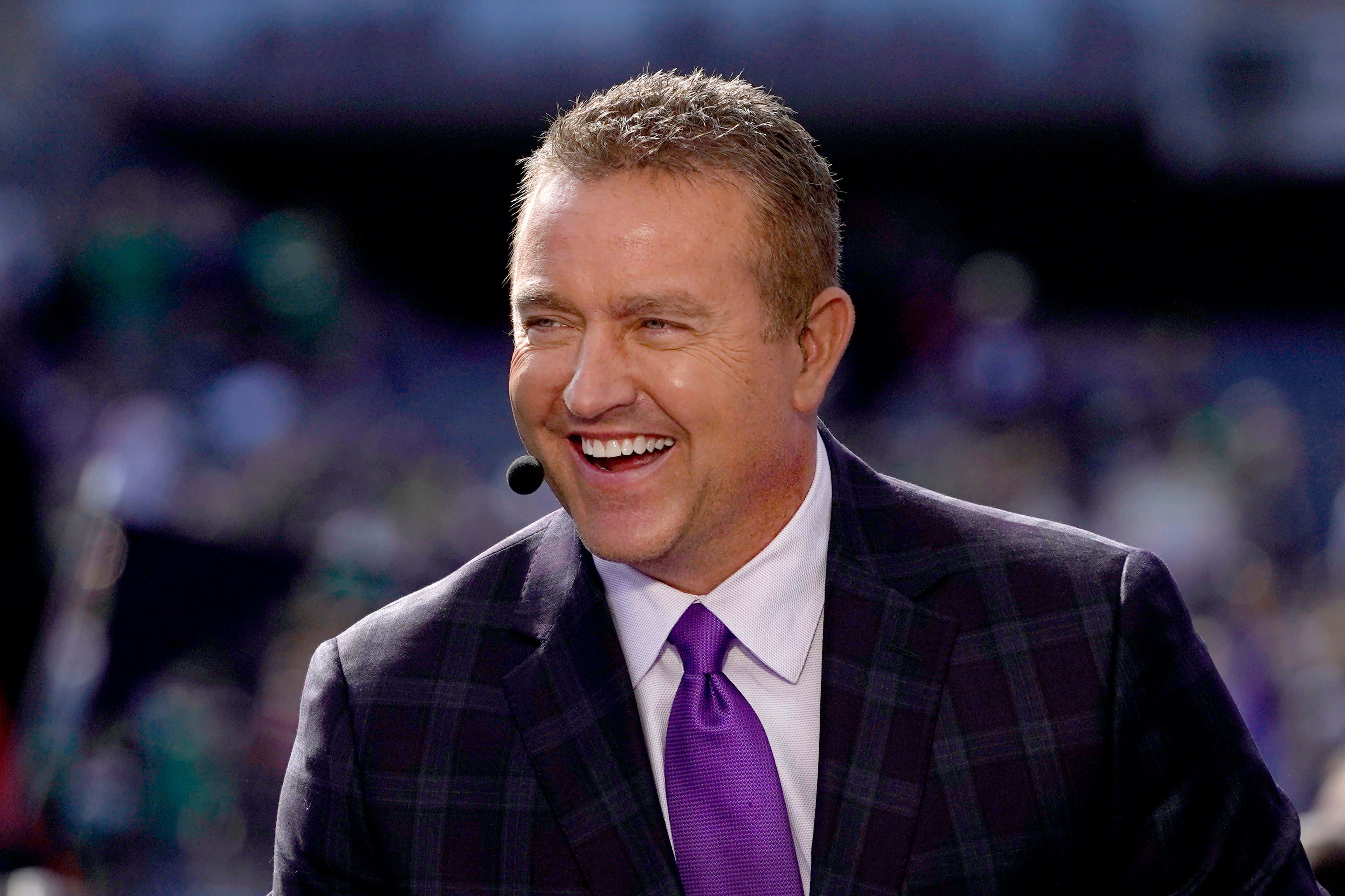 So there have been a ton of whispers and guesses about who Amazon would throw in the booth for Thursday Night Football after they spent a cool billion dollars a year for the rights to broadcast NFL games on Prime that will confuse the everliving shit out of your dad weekly. Well it seems noted NFL/Robin Williams death newsbreaker Peter King got the jump on everyone else after his Starbucks Barista whose dad is a big wig at Amazon dropped this nugget on him with his Venti latte (I might have made that last part up).

FMIA- I heard last night that Amazon—spurned by Troy Aikman, Sean McVay and John Lynch—has settled on ESPN’s Kirk Herbstreit to be the analyst on its Thursday night package of NFL games starting this fall. (He’s likely to continue his current ESPN/ABC duties as well.)

I guess I'm happy for Kirk since he clearly knows his football and seemed like a good dude when talking with the Pardon My Take fellas. But it just feels weird that with 8 billion humans in the world and Jeff Bezos' $171 billion net worth, Amazon couldn't get a guy with ties to the NATIONAL. FOOTBALL. LEAGUE. Nothing against Herby, but when my brain hears his voice, it thinks college football first, Lee Corso screaming at me while waving a pencil second, and whatever funny signs ESPN security didn't take from college kids third.

Then again, all Amazon has to do is give Al Michaels a blank check to do play-by-play then give Marshawn Lynch a giant bag of money with a dollar sign on front to just act like Marshawn Lynch for a few hours every Thursday and I don't think I will care or even realize who the analyst is during these games as the color rush jerseys make my brain tingle.

All I ask is that the NFL make it so every team playing on Thursday night be coming off a bye week if possible so the games don't make my eyes bleed. Not that I will complain since ugly football is better than pretty much the best version of anything else on this planet.