Listen I don’t want to make a big deal out of this but this shit is absolute fate. And I definitely want to make a big deal out of it. Illinois is big ten champs and we’re the best and technically better than Wisconsin because we win the head to head. Congrats to Illinois. I know the college basketball experts are going to have a fucking field day breaking this one down. Good luck. Illinois is a deep wagon that’s well coached and plays with a tremendous amount of intensity. They finish 15-5 and are Big Ten champs for the first time in 17 seasons and the first time at home since 1984. We literally witnessed history tonight so go buy a fuckin t shirt please. Somebody has to pay the bills around here and it might as well be this asshole (me). 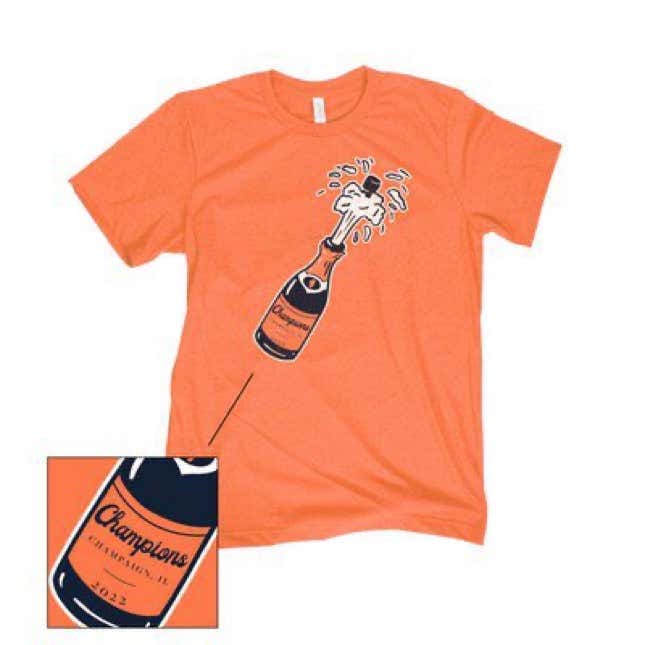 Let me also say I’m at a hotel bar. Here’s the predicament. I’m at the iHotel. It’s next to the basketball stadium. I got the room last night to test out some new video equipment I bought. Camera, computer and software to make stuff on my own. It’s a longer story but Dave put it over the top on the last DPS show. I was saving up to get my own stuff so I didn’t have to keep asking for help every time I wanted to do a small thing. So I get my own shit, make my own plans and figure we’re going to use the low hanging fruit of Illinois senior day to pilot the process. I’ll go talk to some students, film the game and turnaround a short video. Step 1 in what I am correctly perceiving to be a long process of redefining my value proposition. We’re getting pretty heavy here but that’s the truth. I want to spend my time making more shit so I booked a hotel and brought my shit and was probably more serious about this trip than you would expect. What do you want me to say. I’m fuckin trying here guys.

Then Nebraska outright wins today. The sentimental senior day thing I planned out is completely off the table. Illinois vs Iowa for all the marbles. Fran McCaffrey being a bitch. Bohannon a massive pussy. The stakes have never been higher against a more divisive, putrid opponent. Battle plans out the window. We’re here to win a big ten championship.

All my scripted shots and interviews are toast. I now have 200 something random clips of nothing but chaos. Down double digits then coming back to win. Storming the court. Going into the locker room. Police escort with Brad Underwood. Hugging Trent at center court. Seeing and embracing all my friends from all these years around the athletic department. First row of the student section. Going fuckin bananas all game like I’m not about to turn 35 which is it’s own blog. Like people think (a) I want to be this old and (b) I’m the kinda pussy that would let being 35 prevent me from ripping it up with a bunch of sweet college kids? Are you fuckin stupid? I’m living the dream and there’s not a goddamn miserable son of a bitch out there that’s compromising the experience. I’m a champ.

Point is I had my script literally flipped an hour before the game and it couldn’t be more barstool. Consider everything and I have no idea how I ever thought it could go different. Of course Nebraska wins +650 and of course Illinois had the most dramatic game. That’s barstool. I’m so lucky. Personally I’m in a weird spot because I don’t even know if I can make a video out of the day. But I’m going to try because that was the plan and I owe it to Brad Underwood. That’s my long story about coming down here and things changing. In other news I suppose I want you guys to know I’m actively trying to do it differently. Maybe I don’t have to but I’m going to try because that’s where the future leads. If I suck then I suck. I’ll let the product talk.

Until then I’m going to Tumble Inn for one celebratory. Then obviously some food and then back to the hotel. I’m a big ten champ and I’ve got some shit to do. We’re champs.

Be a champ today. Thanks for reading and go buy a fucking t shirt.