Daily Star — The famous statue of Manchester United star Cristiano Ronaldo in his home town of Funchal, Portugal has been left with a rather shiny crotch following years of fondling from overexcited fans.

Following the unveiling of the tribute back in 2014 many questioned the size of the bulge afforded to the then Real Madrid forward - and it has only stood out more as the years have gone on.

As with many famous statues that are made of bronze, oil is transferred from human hands to give the portion of the model that is touched most a shinier appearance.

Unfortunately for the 3.4 meter tall Ronaldo statue, the bulbous crotch is at perfect height for posing visitors - with thousands rubbing the same spot over the years.

I'm assuming pretty much everyone reading this has real problems in their life. Maybe money is tight, you're going through a rough break-up or whatever it may be. Life for normal people sucks sometimes.

Cristiano Ronaldo does not have anything approaching a real problem in his life. The thing going most awry for him right now is that too many people are grabbing the giant bronzed dick on a statue of himself to the point that it's wearing off. These are the things that are of concern for one of the richest athletes in the world.

I was unaware of this statue until it was brought to my attention for this reason, but I could have taken one look at this bad boy and told you this was going to happen. Look at the bulge on that thing. 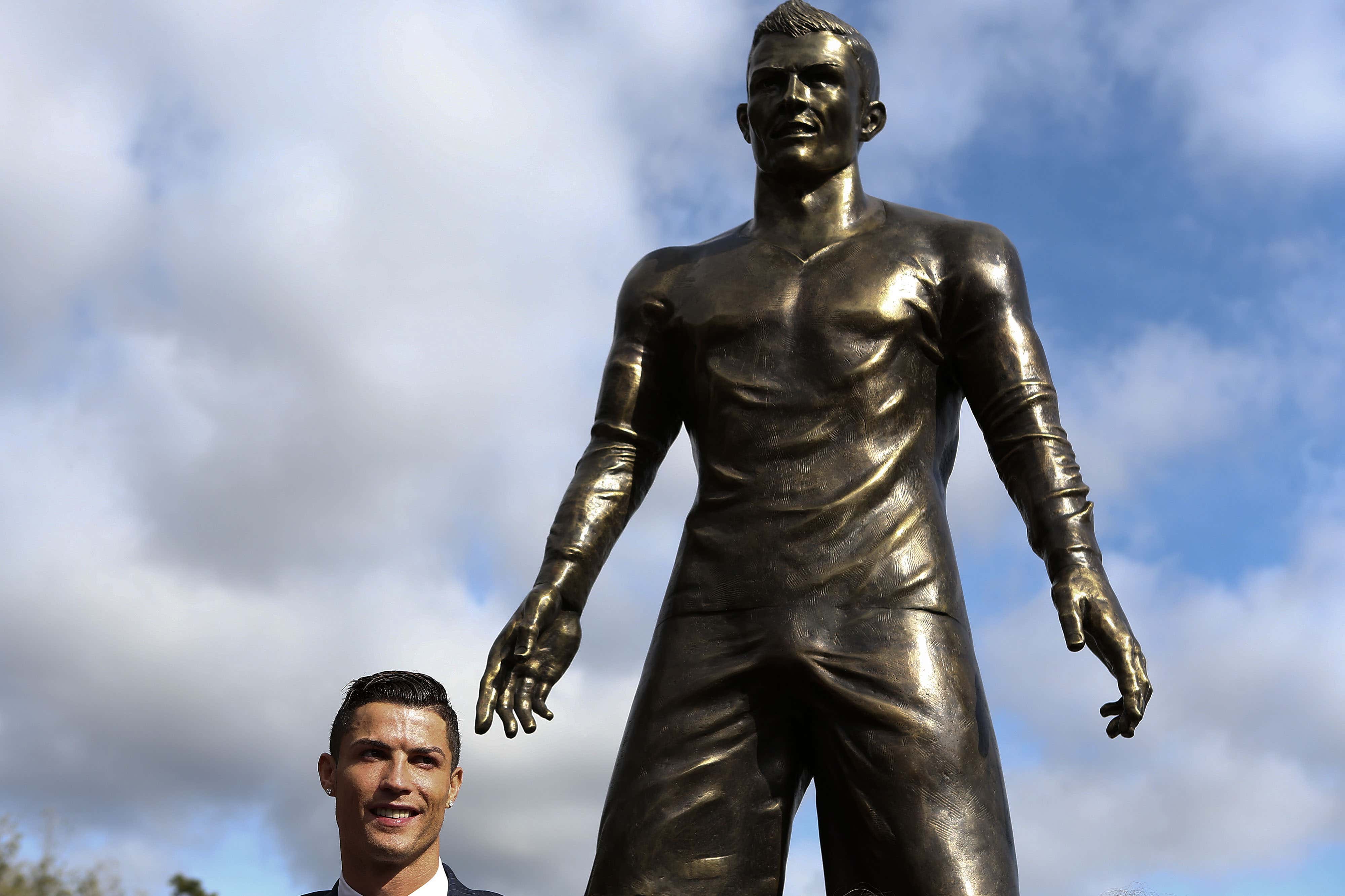 If you're taking a picture with that statue, you're grabbing the dick. Just the way it goes. You rub the balls on the Wall St. Charging Bull and grab the bulge on Ronaldo.

It must be nice, man. I hope Ronaldo gets his dick fixed straightaway. With all the things currently going wrong in his life, we need to rectify this situation.

At least he kinda sucks at soccer now.