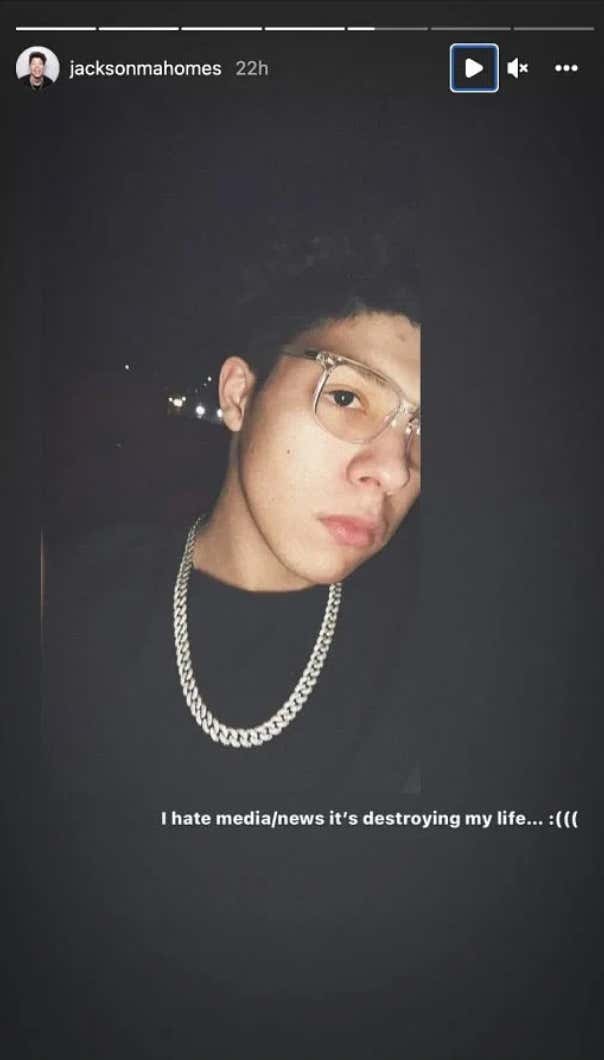 NY Post - Jackson Mahomes, the younger brother of Chiefs quarterback Patrick Mahomes, is fed up with the media attention he’s received while in the spotlight.

Mahomes took to his Instagram story on Friday, according to Awesemo, and shared a selfie with the caption, “I hate media/news it’s destroying my life…”

Well, well, well, if it isn't the consequences of your own actions. That darn media is making you the most unlikable person in the world, is that it? The media who simply reports on your antics, be it trying to shame a bar for not serving you

or dancing on Sean Taylor's number

or being generally annoying everywhere he goes

Yes, I'm sure that is somehow "the media's fault".

There comes a time in every young man's life when he must look in the mirror and wonder "is it me? Am I the problem?". Often times when millions of people tell you that, they are correct. It's not like it's some sort of conspiracy drawn up by the big bad "media" to hurt Jackson's feelings. If he was cool, the media would be like "oh shit he's cool". But instead, he is constantly annoying people and pissing people off.

And believe me, as someone who has gotten his fair share of hate over the years, I get him being sad about it. You never want to read bad/mean things about yourself. But you also have to have some sort of responsibility for your actions. If you put yourself out there as a public figure, you're going to have fans, and you're going to have haters. That comes with the territory. I thought this reply put it pretty nicely: 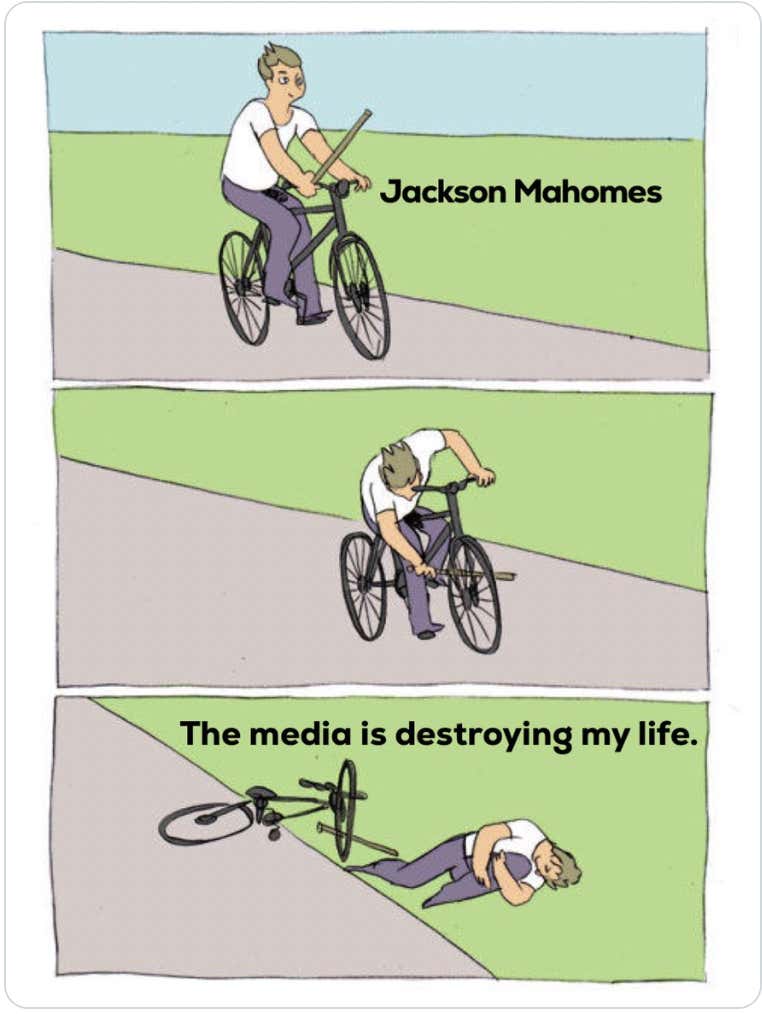 You reap what you sow. You can learn from it or you can cry about it. Jackson is in the cry about it stage, but I trust he will grow up and evolve and become more likable, he has literally no other choice. First step- stop using Tik Tok as your sense of self-worth.

Also, remember that report that Patrick had a sit-down with him and more or less said stop hurting my brand? Obviously it was quickly dispelled, but also….

Are the two correlated? We don't know. It is interesting though Jackson was not in any pictures from his brother's bachelor party. I'd be sad too if I was him. But to blame "the media" for all your problems? Brother, that ain't it.