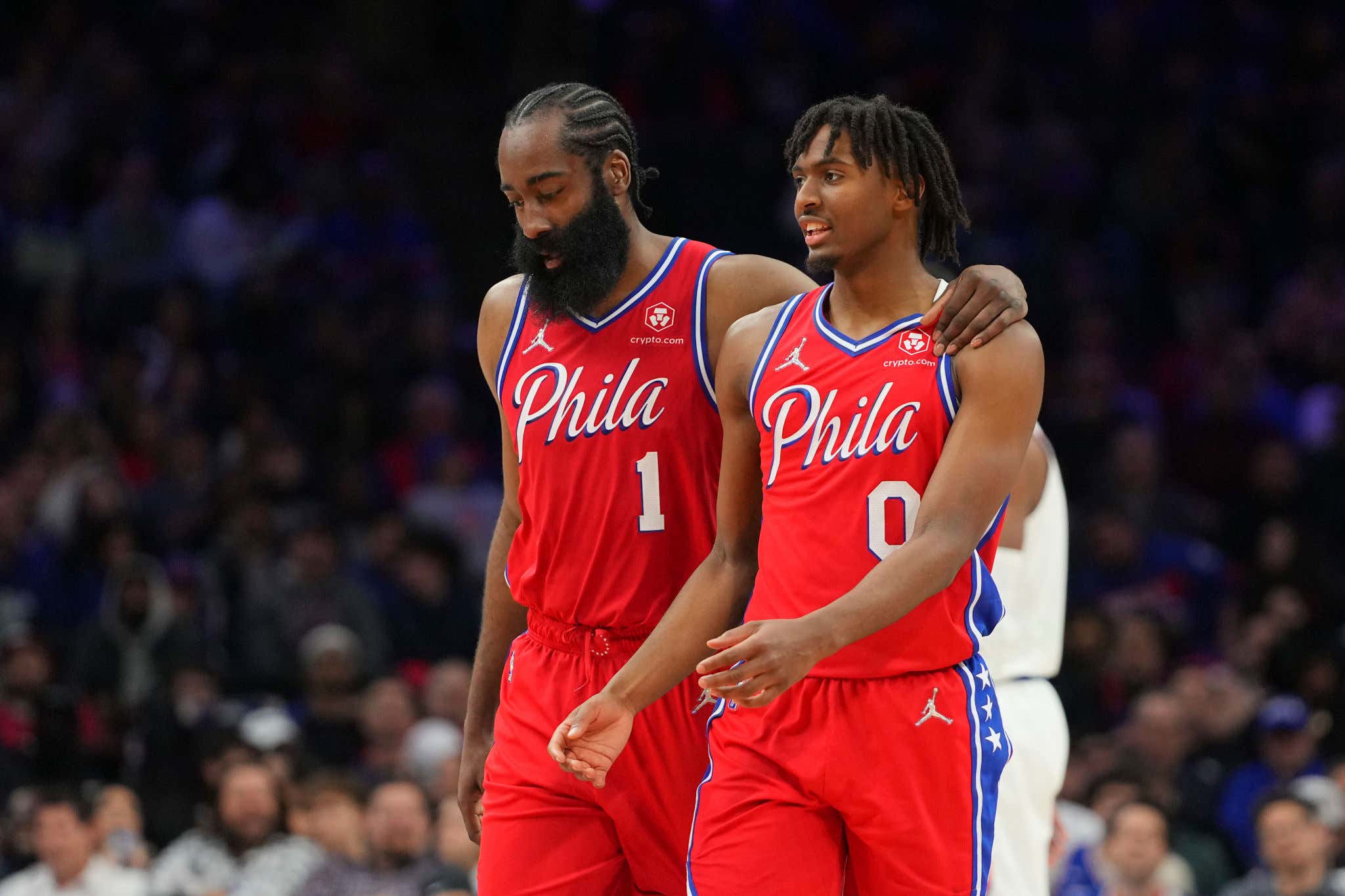 It was just a couple short weeks ago when the NBA was hit with the devastating news that the Sixers had two James Hardens after Joel Embiid hit this step back 3 against Milwaukee.

It's hard enough for teams to contain just one James Harden. But present them with the task of stopping two of them? Dang near impossible. But at least that's the worst they have to fear, right? I mean it couldn't possibly get worse for the rest of the league. Two James Hardens is a lot, but there's simply no way the Sixers could possess three of them, right?

And what makes this new development even more lethal is that it would appear as if James Harden can activate this one on command. All it takes is some light bullying.

4 points in the first half from Tyrese. A small dose of bullying during halftime. And then we get this out of Maxey in the 2nd half.

And to think that Tyrese Maxey ended up in Philly with the draft pick the Sixers got for Markelle Fultz. Do you smell that? It smells like The Process is finally ready to come out of the oven.

P.S. - Songbird of a generation.