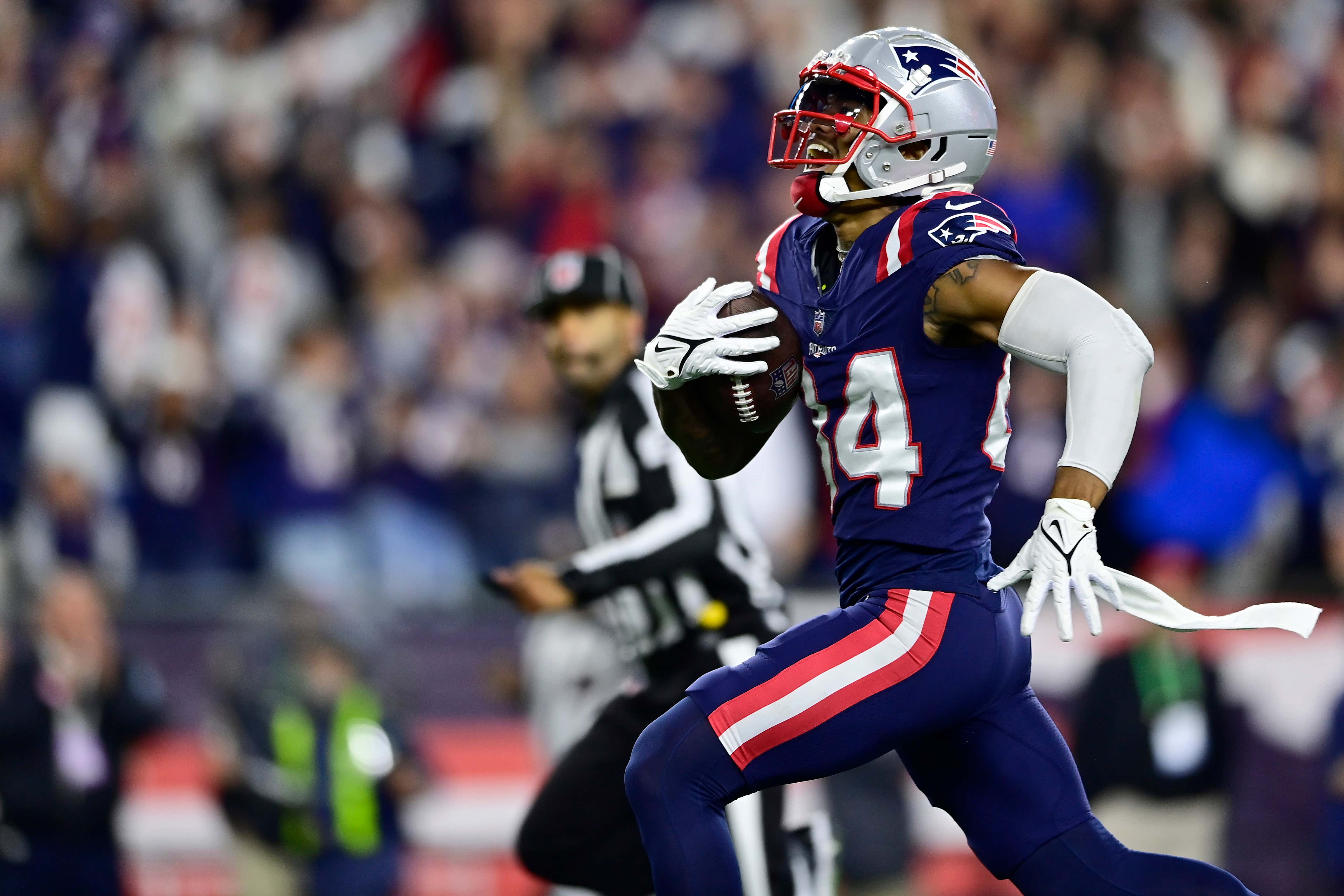 I think it's fair to say, without fear of contradiction, that I'm a big Kendrick Bourne guy. And I have been for some time. During minicamp in June I wrote this about him:

--Based on a small sample size, my choices to replace Julian Edelman as the guy who should be Mic'd Up by NFL films: Bourne and Damien Harris. I'm not allowed to repeat things said on the field. But in a punting drill where they were just stand-ins on the return team - so they weren't goofing off by any means - they were just good-natured yapping with everyone and it was funny to hear.

Then in training camp:

--[Mac] Jones also completed … a couple of perfect touchdowns that hit guys in stride just inside the boundary. One to Bourne, whose momentum took him onto the next field where he kicked a pylon and shouted to the clouds (Note: This guy is going to be a blast)

And he did not disappoint. Some guys come into a new place and just fit right into the culture like they were cloned in a lab for just that purpose. And Bourne is that guy in New England. As much for moments like this:

And Bourne's epic journey from Eastern Washington to UDFA to San Francisco and deep into the heart and soul of Patriots Culture was on full display as he went on "Getcha Popcorn Ready with T.O. & Hatch" and described how Bill Belichick changed his life by changing his pee:

“He taught me really how to hydrate. He sat me out of practice because I failed the hydration test. … So he sent me out and I'm like, 'He's serious about this. Like he ain't playing with me.' I told him, 'I want to practice, though.' …

“Over time, I just learned how to drink water in the morning, drinking it all until practice, and I just found myself getting better. Like, now my body’s feeling better— I could make it through practice easy. I could go longer after practice, throw extra and things like that. … I put on 10 pounds of muscle.

"It was just a shift, man. I bought into everything, and that was one of the smallest details of buying in. It’s a small detail, but people don’t think about it. They don’t drink water. I just (started doing that) every day, and everything got better after that, off that little detail, adding it to my routine. It was huge.”

I have to laugh. And not just because pee is funny. But because one of the hot topics in Boston sports media is whether the game is passing Belichick by. Whether age is catching up with him and he can't keep up with innovations in the game and that's why we're - gasp - three seasons removed from his last championship. Then you hear something like this and you realize he's the same person he's always been. That his legendary attention to detail is even more legendary and more detailed than we've allowed ourselves to believe over the decades.

The thing is, it's not like Bourne came from third rate, leaderless, chaotic program like the Jets or Jaguars. San Francisco is a well run team. Kyle Shanahan is a top tier coach. Bourne went to the Super Bowl with them. And yet even the Niners skip over details like checking players' whiz. In San Fran, his was probably the color of an Arnold Palmer without the ice. But after one practice in Foxboro, he was pissing pure spring water, getting lean and adding 10 pounds of muscle. Belichick is a football polymath who can multitask salary cap calculations, roster moves and game plans simultaneously, while still finding the time to follow his new wideout into the bathroom to check his pee like the mother of a sick toddler.

That attention to detail, that willingness to build a champion through the fundamental health benefits of a crystal clear stream is what separates the Dynasties from the merely very good teams. That's how you get Kendrick Bourne to have the second highest catch % in the league, lead your team with 14.5 yards per reception (min. 15 catches) and have career highs with 800 yards and five touchdowns. That's how you become No. 1 again, by checking your players' No. 1s. And now I'm more of a Kendrick Bourne guy than ever before.

Remember to hydrate, everyone.