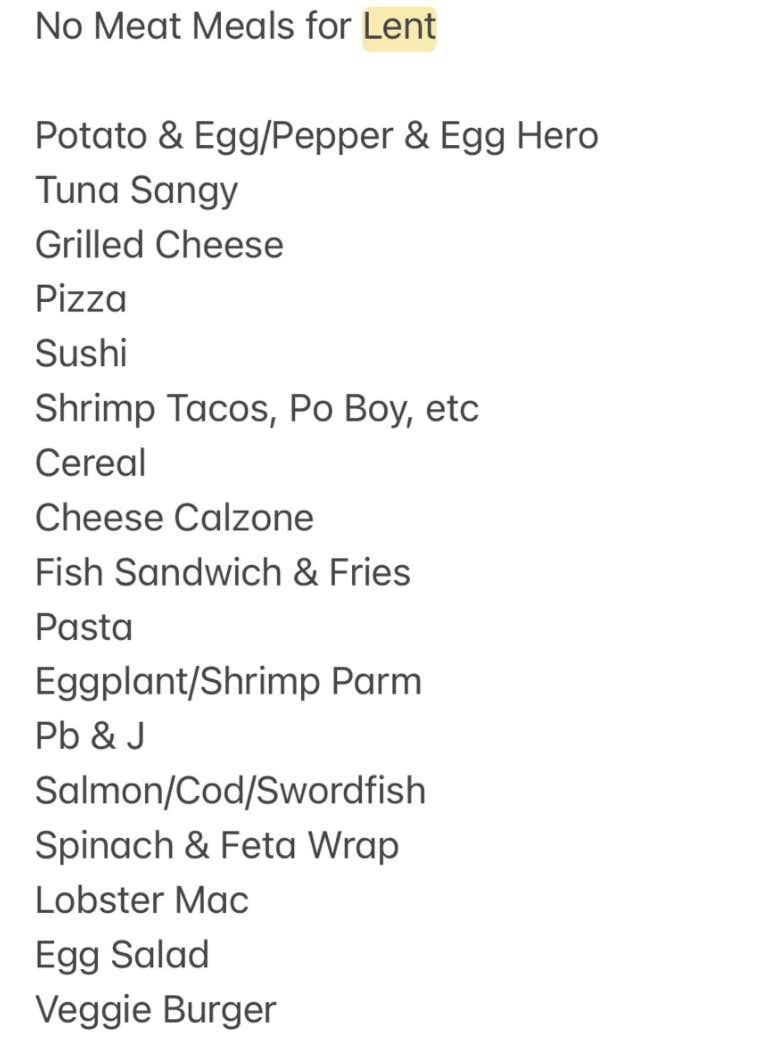 Well, it's that time of year again folks. As Mr. Ben Mintz returns home from the #MintzyTour and Fat Tuesday/Mardi Gras ends, that means one thing and one thing only- Lent has begun! And with Lent beginning on Ash Wednesday that means us Jesus guys have to deal with a No Meat Wednesday today, and then No Meat Fridays for the foreseeable future. Not to mention we gotta give something we love up for the next 40 days! As if the no meat isn't enough. Shaking my head, but what the big man wants the big man will get. I'll tell you what I'm not giving up though- High Noons. I love Nooners. If I have to decide between Jesus and Nooners, I simply will not do it!

What we can do, however, is attempt to at least have some tasty meatless meals today and onwards during Lent. There's a reason the Potato/Pepper & Egg is on the top which is because it's the king of kings. One would say it's the Jesus of Lenten meals!

Tuna of course is a classic. Grilled cheese is super easy but since you can't add bacon to it, you can always go the veggie route with tomato and maybe some mushrooms if you're feeling really jazzy that night. Pizza is clearly one of the best tasting, but be warned, it's every man for himself at the pizzeria tonight and all the Fridays. I'm talking no holds barred. I once saw a nice older italian lady in the sharpshooter, I swear to you.

Sushi is a pleasant and elegant option, especially for date night with your Virgin Mary. And there's many, many more on top of that. Heck- you could even go to your local fish market and get some fish to prepare at home. Trust me, it's AWESOME.