What in the fuck did I just watch? Seriously. I think that was two girls, a security guard, and possible the guy on the ground? I want to give her the benefit of the doubt, but unless something truly horrific happened to her there's zero excuse for that behavior. I thought the video was going to be about the security guard beating the shit out of that kid. How could I not when the clip started with a body slam to the pavement… 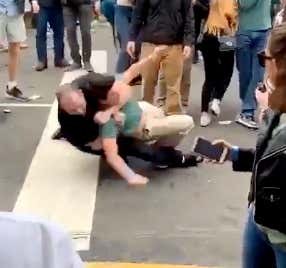 Turns out that was just the appetizer to the main course. That psycho even punched the lady who was trying to help. It happened just off camera at the seventeen second mark.

As crazy as that video was, my favorite part of the whole thing was when the kid who was "in custody" casually walked away. Look at this goober… 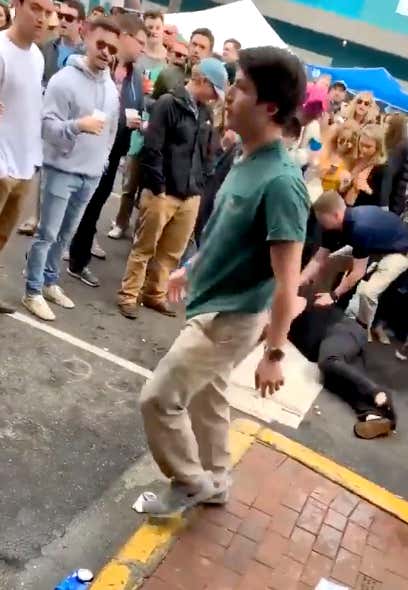 Good for him. At least someone left the scene on high note. Chances are the cops didn't even try and find him either. Why would they when they've got a lunatic on their hands? Oh well. Hopefully no one got seriously injured. That's in for this one. Have a great Tuesdey.