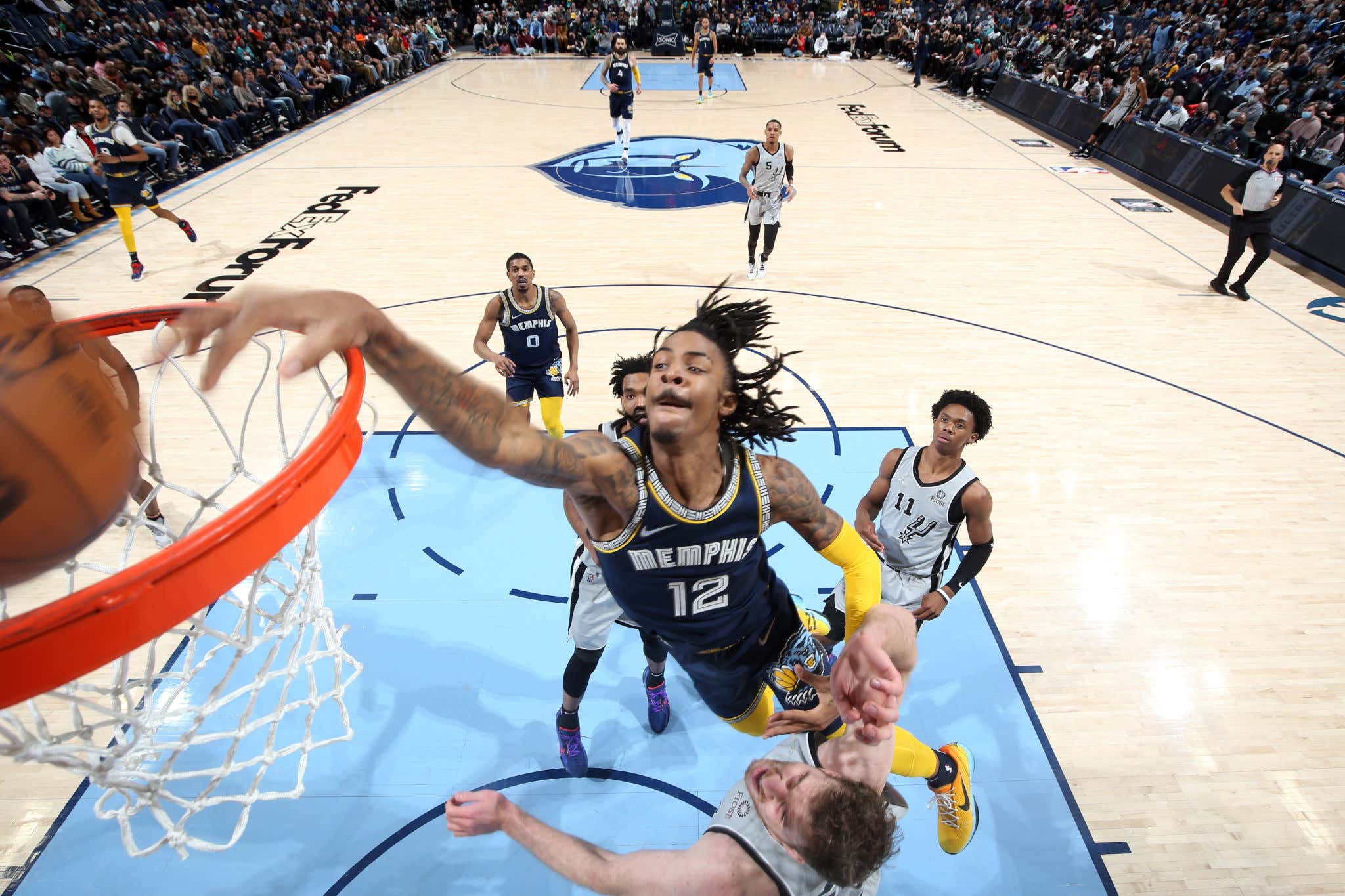 Quick check in on the Grizzlies tonight in the event you aren't watching what is currently going on in Memphis. Why you would actively choose to not watch Ja Morant play basketball is a topic for another blog, but here's what you are currently missing

Poor Jakob Poeltl. Thing is, Poeltl is a nice young player for the Spurs. He's a solid young center in today's NBA. One of those guys that isn't a household name but then your favorite team plays the Spurs and you end up saying to yourself that man this young white center is actually pretty good! Sadly, those days are not over courtesy of Ja Morant. OK, that might be dramatic but you gotta feel for the guy. You see Ja coming in for that poster and I'm not sure what you could do. Some might suggest to activetly avoid getting sent to the center of the eart, but Ja catches everybody. If he wants to dunk on you, Ja Morant is going to dunk on you.

If that were the entirety of this blog, that'd be enough. Awesome Ja dunks will always play. But there's more. May I interest you in one of the most insane inbounds passes you'll ever see? I know hyperbole gets thrown out a lot, I am certainly one to do it, but I'm being for real here. This pass and shot by Morant is fucking awesome

The Grizzlies are so awesome. This is every night with them. Ja doing insane shit, the team kicking the shit out of everyone they play, easily one of the best stories of the season. They are legit as anyone in the league and have been all year. You can trust me on that, I look that shit up. It's nearly impossible to find a flaw in this team this year. They do everything well, they have a great coach/system/front office and they are led by one of the most exciting players in the sport who LOVES being in Memphis. Doesn't get much better than that.