Ms. Spears just continues to up the ante as to how risque she's willing to get for her social followers.

And I don't hear any objections.

p.s. - was thinking. What would your 13-year-old self have said if somebody told you that in 20-25 years there would be these portable phones in everybody's possession, coupled with this application where people posted pictures of themselves, and that Britney Spears, (then the biggest celeb in the world, and pretty much any red-blooded male's undisputed #1) would be posting full nudes to it with nothing but emoji's? (wtf is an emoji? shut up nerd and listen)

You'd think this was cruel and unusual torture right? No way, no how that would ever happen.

The best we had at the time was this epic Rolling Stone issue.

She is on a tear! 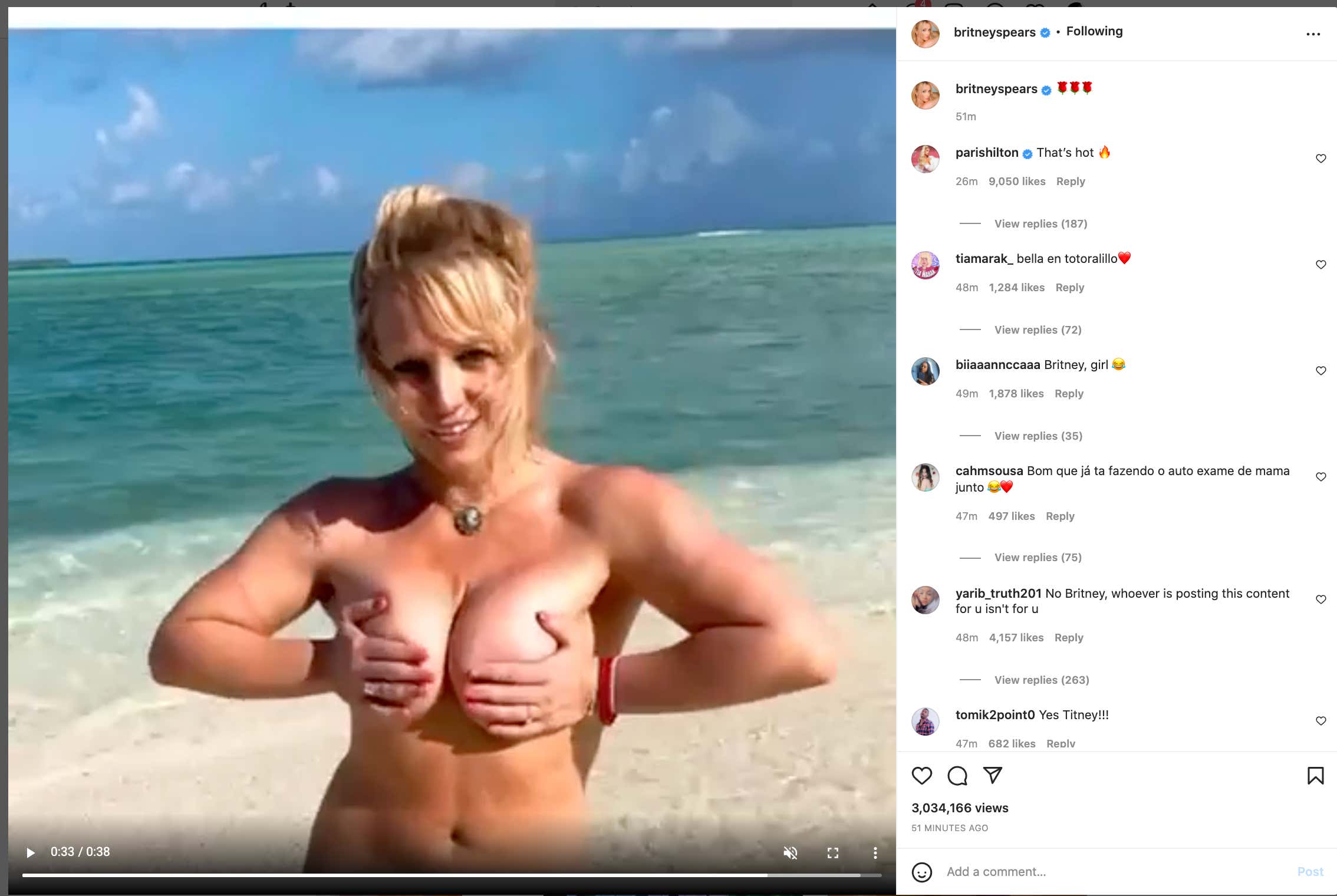