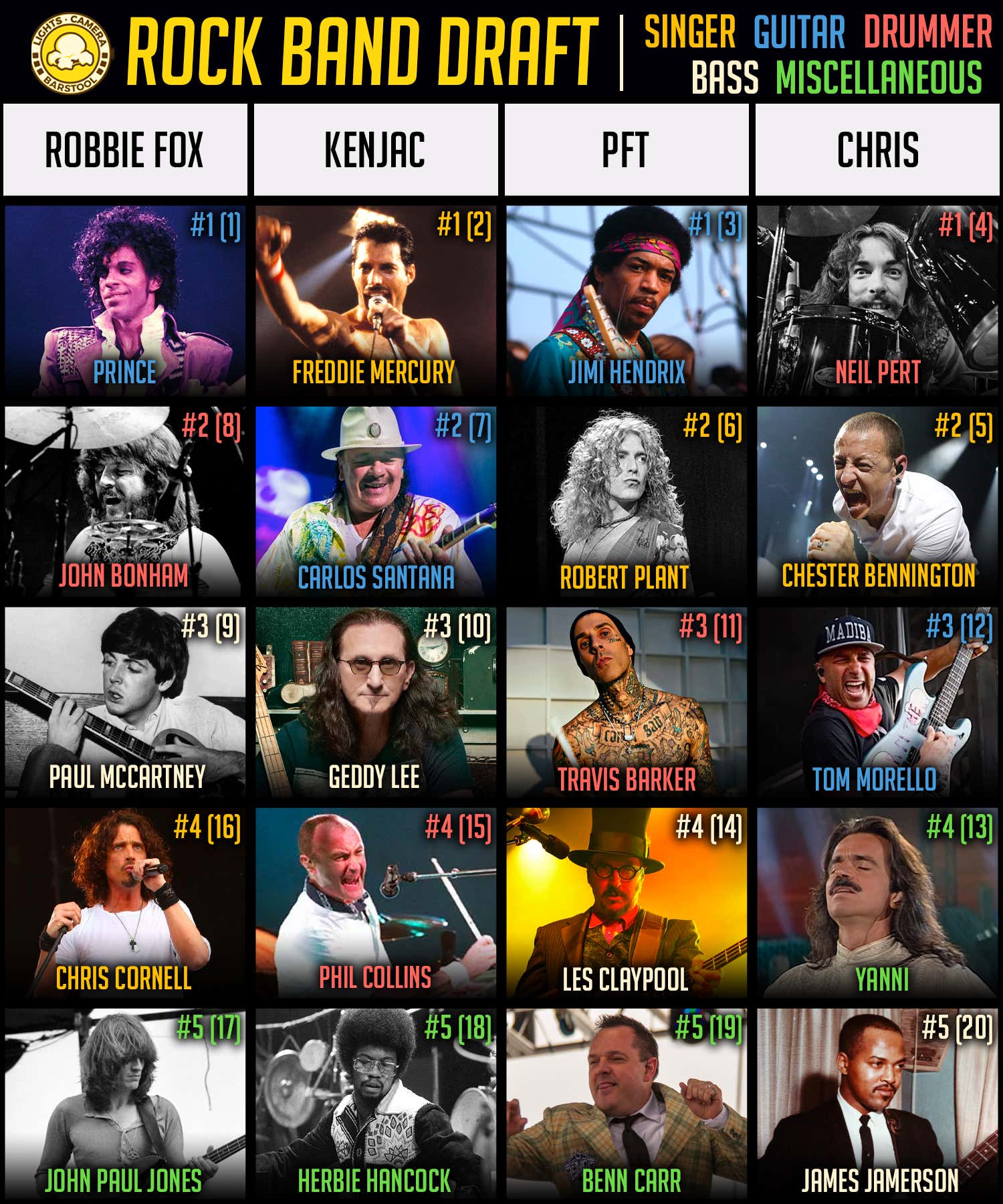 On the last episode of LCB, we had Robbie on and we talked about the new Oppenheimer movie, the first look at Daniel Radcliffe as Weird Al, and we reviewed the new Foo Fighters horror-comedy 'Studio 666'. In addition to that, we did a build-a-rock-band draft with special guest czar appearance from Pup Punk co-founder PFTcommenter. Personally, I think I crushed it.

1. Singer: I got arguably the greatest singer in human history with the #2 overall pick. An unimpeachable pick! Every other singer on this list WISHES/WISHED they could sing half as well as he did!

2. Guitar: Carlos Santana is an absolute god damn monster on the guitar. He may not be the person you traditionally associate with Rock since he is more of latin-fusion guy, but the man SHREDS and doesn't need to be the centerpiece of the band. A fantastic fit for the band I'm building.

3. Bass: Geddy Lee is not only one of the greatest bass players ever, but he is a jack-of-all trades for my team. He can also provide backup vocals for Freddie and play the keyboard. He does all 3 at the same time regularly!

4. Drummer: Without a doubt, Collins is one of the greatest drummers in rock history. The list of professional drummers he has inspired is nearly endless, and the actual drumming GOAT, John Bonham, was a huge fan of his as well. Like with Geddy Lee, he can provide backup vocals with his cherubic voice.

5. Misc: Herbie Hancok is a musical genius and I'm excited for what he brings to the table here. The combination of his sound and Santana's could combine to make one of the funkiest rock sounds ever created.

You can listen to our full rationale here: