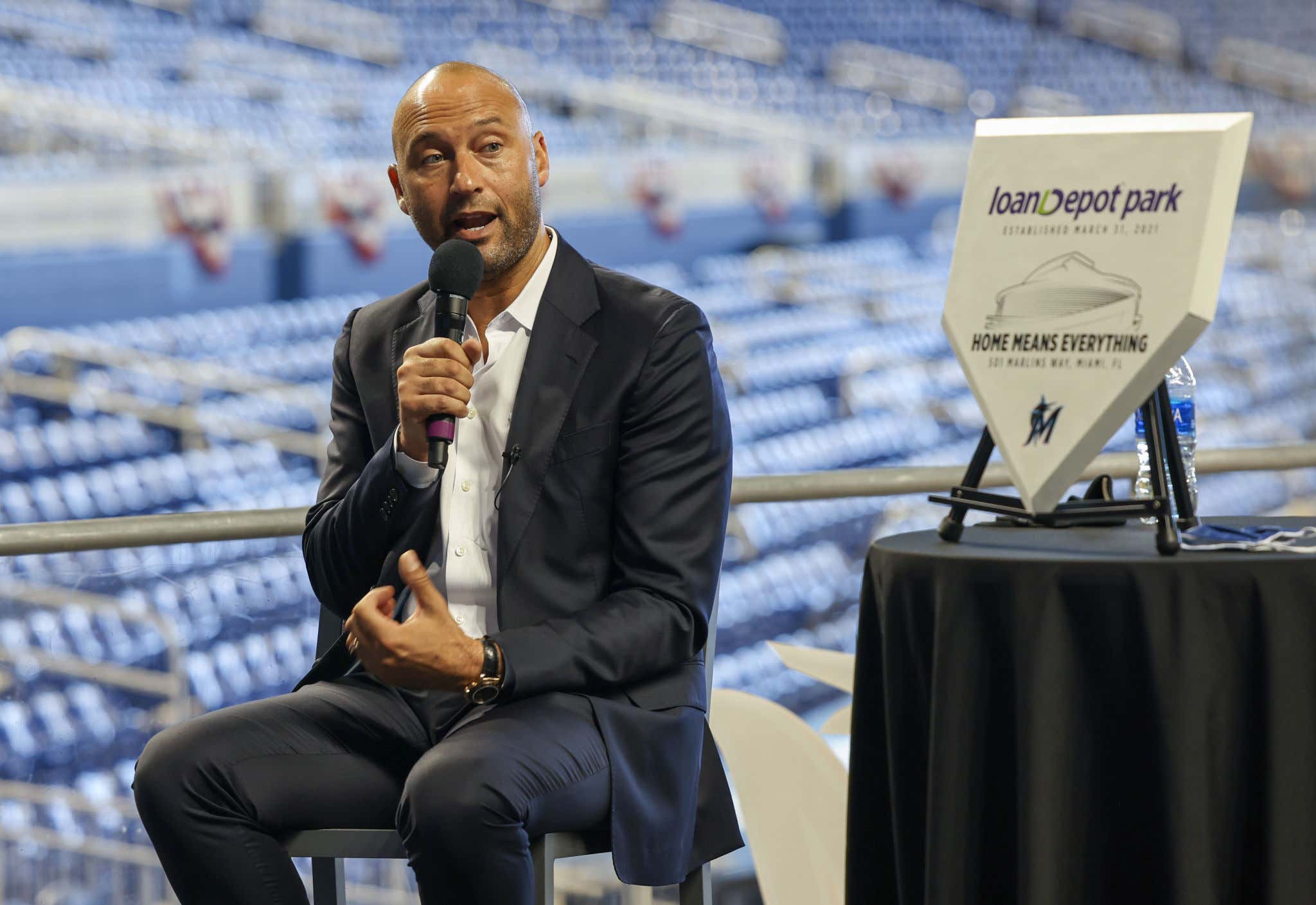 In a stunner of a move, Derek Jeter is out as the Miami Marlins CEO effective immediately. He's also selling the 4% equity he had in the team. In his statement Jeter says the vision the organization shared when he came on is different from the one they have now. Whatever the hell that means.

I don't know about you, but I kinda liked what the Marlins had going for them. Around the time Jeter took over, Miami had one of the worst farm systems in baseball. Now they're probably in the top five with a shit ton of exciting, young arms. On the major league level the team even won a playoff series in 2020 with the talent they already have up here. Something is up here with how this is ending so abruptly. It can't just be he wanted to spend on some free agents and they told him no. It's gotta be more than that.

That all being said, come home Derek. At the bare minimum I need him at Old Timer's Day in the Bronx this summer. It's time. How about a front office position? Literally anything he wants, give it to him. What I would give for Hal to sell the team and for Jeter to be part of a billionaire group that buys it. One can dream.

Or….does Derek want to put on the ol' pinstripes again and be that stopgap shortstop until top prospect Anthony Volpe is ready in 2023? I'd rather Jeter on this team than fucking Andrelton Simmons I'll tell ya that much.

P.S. No word on the contents of the gift basket the Marlins are receiving