Dilano Taylor just punched the fuckin eyeball out of Mark Martin's skull on live television. Oh my GOD that is gross. How does that even happen in the human body? What is medically going on there? It's honestly one of the most disgusting injuries I've ever seen in the cage.

It's even worse that Mitrione's eye a couple years ago! 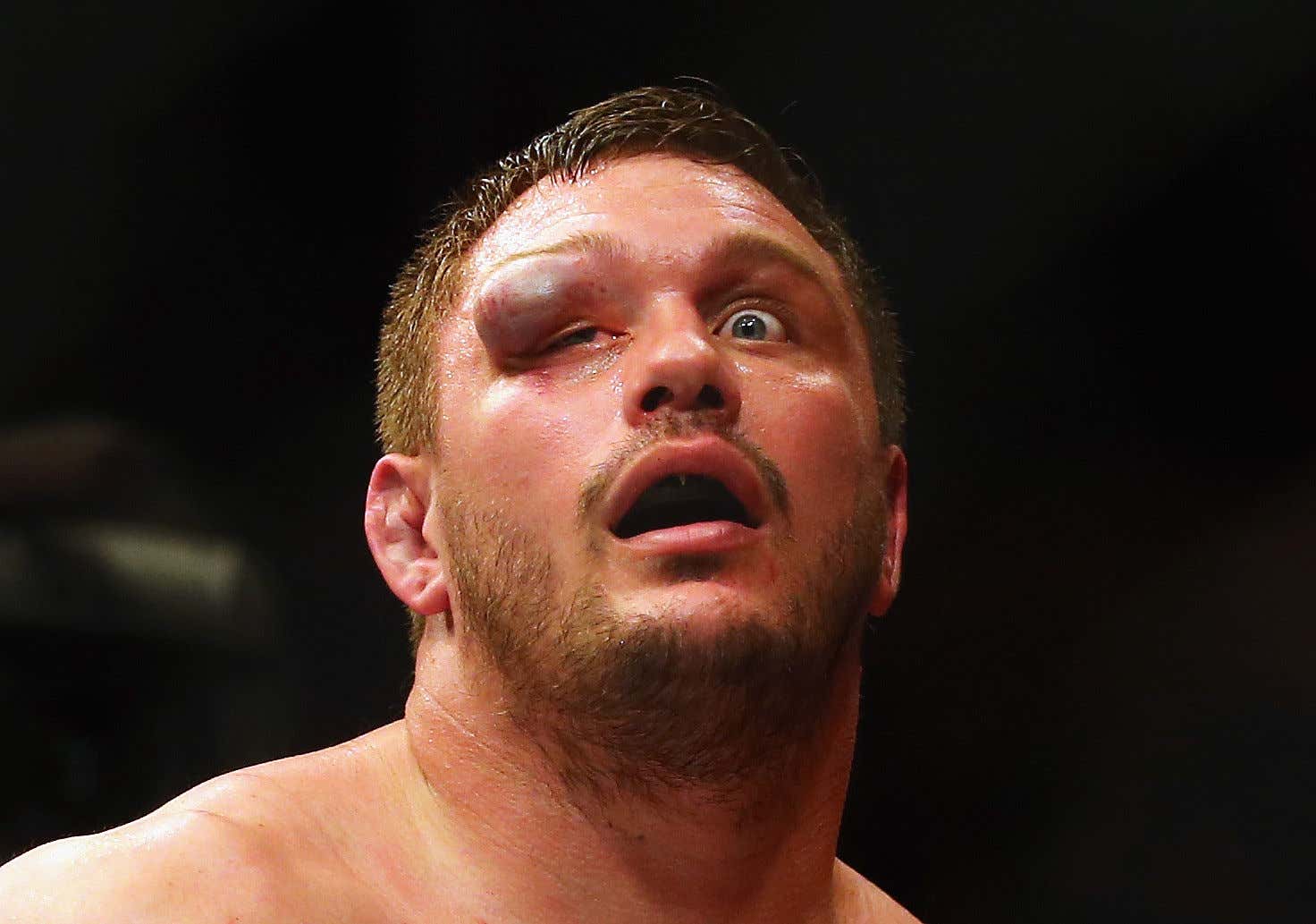 That was disgusting but at least it was a big ol' sack OVER his eye! Somehow Martin's eye appears to be pushed OUT of his skull. Almost like there's a sack on the other side of his eye. I'm gonna stop saying sack now.

That sick fuck wanted to keep fighting too! He looked pissed when the doctor stopped it! Do you not feel your eye bulging outta your brain dude? Go to the hospital! Get that thing shoved back in!

At least he didn't push back it in himself like Big Van Vader in Japan, though….

I really hope he's okay - seeing what Bisping went through fighting with one eye his whole career looked brutal. Speaking of which, there's a new Michael Bisping documentary coming out next month and I'll have him in the office for another interview about it….

Look out for that next month. Check out the first interview here if you missed it….