Again, pardon the language but "jeez oh Pete, that's a lovely lady". Crazy that we pretty much have the same short, raggedy haircut seen in those first few photos but somehow look nothing alike??? And that we both have nipples but mine point at the floor now?? What the heck.

As a big time fashion expert, the shoot was giving me strong '5th Element meets Lara Croft meets Sexy Hill Country Texas' vibes. It was for an interview in i-D magazine's Out Of Body Issue and there was nothing really newsworthy or crazy but these were some of the main takeaways:

- At 26 years old, Kendall is no longer a shy teenager melting into the couch. For the past three years, she has been the world’s highest-paid supermodel, and she recently launched the brand 818 Tequila and became the Creative Director for FWRD.

So she's workin' her ass off. Kendall earned that highest paid spot in 2018 when she raked in $22.5M, but take heart; according to Parade she's the poorest of her siblings (besides Rob) worth a paltry $45M total. (Side note: 818 Tequila is being sued by Austin Texas's Tequila 512 for looking awfulllllly similar in all sorts of ways.)

-She says she writes in her journal once or twice a week and that it helps to quell her anxiety, panic attacks, and even “a little bit of depression.”

She also said she locks the journal up and hides it, which I get. I'm a big journaler, too, and I would quite literally die if anyone saw the insane shit I write down from time to time. One of my exes got hold of one once (and might still even have it) and I'd rather have every spoke of my asshole flashed up in Times Square on New Years Eve than have pages of that thing come out. We're talkin' crazy town, folks. But it really does help to let it all out and where was I, ah..

-After having private sound bath sessions for a couple of years, Kendall now has her own tools, and is learning more about how to do sound healing alone.

Zero clue what a sound bath is but I imagine it's when a lady makes ommmmmm sounds using metal bowls rubbed with those sticks while Kendall's in the tub. She touches on it in the interview, but I'd imagine having your entire life broadcast to the world well before you could really consent to it does a number on ya. Journal & tub it up, Kendall.

Anyways, she also shared some behind the scenes from the shoot on her Instagram story and gotta say (again, not to be disrespectful but) that's a Minnesota hot dish if I ever saw one. Top notch noodles. 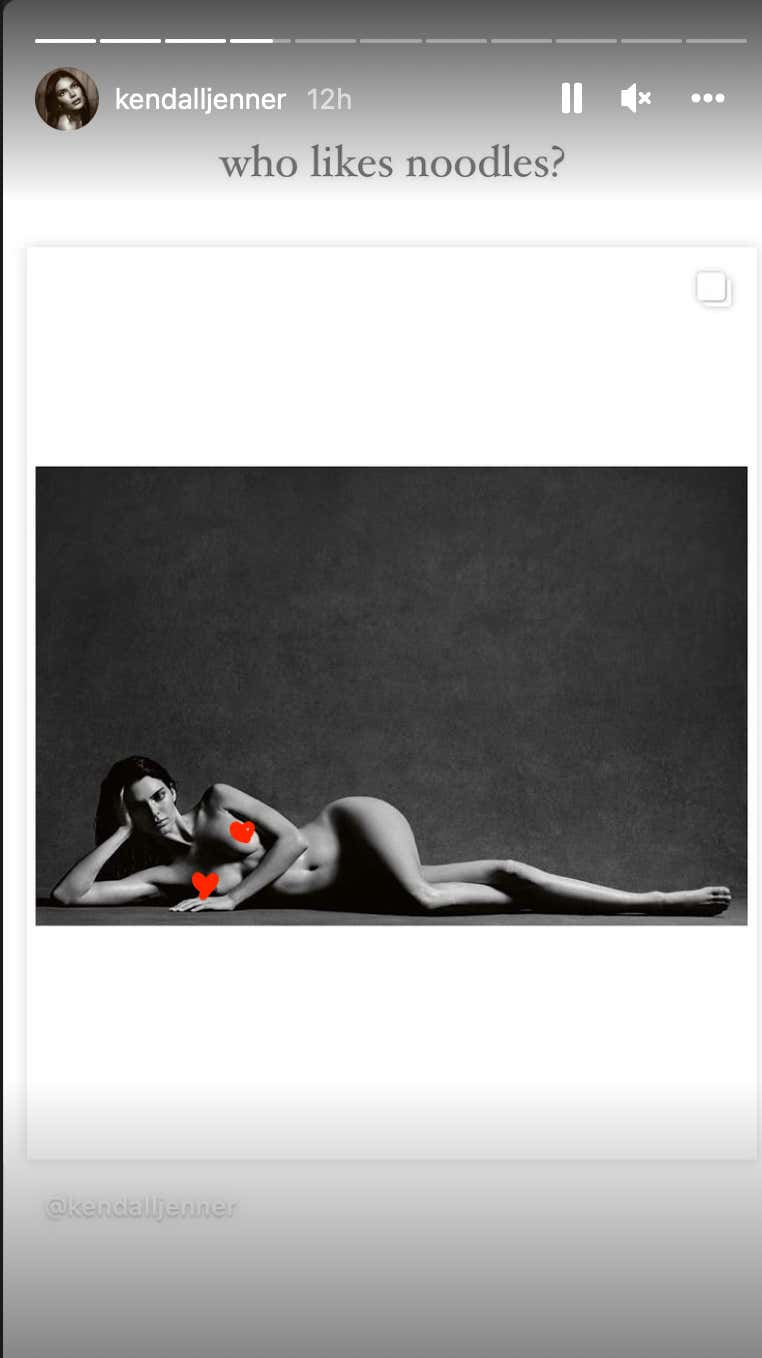 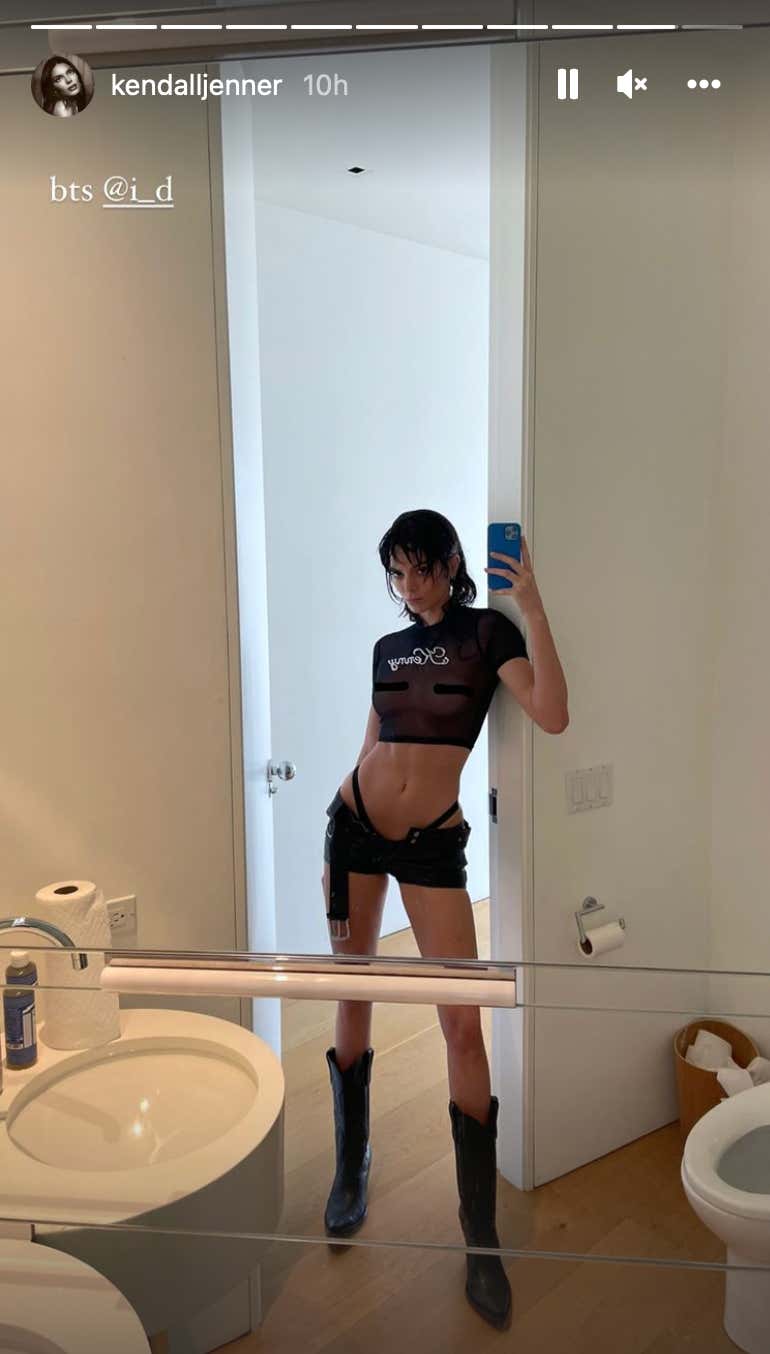