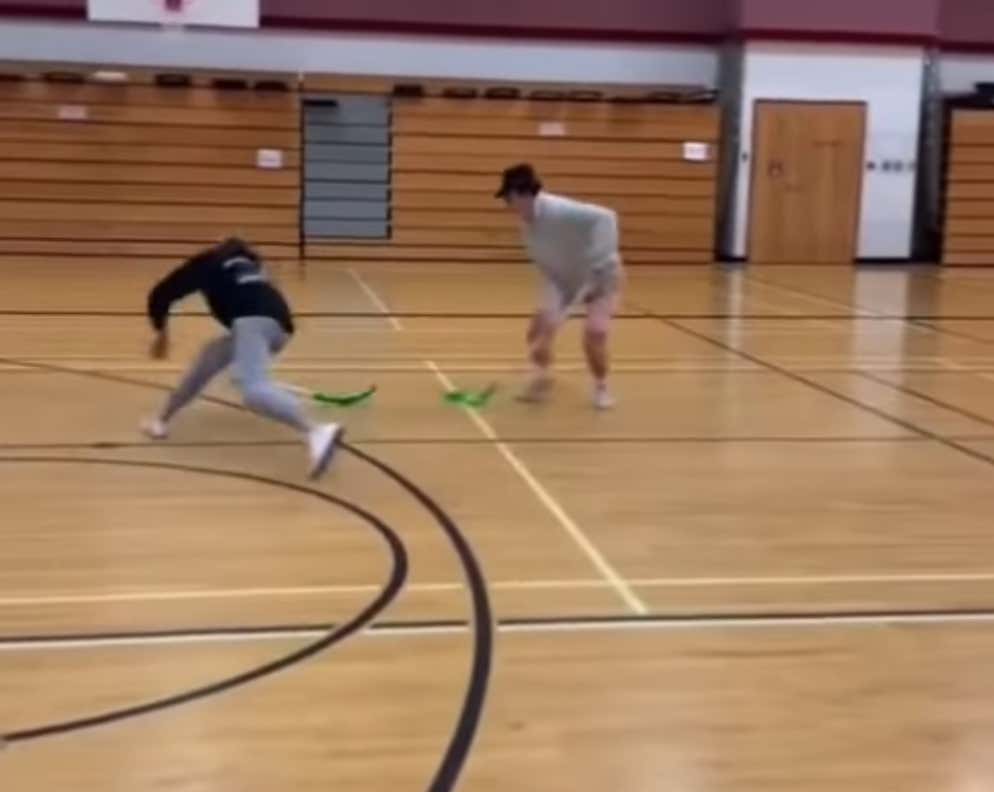 I'm talking about the days of playing floor hockey in gym class.

If anything should be in the Olympics, it's floor hockey. And it's getting pretty damn close. The Floorball World Championships are pretty massive in Europe, and the Canadians have a squad so it's only a matter of time before it picks up in the US.

But it's not quite the same.

There's just something so special about being able to play hockey against a bunch of people who have never picked up a stick before. To go hard as shit into the wall for a loose ball with reckless abandon, not giving a single heck about who you're going up against. Could be the sweetest girl in the world who would never hurt a fly. Doesn't matter to you though, because you'll bury her if you have to. It's your time to go as hard as you possibly can. Pull off all the shit that would get you stapled to the bench for the rest of the season by your coach if you ever tried it in an actual game. Give yourself a horseshoe blade and just rip lasers all across the gym floor.

It's just that they never tell you that when you get older, you don't get to enjoy gym class floor hockey anymore. It's a damn shame. At some point you played your final high school floor hockey game, and even though you were a senior and you probably knew that was the end of the road for you, the reality didn't set in until much much later. I just wish there was a way to know you were in the good old days before you've actually left them.