You know what? Fuck it. Why not? What's the worst that can happen. Rhode Island doesn't win? That's common these days anyway. Not like Rhode Island is killing it. They've made the Tournament twice since 2000 - in 2017 and 2018. Lamar is probably the most recognizable Rhode Island player ever over Cuttino Mobley and I don't know, Four McGlynn? Listen to that short clip again. Lamar can bring the Miami Heat thought process to URI. What's wrong with that? Plenty of former players have had success at the college level. There's Chris Mullin, err Jerry Stackhouse, err Penny, uh wait Patrick Ewing. You get the point.

Honestly I would love to see Lamar back at URI. Again, why not? Maybe he figures out how to recruits? Maybe he brings back the awesome old jerseys. 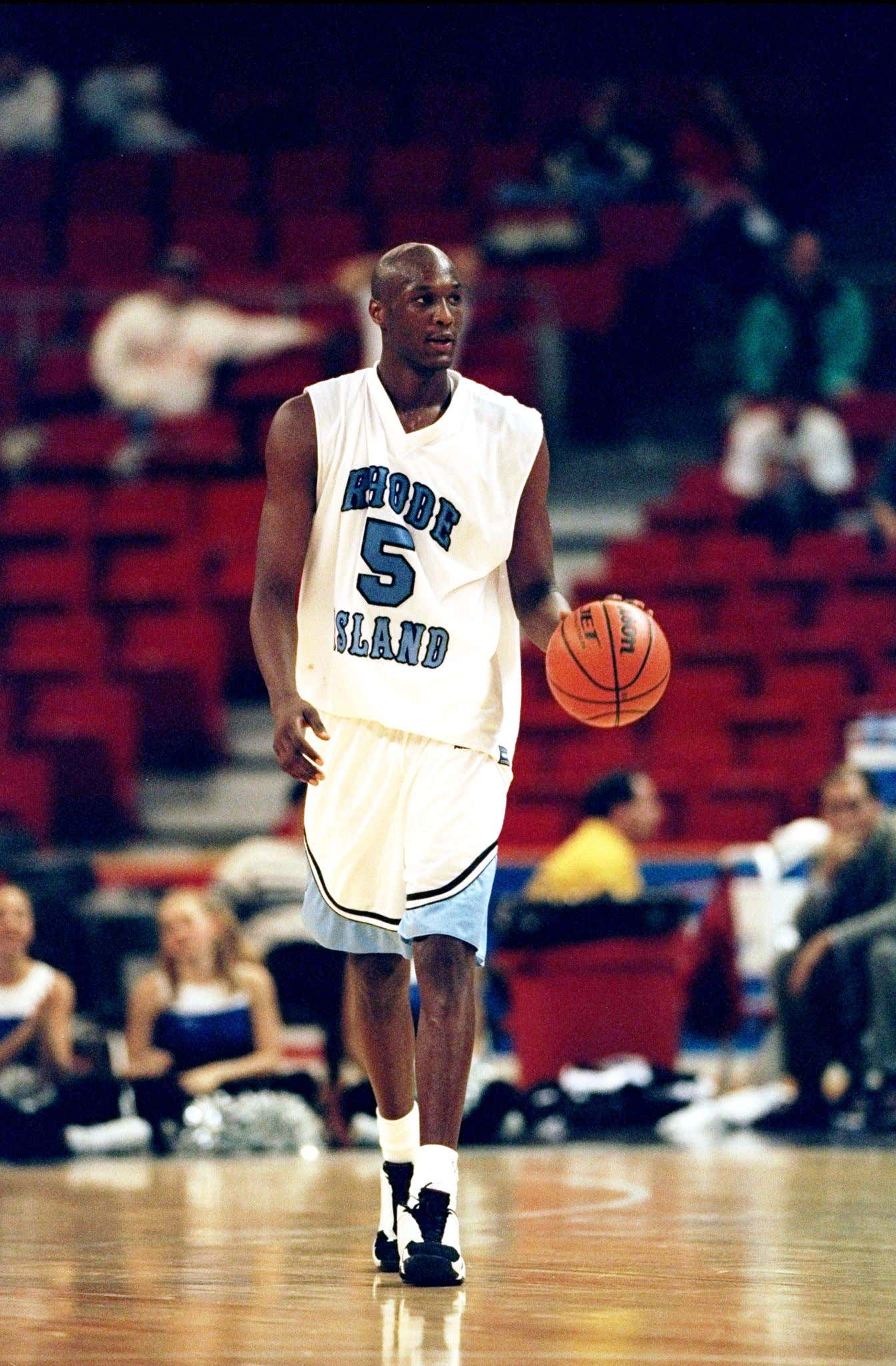 Lamar at URI was so fucking filthy.