Kmart blazed to American retail glory beginning in the early 1960s, seeking to dominate the discount retail sector with discounted national brands — a first at the time. At its peak in the 1990s, Kmart operated about 2,400 stores and employed 350,000 in the United States and Canada. Its brands once included PayLess Drug Stores, the Borders bookstore chain, and Sports Authority.

Now with two Kmarts slated to close, that will leave just four stores open in the United States, Kmart death watchers say. One is here in Avenel, and a second in northern New Jersey, in Westwood. The others are on Long Island, N.Y., and in Miami.

So pretty much Kmart's going out of business? Ha. I mean, when was the last time anyone was even in one of tho...

I'm not one to rip on the store because I actually felt sad when I saw only 4 were left. I spent so much time there running errands with my mom as a kid that I can still smell the place if I stop to think about it. Verrrry plasticy & sterile with the slightest hint of stale deep fryer from the K cafe; if "extreme bland" had a smell.

The racks of heavily discounted Kathy Ireland mom jeans, the shame of wearing their white "bobos" to school, where we got all the little blue baby pools of my childhood, our photos developed, & the party favors for my 13th birthday (plaid bucket hats), the first place I saw a woman with a beard I don't think she was aware of (cashier), the seagulls gathered round massive puddles in the mammoth yet always 3/4 empty lot, and oh my God, the tantrums I threw in that lot.. my hangry screams for McDonald's seeping out the sliding door of our woodchuck Plymouth Voyager van. At the time, the only thing worse than being dragged to Kmart was being dragged to Ames or Jamesway.

Some of you might say, "Kate, it sounds like your family was just poor." Ha. More like we were thrifty so we could enjoy experiences in life as opposed to things. Hope you all enjoyed your fancy Sear's clothing. We were busy having the time of our lives at Six Flags in our John Cena for Kmart long tees because we could afford to go.

Despite my nostalgic love for Big K, I shouldn't be so surprised that their end is upon us. A couple years ago I even blogged about a Kmart store going out of business in Spokane where a local man desperately tried to save the town's only Little Caesars that resided inside off it. (Bonus: a shoplifter caught on film by local news outlets who showed up to speak with the man.)

My Ts & Ps go out to the workers at the remaining 4 stores (might be time to update the ol resume). They also go out to all those who worked at the now defunct 2,400-ish stores, though it may sort of be a blessing now that I know the employees once had to listen to the same tape cassette "for 12 - 14 hours a day" every single month. (Highly recommend watching this YouTube video if you're reminiscing on your own days being dragged through the aisles to find a Blue Light Special):

I also recommend checking out the full Oregonian article, because they reminded me that Target, Walmart & Kmart all started in the same year and then did a deep dive on how each brand took such different trajectories. Fascinating!

In closing, when the stores are finally whittled down to one final Kmart, I like to imagine the last remaining Blockbuster moving in next door and they live happily ever after. In the meantime, I live smack dab between two of the last holdouts and hope to carry on tradition at least once by dragging my son to one of them so I can spend an afternoon debating between two nearly identical sets of heavily discounted Corelle plates. 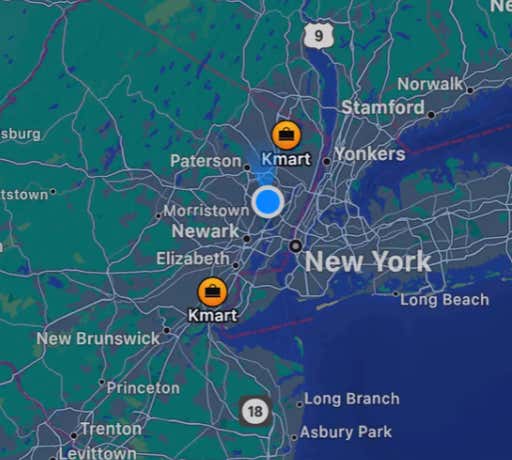 * UPDATE: Somehow I got this wrong and I just checked and there ARE indeed 3 additional Kmarts currently open in the Virgin Islands.