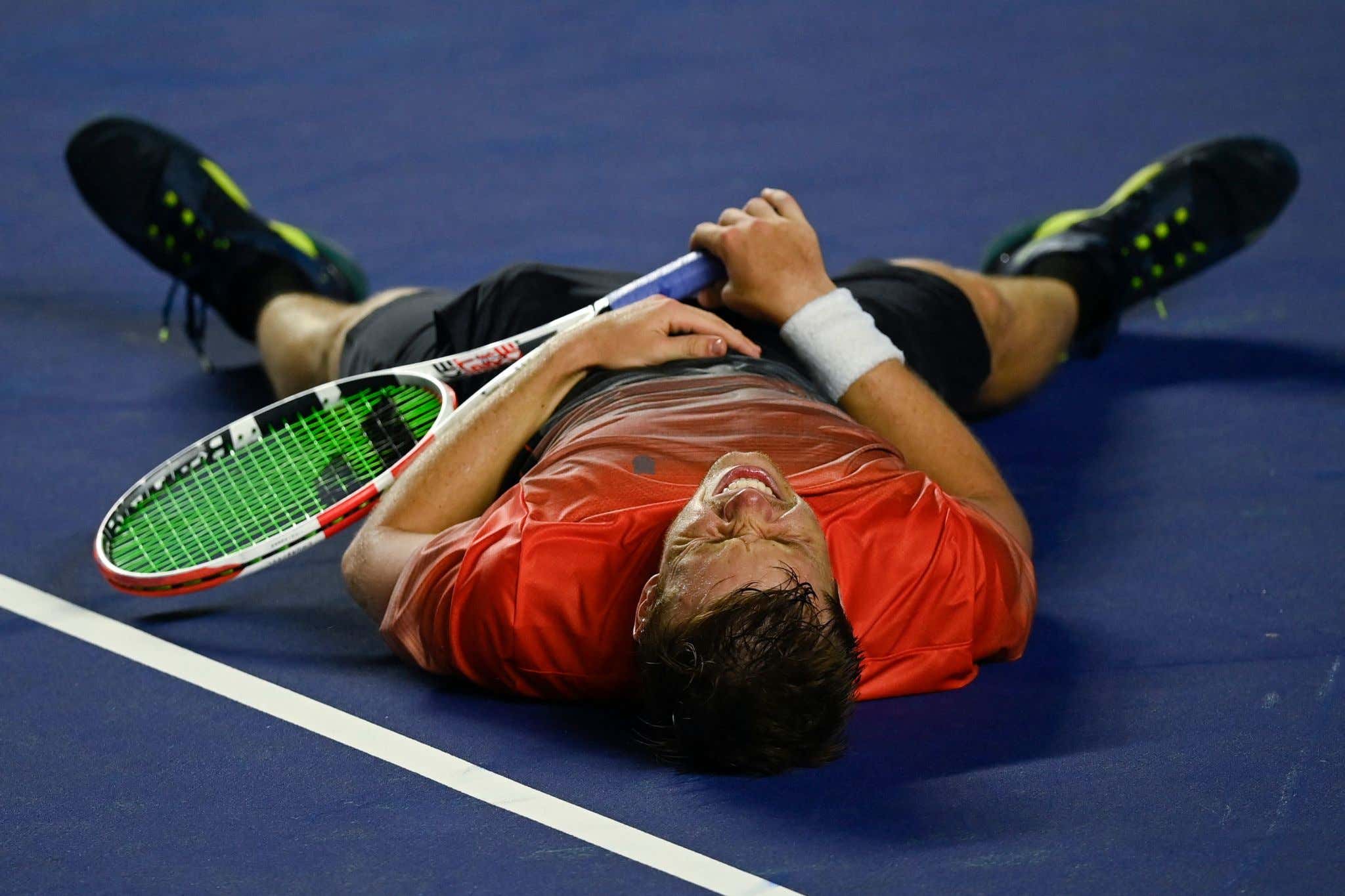 American Stefan Kozlov had himself a day yesterday. Sorry for the ridiculous title, there was so much going on I honestly didn't know what to do.

As the Mexican Open in Acapulco got underway, Kozlov found himself an outsider looking in. In tennis they have designations called 'lucky losers' who are players that attempted to get into the tournament via the qualifying rounds, but lost in the final stage. If main draw players pull out, those 'lucky losers' are used to slot in so matches still happen in the first round.

Kozlov was the number 1 lucky loser so if anyone dropped out, he was in. Well lucky for him, Maxime Cressy pulled out of the tournament yesterday. The only issue? The announcement came 30 minutes before his match was set to get going. Where was Kozlov? Playing a practice set with Rafael Nadal.

If not for Rafael Nadal's string breaking during that practice set Kozlov would have never checked his phone. He raced to the court and took the first set off Grigor Dimitrov. He then broke Grigor late in the 2nd set to set himself up to serve for the match. The only problem was that both of his quads started cramping at the same time.

Not sure I've ever seen a cramp fall like that before. Complete dead fish. After a bit of a delay the match resumed and Kozlov could not run or jump. Dimitrov broke back and took the set 7-5 because he was facing a guy cemented to the ground. Honestly I went to bed at that point, assuming the 3rd set would be a wash. Turns out Kozlov found a way to win the match. 3 hours and 18 minutes later he was onto the second round somehow. Tough for Dimitrov to lose a match to a dude who had no way of walking. Of course Kozlov started to feel better I'm sure, but still you gotta beat that dude.

The story gets crazier though. Earlier in the day it turns out Kozlov was stranded in the ocean for 20 minutes until help arrived. Excuse me?

How does that even happen? The Tennis Channel brought it up mid-match like it was nothing at all. The Nadal aspect of it is funny, but how about the dude almost dying earlier in the day? All I've seen is one article mentioning it here.

Well, that explains why the dude was cramping like a motherfucker. Practicing with Rafa Nadal (someone who is going to make you run for days) and having to tread water in the ocean for 20 minutes will do that to you.

This also made me wonder if our Steven Cheah was in Kozlov's position he just dies right? I mean we  almost lost Cheah in LA when he had to tread for 5 minutes in a pool.

20 minutes in the ocean as he waits for help to arrive? Bottom of the ocean.

Helluva day for Kozlov. Seems like an interesting enough guy to keep an eye on. Plays a weird game as well that's a bit different from most. I'm a Kozlov guy, let's just not drown moving forward please.