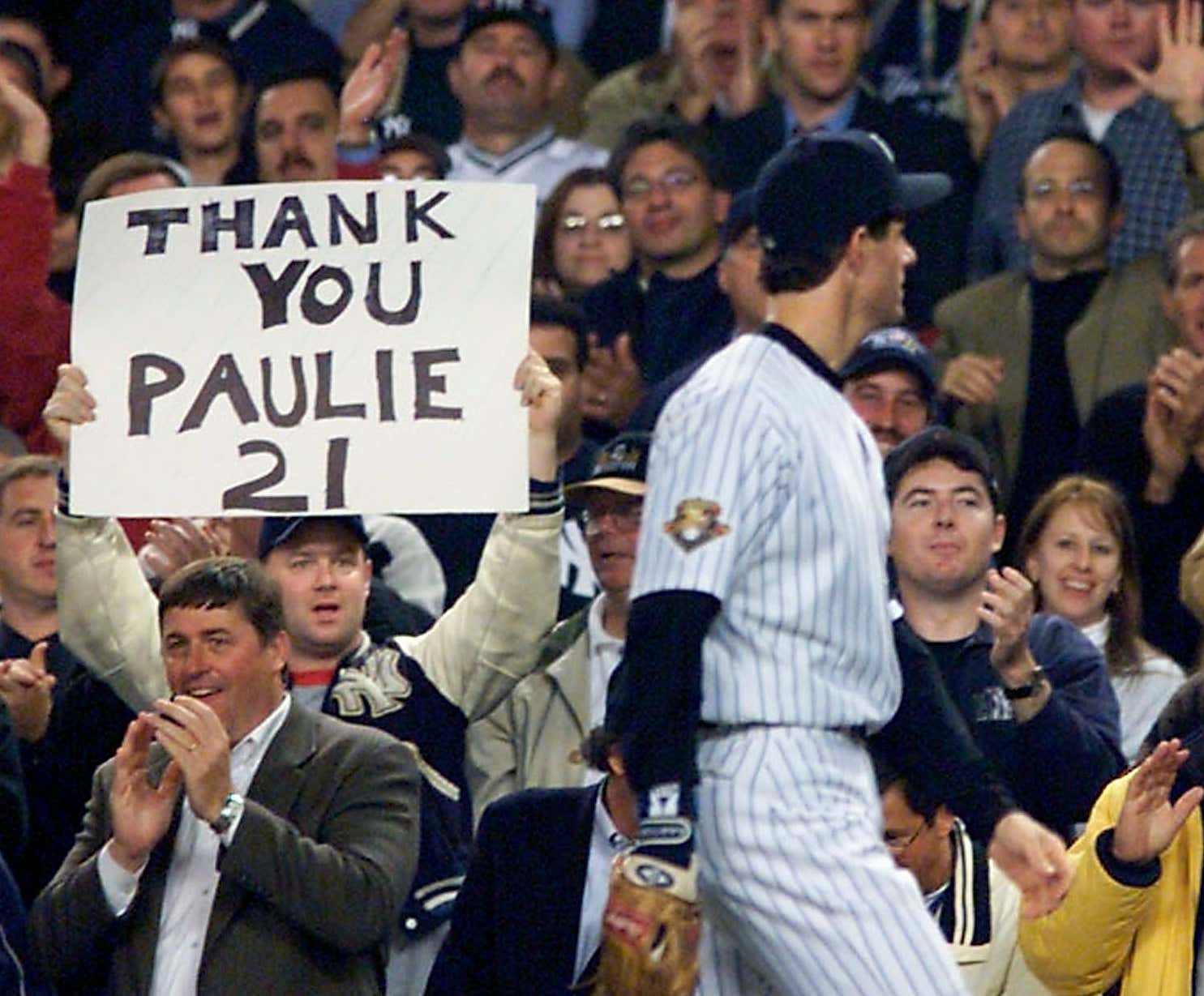 Nice little surprise today as we found out the Yankees are finally going to retire Paul O'Neill's number 21 this coming season — assuming we have a season. Is this likely a gesture to distract us from the fact that this team has done nothing and probably will do nothing this offseason? Sure, but who doesn't love Paul O'Neill? I'm all for this move.

I'm seeing a decent amount of people online questioning whether Paul O'Neill is worthy of a number retirement. I don't think there was anyone against a Monument Park plaque in 2014, but some feel a number retirement should be saved for the all-time greats. To those people I say fuck off. Paul O'Neill's 21 has been unofficially retired since he stepped away from the game, except for when Latroy Hawkins wore it in '08 which was weird. People were BIG mad when he did that.  It's about time the Yankees did this.

Maybe the numbers don't necessarily depict him as a legend in the franchise's history, but his impact certainly does in my mind. The numbers, however, were still very good: 9 seasons .303/.377/.492 4 time All-Star, 4 time top-15 MVP vote getter (I realize this is reaching), and the '94 batting title winner. Did he win an MVP? No. Did he set records? No. But when you needed a big hit he was always there. That man was the heart and soul of the late 90s Yankees dynasty that won four World Series championships in five years. He also won another in 1990 with the Reds giving him a 5th title, but this is a Yankees honor so who cares about that.

His sendoff from Yankee fans in Game 5 of the '01 WS is still to this day the best farewell from a player I think we've ever got. These days farewell tours are so choreographed and scripted it sucks. Despite losing in the World Series Yankee fans turned their attention to thanking Paul O'Neill for everything. I get goosebumps every time I watch this video.

He was also great on Seinfeld for what it's worth.

Disagree with him getting his number retired? Tough, it's happening. Will the Yankees run out of numbers at some point? Definitely, but we'll probably be dead by then anyways, so who cares? That's a future problem. Assuming baseball is a thing this year I'm very excited for August 21st to come around. The Fucking Warrior.