[Sun] - ROMA boss Jose Mourinho could be banned for up to three games after reportedly accusing a top-flight referee of working against his side on behalf of rivals Juventus.

Italian daily newspaper La Stampa reports that during Roma's Serie A clash with Verona on Saturday, Mourinho shouted at official Luca Pairetto: "They sent you here on purpose, Juventus sent you."

In their report of the incident, Football Italia explain that Pairetto’s brother Alberto has been working for Juventus for eight years in a commercial role.

It adds that the experienced Pairetto, 37, has taken charge of 92 Serie A matches.

Never change, Jose. Never change. Well, except the time you spent at Tottenham, could have done without that. But while we have coaches starting melees in handshake lines over here we have Jose accusing a ref of being a spy and fixing matches. I love it. That's how you handle a tie. Not even a loss. Imagine what he'd say if Roma lost to Verona instead of tied 2-2.

Here's the thing though. If you're going to go out this is how you go out. None of this mumbling. None of this subtly taking a dig. You go all the way in. You accuse the ref of being a spy for Juventus. You punt a ball to the moon. You lose your shit and face a suspension. What's the point of getting tossed if you don't truly deserve it.

If this guy is fixing shit for Juventus or being a spy, he's doing a bad job. Juventus is in 4th place currently in Serie A. A solid 9 points behind AC Milan. Also just to prove a point, Roma is in 8th. Pretty sure they have more to worry about than a potential spy ref.

All that said, punting a ball is an A+ move. It's so rewarding to take a ball and just punt it when angry. There's a reason Coach Pete Bell does that exact move in Blue Chips. It would be my go to move when getting ejected if I was a coach. Sure, I've been ejected from a couple games as a player but I only punted a ball once. It was worth it. I'd do it again.

Side note: the tongue out really sells the ball punt 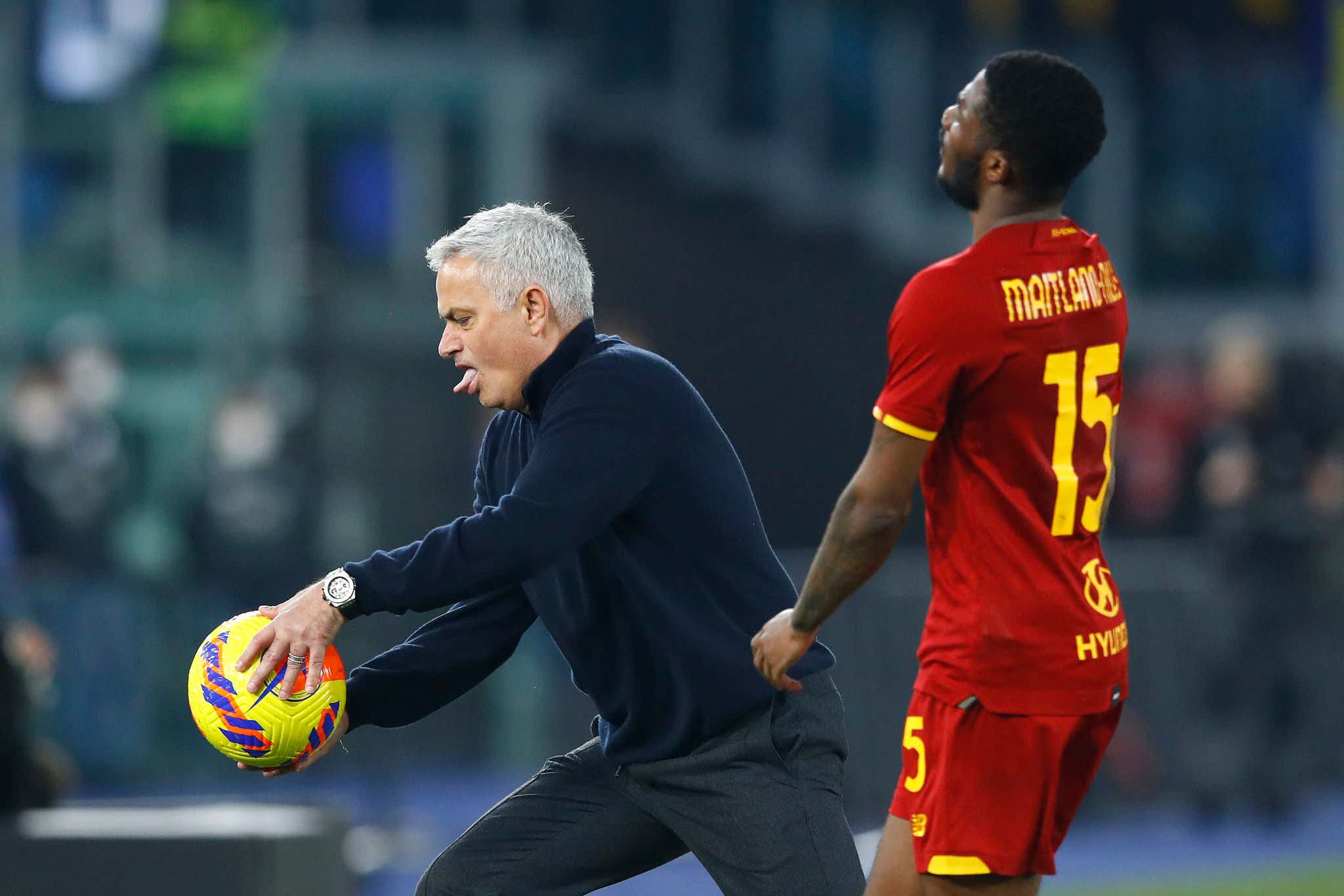