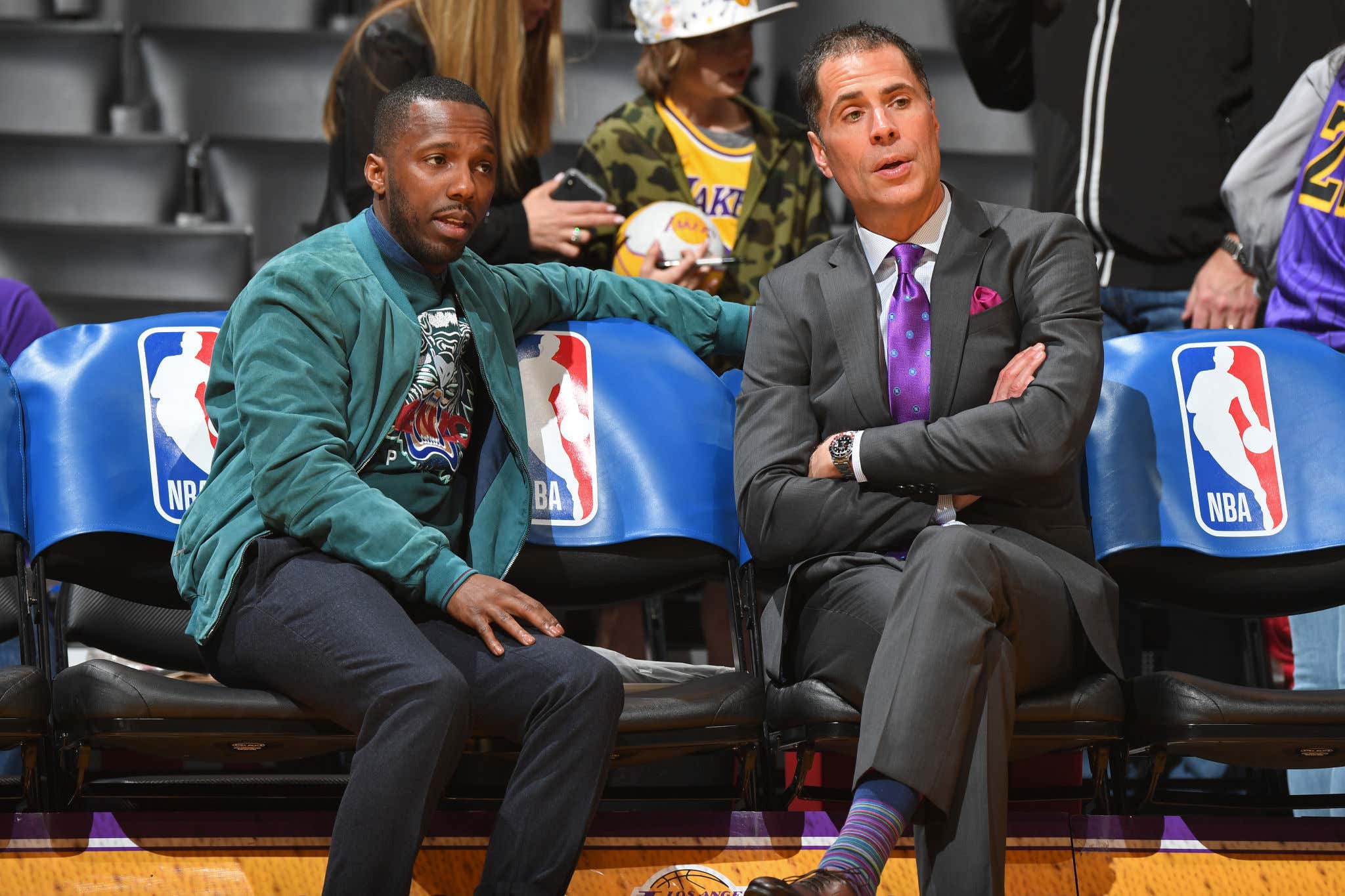 (Source) - The marriage between the Lakers and James is in a precarious spot. The relationship between Klutch Sports, led by James' agent Rich Paul, and the franchise is at its lowest point.

Decisions made in July, August and ahead of the February 10 trade deadline have led to a dysfunctional situation. And it’s becoming increasingly clear the Lakers need to come to terms early with James—August 4, specifically—or part ways.

That's when James is eligible for a two-year extension that could max out at $97.1 million through the 2024-25 season.

If he doesn't extend, James will hit free agency in 2023. The Cavaliers might be able to get to $36.4 million in cap space in an early projection, roughly $10 million short of what the Lakers can pay James. A move or two (trading Lauri Markkanen) could bridge that gap, with a potential starting lineup of All-Stars Darius Garland, Jarrett Allen and James, plus young talents Evan Mobley and Isaac Okoro.

According to multiple NBA sources, Klutch is not happy with Pelinka. The sentiment has long percolated, but it reached a boil when Pelinka refused to trade Westbrook and a future first-round pick (likely 2027) for Houston Rockets guard and Klutch client John Wall.

The move didn't make sense for the Lakers from a basketball standpoint as a significant upgrade over Westbrook, even though Wall averaged 20.6 points and 6.9 assists per game last year. Wall hasn't played this season, with the Rockets focusing on developing younger players. From the Klutch point of view, the Lakers would get their client out of a bad situation in Houston and undo the Westbrook mistake.

Last summer, James met with Westbrook, agreeing that a team-up would work in Los Angeles, per a source privy to the details of the meeting. Pelinka was close to acquiring Buddy Hield from the Sacramento Kings but pivoted to Westbrook at the last moment ahead of the 2021 NBA draft.

This was a pretty interesting weekend for LeBron and the Lakers. It all started during one of his first media appearances this weekend, when he basically couldn't help himself from gushing over the job that Sam Presti is doing running the Thunder.

Now, you may be wondering why it matters that LeBron is praising another GM. Not just in terms of finding talent, but he's also a GM that was active this trade deadline. You should then know that LeBron's GM, Rob Pelinka, did not make a single move to improve the roster on February 10th. Honetly, what was he going to do? Nobody wants to give up real pieces for THT and Kendrick Nunn. The big piece is that 2027 first round pick. The same man that clearly does not give a shit about first round picks

is obviously pretty upset that Pelinka and the team decided to hold onto that pick, considering it's the only thing they have of real value. They already unloaded all their picks to acquire AD. You know, what Klutch wanted. Then they traded for Westbrook, you know, like Klutch wanted. It's now become clear that the Westbrook/AD/LeBron trio in fact stinks and isn't going to cut it. So what does Klutch want the Lakers to do? Trade Westbrook AND that future 1st for another Klutch client in John Wall.

Am I taking crazy pills or is it a little insane that the same people who demanded the Lakers make the moves they did and build the roster as we see it today, is upset that the franchise didn't continue to listen to them and do whatever they wanted? Especially when LeBron and AD could be gone in 2027? At some point, it's on the GM to think of the team's future, not just what LeBron and Klutch want. It's not like Pelinka went against LeBron and Klutch and brought in all these players they didn't want. He did the opposite! He brought in all LeBron's friends because LeBron told him to. Do you think he had no impact on that roster construction? LeBron? Come on.

If we're being honest, this is basically the blueprint when you decide to put your eggs in the LeBron and Klutch basket. You acknowledge that you will no longer have any young players to invest in or any picks to build around moving forward. It's about winning in the now, which the Lakers technically did. They got that title, so maybe you think it's all worth it. But this is usually how things end. The assets run out, the team starts to stink, and LeBron and his camp start laying the groundwork for his potential exit. All this weekend the talk was about going to whatever team drafts Bronny or maybe even coming back to the Cavs for a third time. At what point this weekend did you hear LeBron talk about retiring a Laker and winning another title? Pretty sure it was the exact opposite.

I'd say you hate to see it, but that would be a lie. I in no way hate to see this. In fact, I am quite fond of it. Now we move to one of the crazier hypotheticals out there, and that's if the Lakers have the balls to actually trade LeBron. Can they get ahead of it rather than him leaving them for nothing? It's not like he has a no trade clause. No current NBA player has a no trade clause. If you want to get really crazy, AD is also a Klutch client. He can hit the market as soon as 2024. If Klutch isn't happy with the Lakers and they still stink, do we think they'll keep their client in LA as he enters his 30s, especially if LeBron isn't there? It's a fair question.