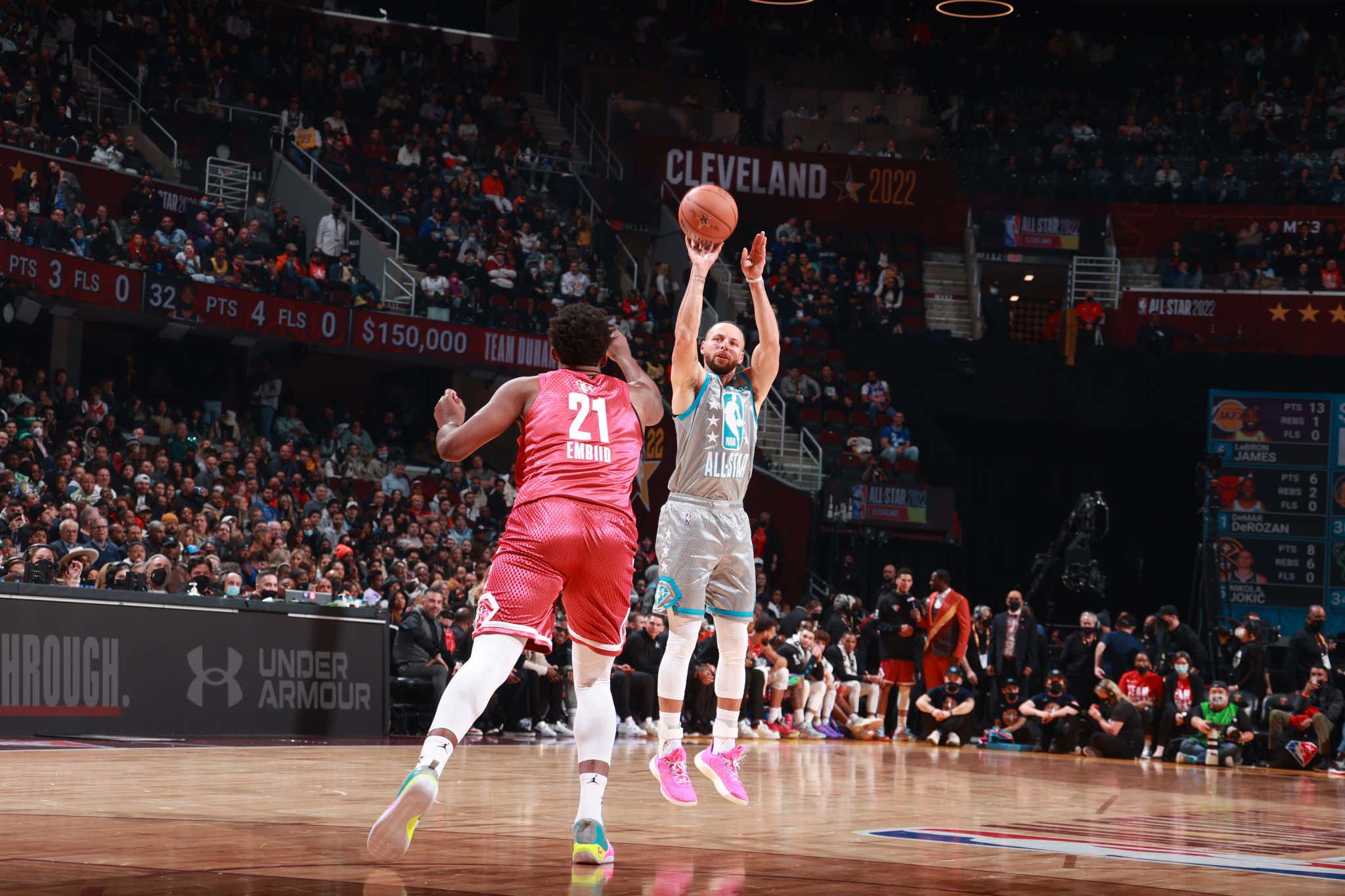 As I type this blog Steph just buried another one three. I'm not kidding. He's now up to 42 points with 14 3PM. Just another day at the office for the greatest shooter we've all ever seen, no biggie. I don't care how many times he does it, which is pretty much every time he steps foot on a basketball court, watching Steph Curry go nuts shooting the basketball will NEVER get old. I don't care when it happens. Shootaround, practice, regular season, All Star fake games, it's must watch TV every single time. We all know he can shoot and is capable of going nuclear at any moment, and yet every time he goes on a run like this it melts your brain

The best way I can describe Steph is he's a player you cannot look away from when he's in the zone. There is not a distance that is too far. I mean this dude isn't even gracing the rim on some of these and he's launching from nearly 40 ft. All in his regular shooting motion too. It's not as if Steph is launching these. He's taking 40 footers like they're FTs.

Pretty sure he's locked up the MVP, so now we can move to the part where he's the only one allowed to shoot. Let's see how high he can go. He's got 50, I say keep going.