Amazing story coming out of Virginia Beach, VA of a wrestler who was born without 2 full legs and only 6 fingers between his two hands winning a state championship. At the 106 lb weight class senior Adonis Lattimore went 32-7 on the season.

Now what this guy accomplished is pretty amazing, to overcome the obstacles he has to win a state championship is inspiring.

The thing is a certain section of the internet is trying to argue that his atypical body was actually an advantage and that because he has no legs it would be impossible to score a takedown, or his 102lb body is equivalent to a 200 lb body if Adonis were to have legs. I do not agree with any of these takes.

Look this is Barstool sports, ESPN simply just reports the bare facts, I sift through the trash of the internet to bring you the discourse. Blacked out the names of the accounts because I'm not in the business to get some wrestling purist fired from his most likely wrestling-related job. If you take wrestling away from a guy like that then he's probably going to have way too much time on his hands and do something radical because he is so mad he had wrestling taken away from him.

This guy makes points that totally count out the disadvantage in movement Adonis has. Adonis's ability to move around the ring is just another reason why his feat is so spectacular.

This guy is just tweeting from a burner and is probably the kid who got beat in the championship. 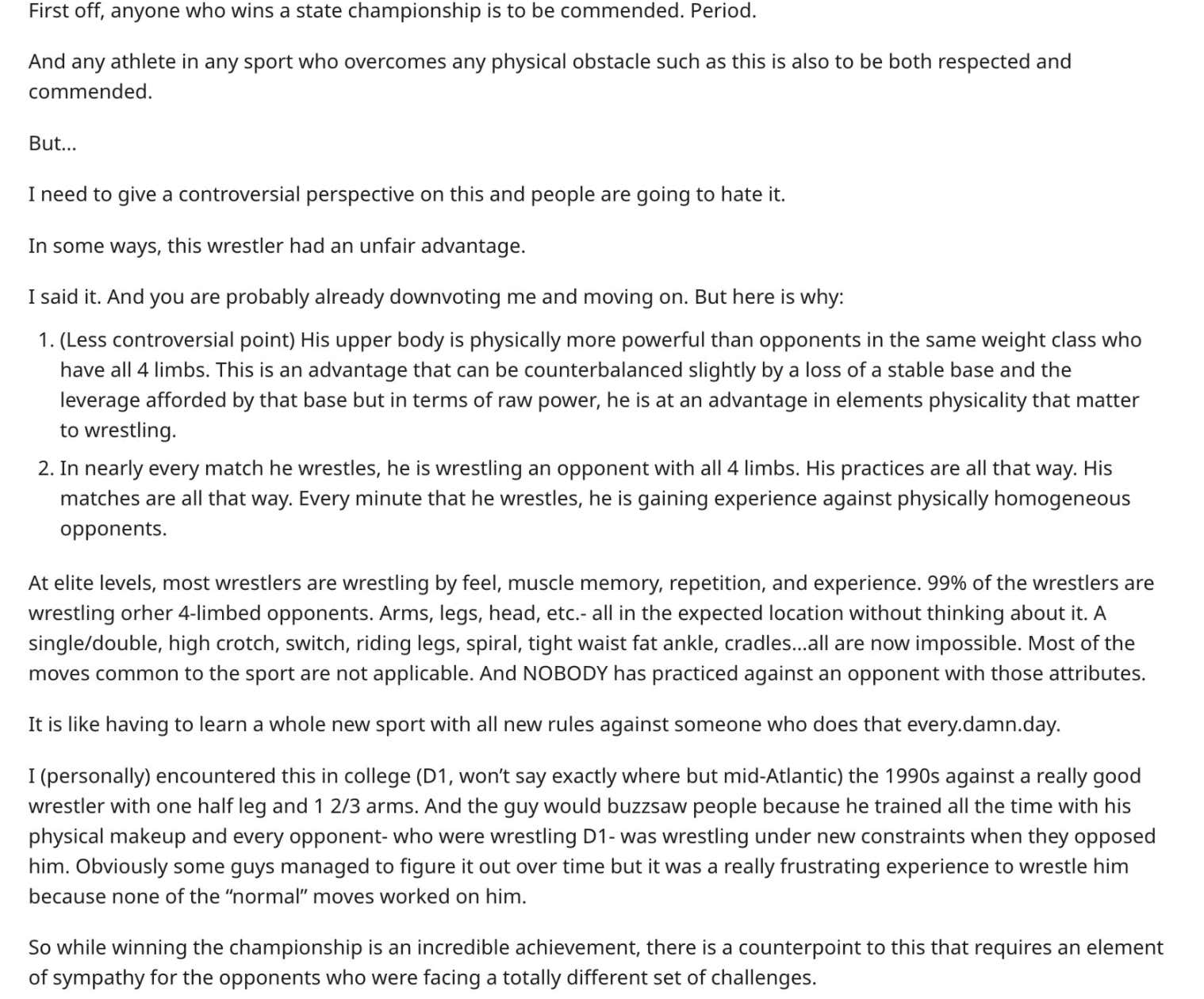 It's crazy how any athlete with any amount of success always receives some sort of hate or flak. Adonis Lattimore is a beast and his highlights prove it. Hopefully, Adonis is as successful at the next level.