NY Post - The men’s 50km mass start race at the Beijing Games was shortened to 30km but that did little to help Finland’s Remi Lindholm, who needed a heat pack at the end of the race to thaw out a particularly sensitive body part.

Lindholm spent just under an hour and 16 minutes traversing the course in howling, freezing winds, leading to his penis becoming frozen for the second time in a cross-country skiing race following a similar incident in Ruka, Finland last year.

“You can guess which body part was a little bit frozen when I finished (the men’s Olympic 50km race) … it was one of the worst competitions I’ve been in. It was just about battling through,” he told Finnish media.

With organizers worried about frostbite during Saturday’s race, it was delayed by an hour and shortened by 20km. The thin suits and under-layers worn by racers, as well as plasters to cover their faces and ears, offered little protection.

Lindholm explained that he used a heat pack to try to thaw out his appendage once the race was over.

“When the body parts started to warm up after the finish, the pain was unbearable,” he added.

First, it was prison-like food offerings for the athletes, now their penises are turning to icicles.

There's "sacrificing your body" for the sport, and "pain is weakness leaving the body" (shout out No Fear T-shirts) and then there's sheer stupidity like this.

Hey Remi, I don't know about you fellas in Finland, but pretty much everywhere else on planet Earth, your penis is a pretty important thing.

You'd think that being spared the first time from a frozen dick, you'd count your blessings and ensure it would never happen again. Dodging a major bullet like that, one would think that'd be a wake-up call.

Rolling the dice in China?

Are you crazy man? You really wanna end up in one of their hospitals with your manhood in their hands?

Also, I'm calling bullshit that your dick was the only thing you feared was frostbitten. We all know your extremities are the first things to go in frozen temps. Fingers and toes. Your cock is one of the last.

Remember as a kid anytime your hands would get cold? What was the go-to move?

Shoving them down your pants right?

That warmed them right up.

As you get older, basic childhood common sense like that gets frowned upon and we are discouraged from doing it, but I'm guessing if your dick was frozen, then your entire body had to be colder than Frankie Carbone in the meat truck.

p.s. - remember "No Fear" T-shirts? As corny as you might want to claim they were, they were badass as fuck and you know it. Are kids today soft as baby shit because they're not walking around in shirts with phrases like these on? I argue yes. Get off the tracks when the train is coming through. No Fear. 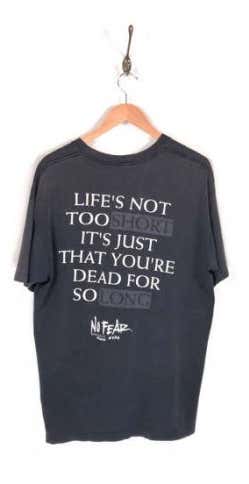 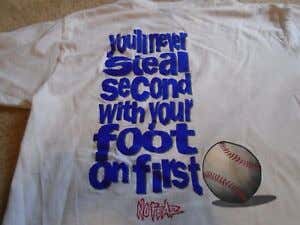 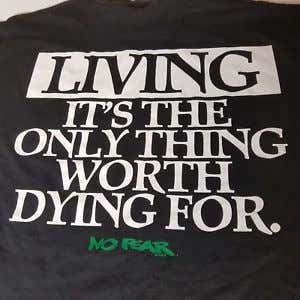 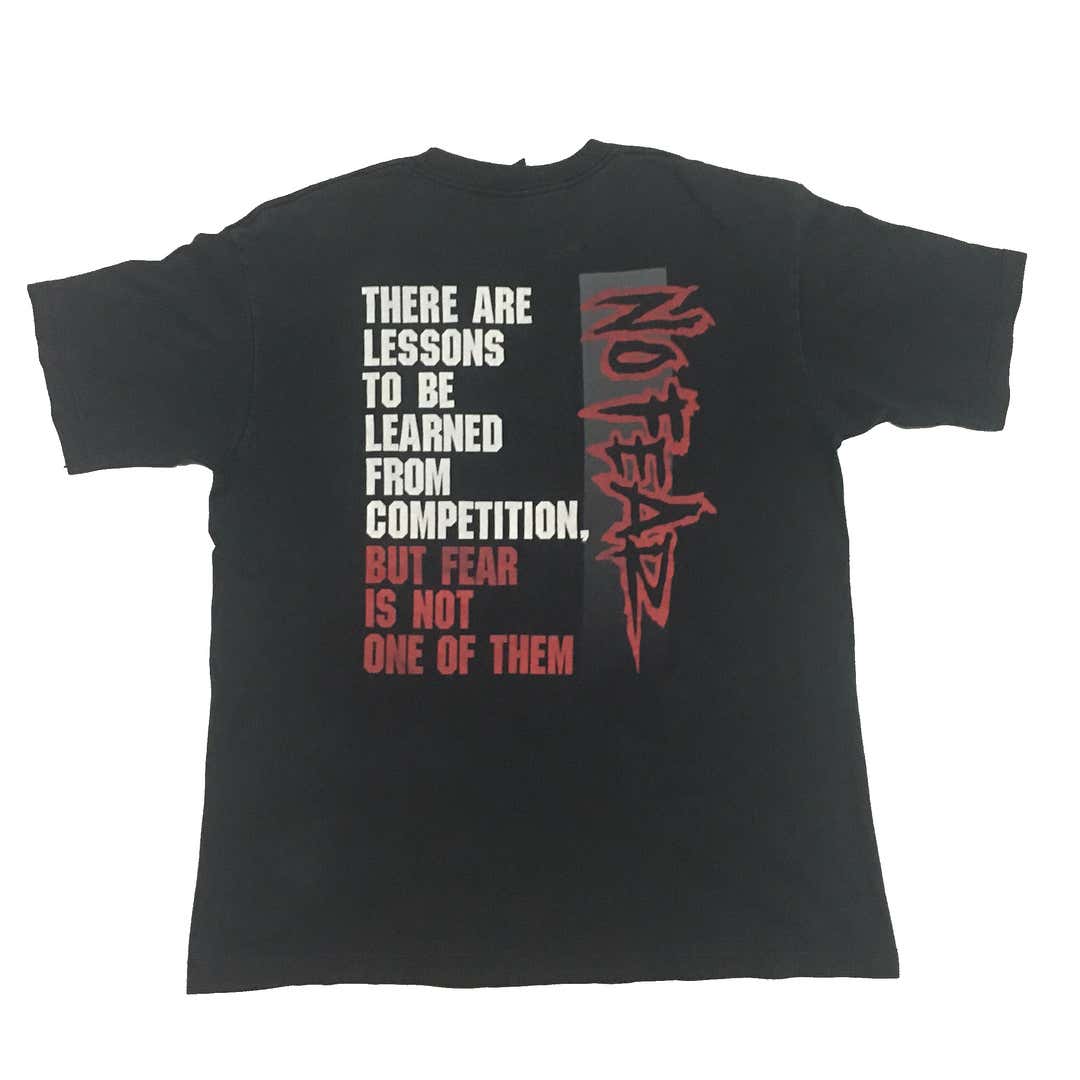 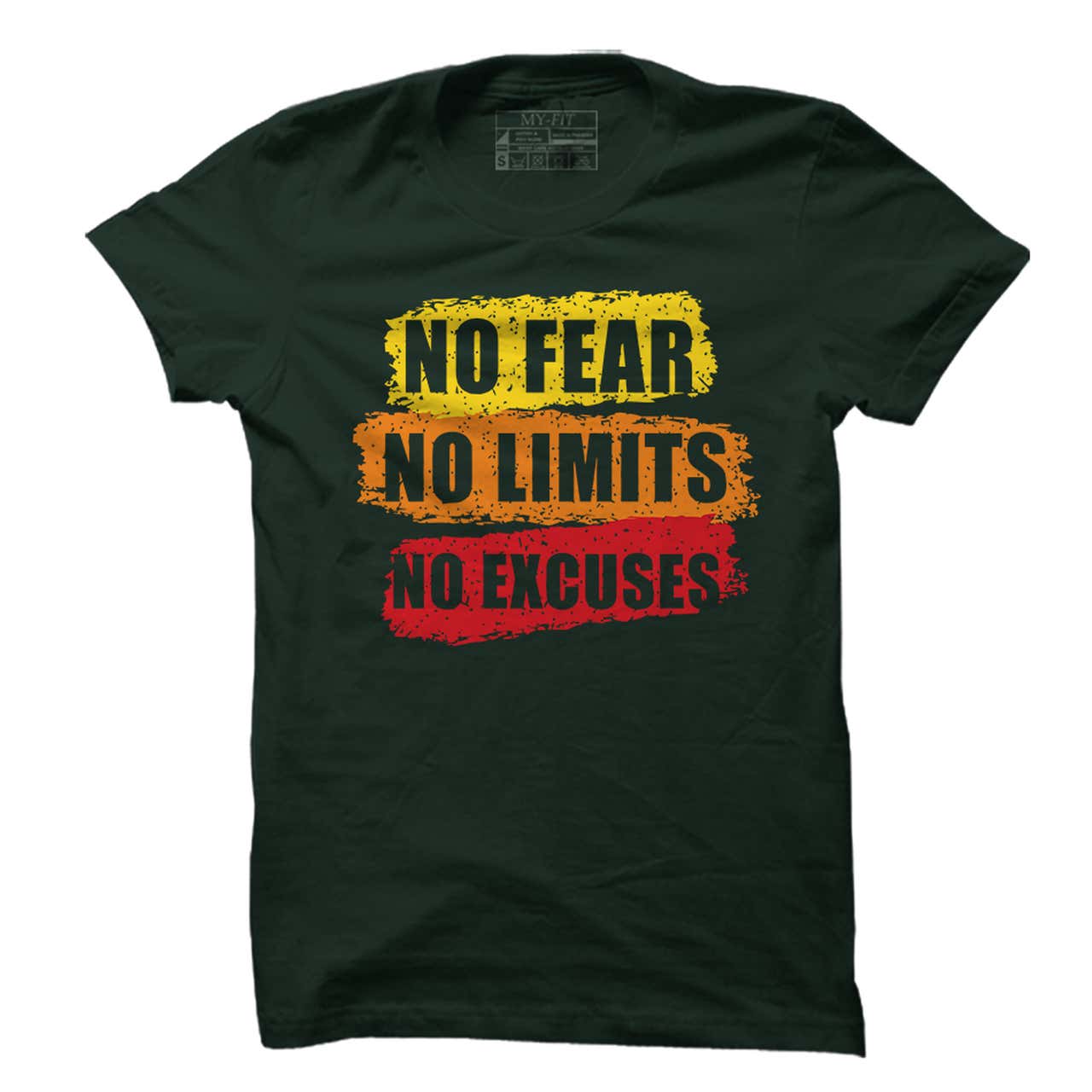 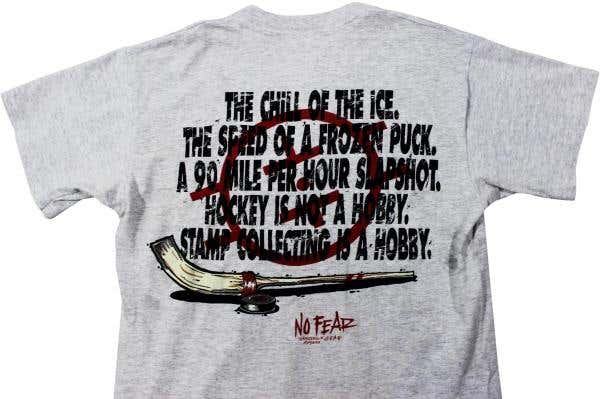 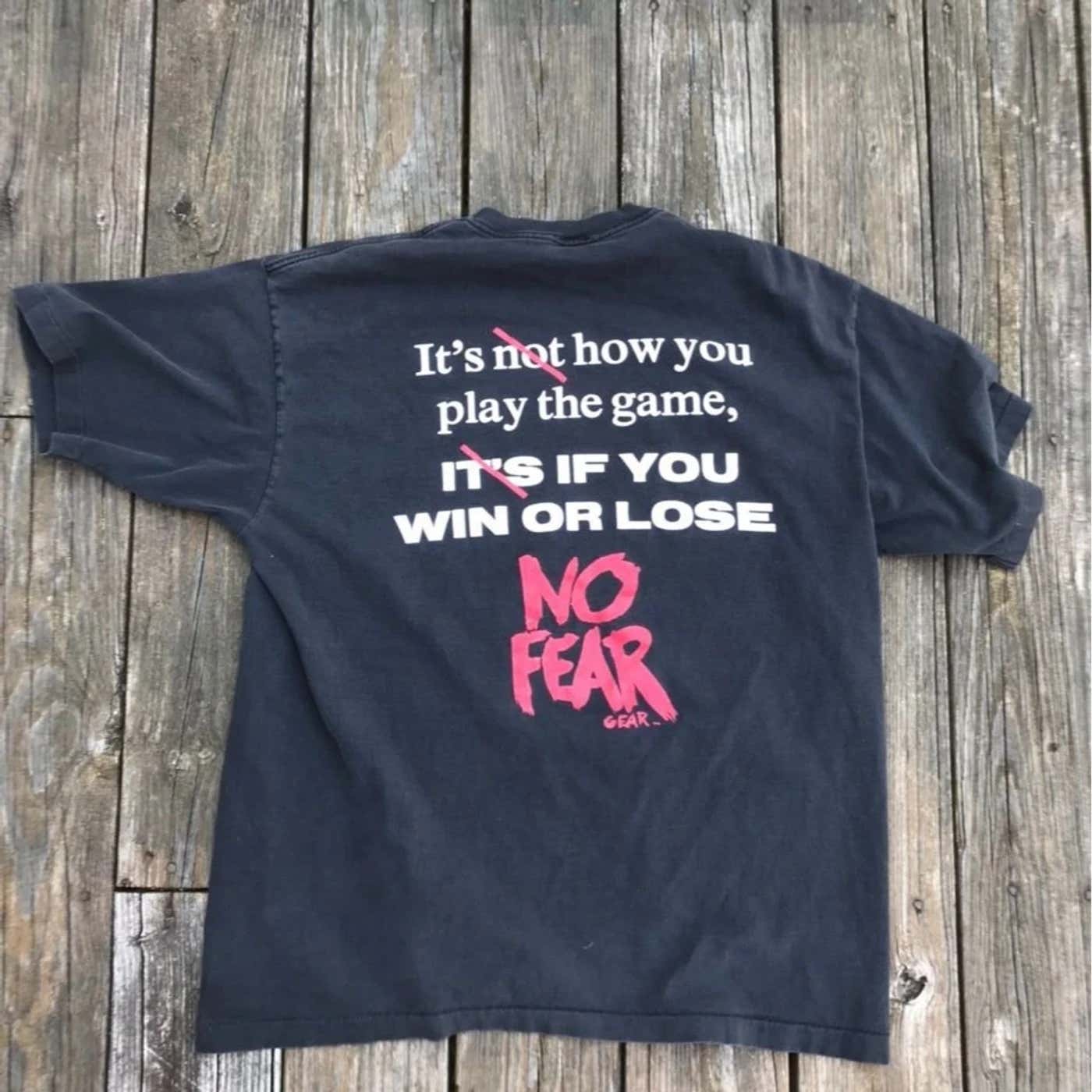 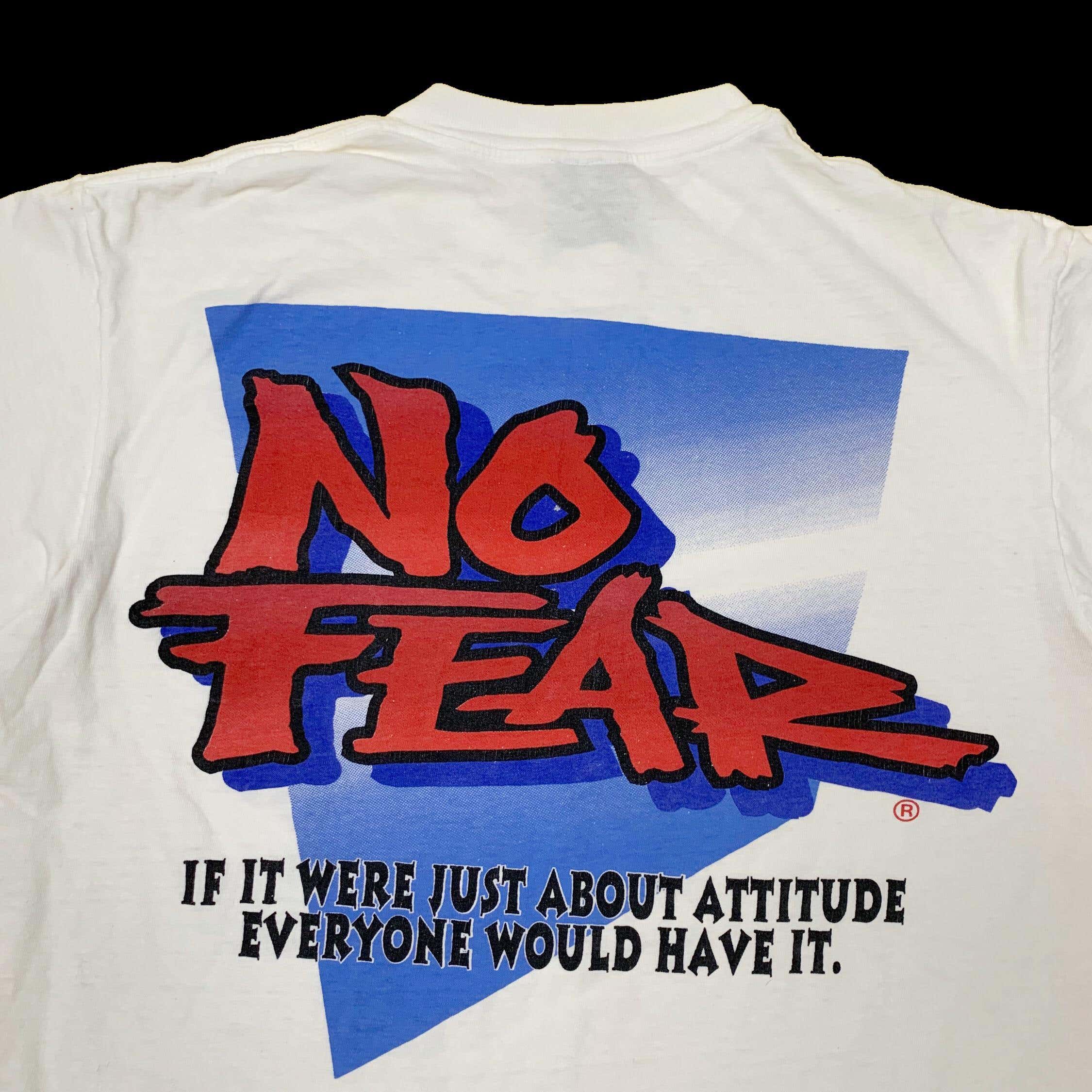 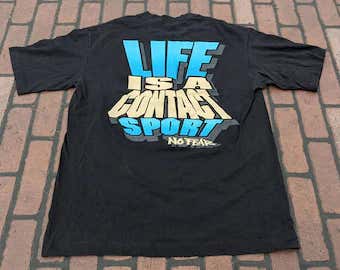 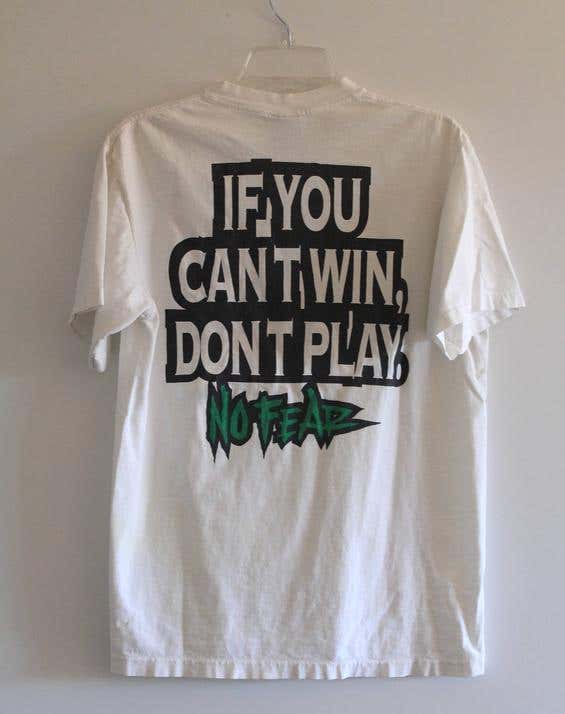 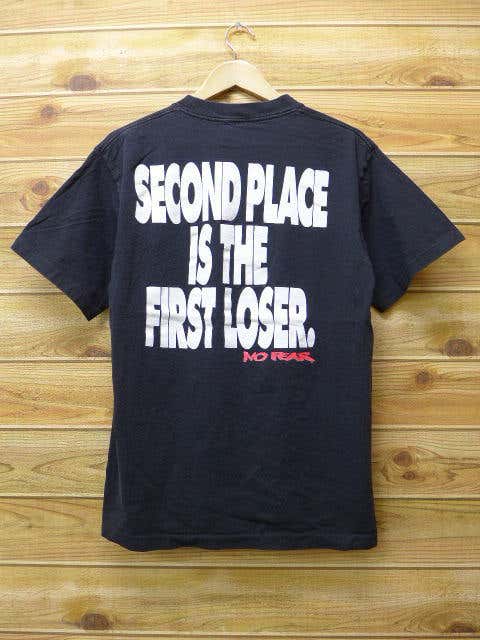