This is amazing stuff. Kanye posted it over the weekend after a stan account posted it's list of who it thought was still on Kanye's shit list.

Kanye corrected them stating that "it was twice as long as that" and added in some notable names.

The first thing that came to mind upon seeing this was our buddy White Sox Dave and his grudge/beef/cancelled/shit list.

Add another thing to the list that these two savants have in common.

Here's a breakdown of some of the best names on Kanye's list and why they're there.

Probably my favorite one on here. I saw this name and spit out my water and I wasn't even drinking.

Peppa made the list after Pitchfork rated Peppa's Adventures: The Album 6.5 out of 10 while Donda only received a 6.

"Peppa didn't need to host listening parties in Mercedes-Benz Stadium to get that .5," a tweet from the official Peppa Pig account responded.

This one speaks for itself.

West has taken jabs at Kardashian’s ex-Ray J in several songs over the years. In 2016’s “Highlights,” he name-dropped Ray J and referenced his former "relationship" with his wife and mother of his children.

"I bet me and Ray J would be friends if we didn't like the same bitch / Yeah, he might have hit it first, only problem is I'm rich," West rapped.

I originally thought this had to do with the Janet controversy but turns out it was Justin not being up to Kanye's standards.

Kanye name-dropped the “SexyBack” crooner during the 2015 MTV VMAs, recounting a past encounter between the two at the GRAMMYs.

"The contradiction is that I do fight for artists but in that fight, somehow, was disrespectful to artists," West said at the time. "I didn't know how to say the right thing, the perfect thing, I sat at the GRAMMYs and saw Justin Timberlake and Cee-Lo Green lose. Gnarls Barkley and the FutureSex/LoveSound album, and bro, Justin, I'm not trying to put you on blast but I saw that man in tears, bro. And I was thinking he deserved to win Album Of the Year. And the small box that we are of entertainers of the evening, how could you explain that?”

At the time, the Tennessee native jokingly tweeted back, “Kanye is so cute, y’all.”

The Jimmy Kimmel Live! host got into a Twitter feud with West in 2013 after spoofing the rapper’s BBC interview, in which he claimed to be the “biggest” rock star.

“JIMMY KIMMEL IS OUT OF LINE TO TRY AND SPOOF IN ANY WAY THE FIRST PIECE OF HONEST MEDIA IN YEARS,” West tweeted at the time, alongside further expletive comments.

Before the feud was squashed in October 2017 when West appeared on the late night talk show, Kimmel revealed his excitement over getting in Twitter spats.

“I live for moments like that. When I got in a Twitter battle with Kanye, I was so happy," Kimmel told GQ in February 2018. "My wife makes fun of me. She's like, ‘You are so happy right now.’ I'm absolutely beaming. I feel very confident in a situation like that."

The DJ got into a heated Twitter exchange with West after the former presidential candidate shared a snap of the file-sharing site Pirate Bay, which had a link to Deadmau5’s editing software Serum pulled up.

The battle intensified as West dragged daughter North into the conversation, writing back, “Do you do birthday parties?? My daughter loves Minnie mouse.”

I had no idea who the fuck this guy was at first. I saw the above post and had to look up who Corey Gamble was. Turns out he's Kris Jenner's boy toy/sugar baby. (PUKE)

Kanye came for Kris Jenner's boyfriend Corey Gamble in February 2022 when he reshared an article claiming that Corey Gamble cheated on Kris Jenner while at a club. A source exclusively told Us Weekly that “this is a false narrative about Corey.”

West continued to go after his estranged mother-in-law's beau the following day.

“God has a plan to remove the godless Corey needed to never be here anyway,” the “Praise God” rapper claimed via Instagram. “And I think he’s a nice person Not a great person A nice person who used to be around Puff’s family then got around Justin Bieber and then when Kris [Jenner] got divorced he slid in He became the tv version of a father figure and as he always called [himself] ‘a REAL n—ga’ He once told my wife he knew what music she should be listening to So when I seen him a week later I had him removed from my daughters birthday party.”

West further alleged that “we” have never met Gamble’s family and that he is responsible for getting estranged wife Kim Kardashian “linked with the liberals in a deep way.”

Some that I was caught off guard and confused about - 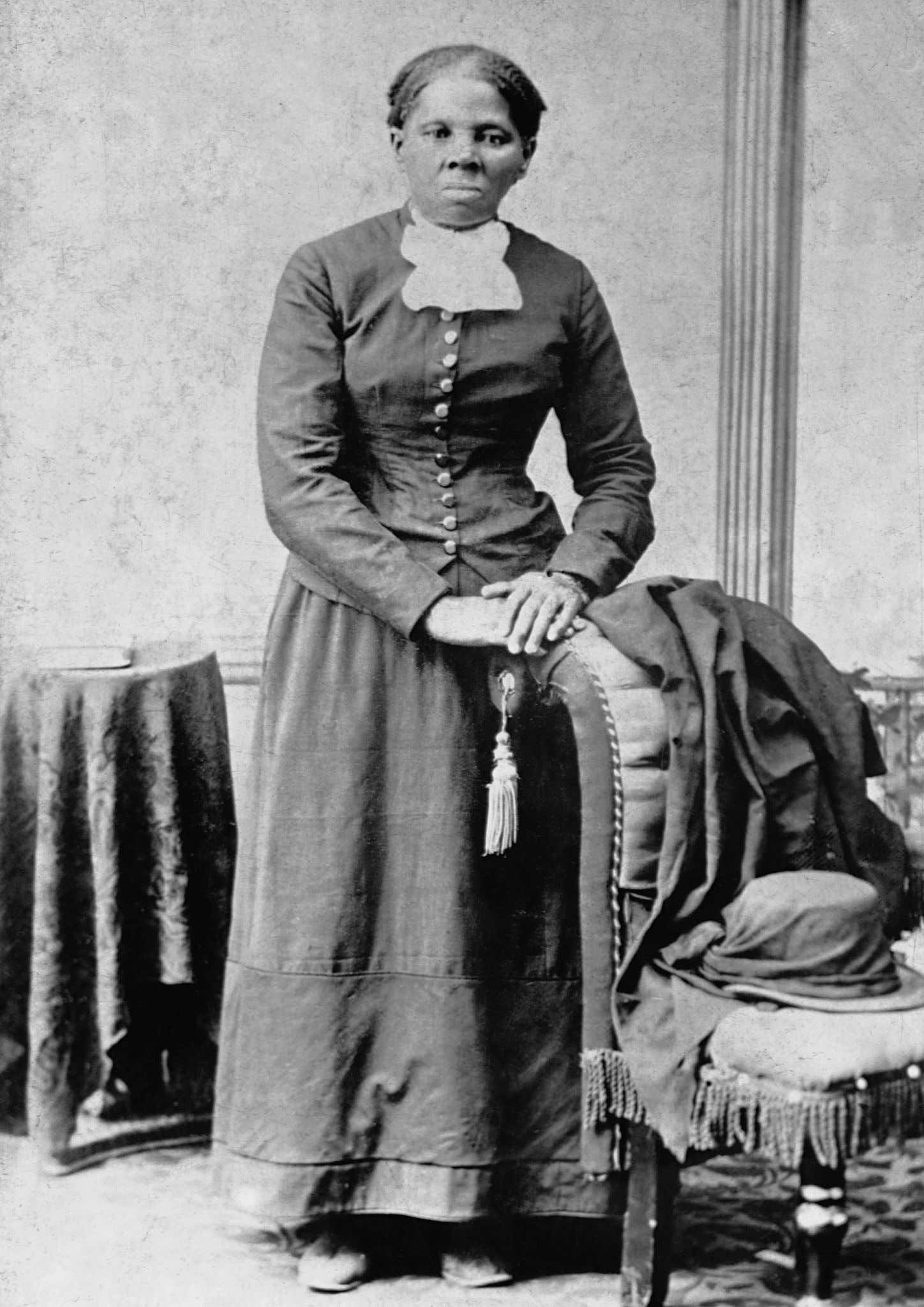 Listen, not sure there's anybody in the world today that can say they have beef with Harriet Tubman. Maybe some long lost descendent of a plantation family empire who "lost everything" once their P&L stopped reflecting free labor?

The only thing I can see her making this list for is as the face of Kanye's belief that "400 years of slavery is a choice."

Even Kanye has to admit this was one of the best (and most off-the-wall random) episodes of South Park. Laugh at yourself a little you little fish stick loving bitch.

Who woulda thought Evel Knieval as the litigious type?

Had no idea why he would be on Kanye's shit list so I looked it up. Turns out he sued Kanye for the "Touch The Sky" music video.

And he did it with authority.

Evel Knievel is suing Kanye West, taking issue with a video for his song “Touch the Sky,” in which the rapper takes on the persona of “Evel Kanyevel” and jumps a motorcycle over a canyon.

Knievel, whose real name is Robert Craig Knievel, filed a lawsuit in federal court yesterday (Dec. 11) in Tampa, Fla., claiming infringement on his trademark name and likeness. He also claims the “vulgar and offensive” images depicted in the video damage his reputation.

“That video that Kanye West put out is the most worthless piece of crap I’ve ever seen in my life, and he uses my image to catapult himself on the public,” the 68-year-old daredevil said today.

I was under the impression this beef was squashed years ago.

It started when Kanye demanded Beck hand his 2015 Grammy award for Album of the Year to Beyonce. When Beck was announced Kanye stormed the stage, but unlike his Taylor Swift rant, he just smiled and returned to his seat. People thought it was a joke. But after the show he elaborated and said "Beck should respect true artistry"…

He later apologized and said he wasn't aware Beck played 14 instruments by himself and produced. Basically the definition of artistry.

Beck accepted Kanye's apology wholeheartedly saying he aspired to "be like him" even.

So no clue what Kanye's deal is still? 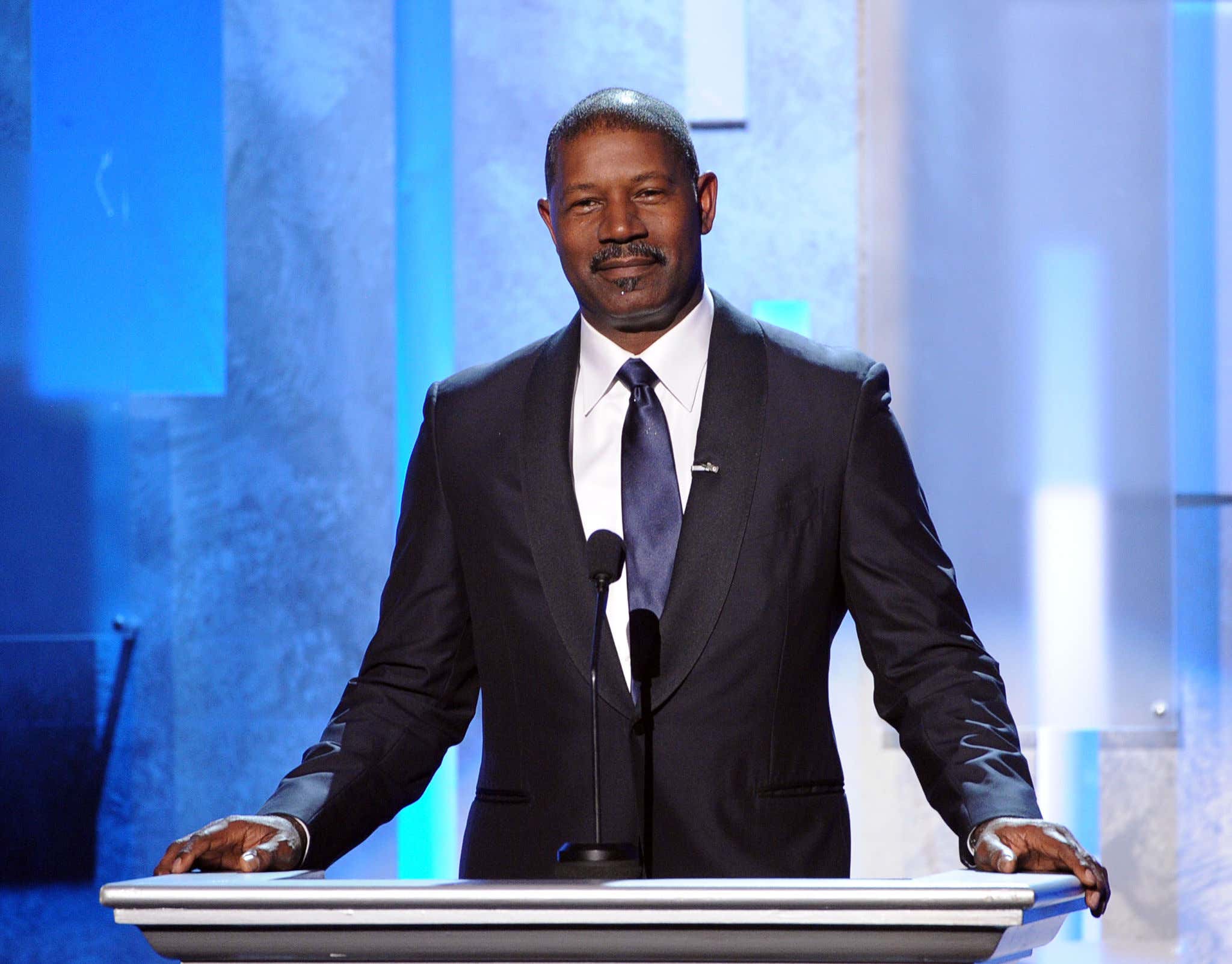 Also the soothing calm voice from the All-State commercials?

What the fuck? What the hell did he ever do to Kanye?

If anybody knows please let me know. Couldn't find anything on this aside from Kanye rapping in his song "All Day," - "You a fake Denzel like the Allstate n****."