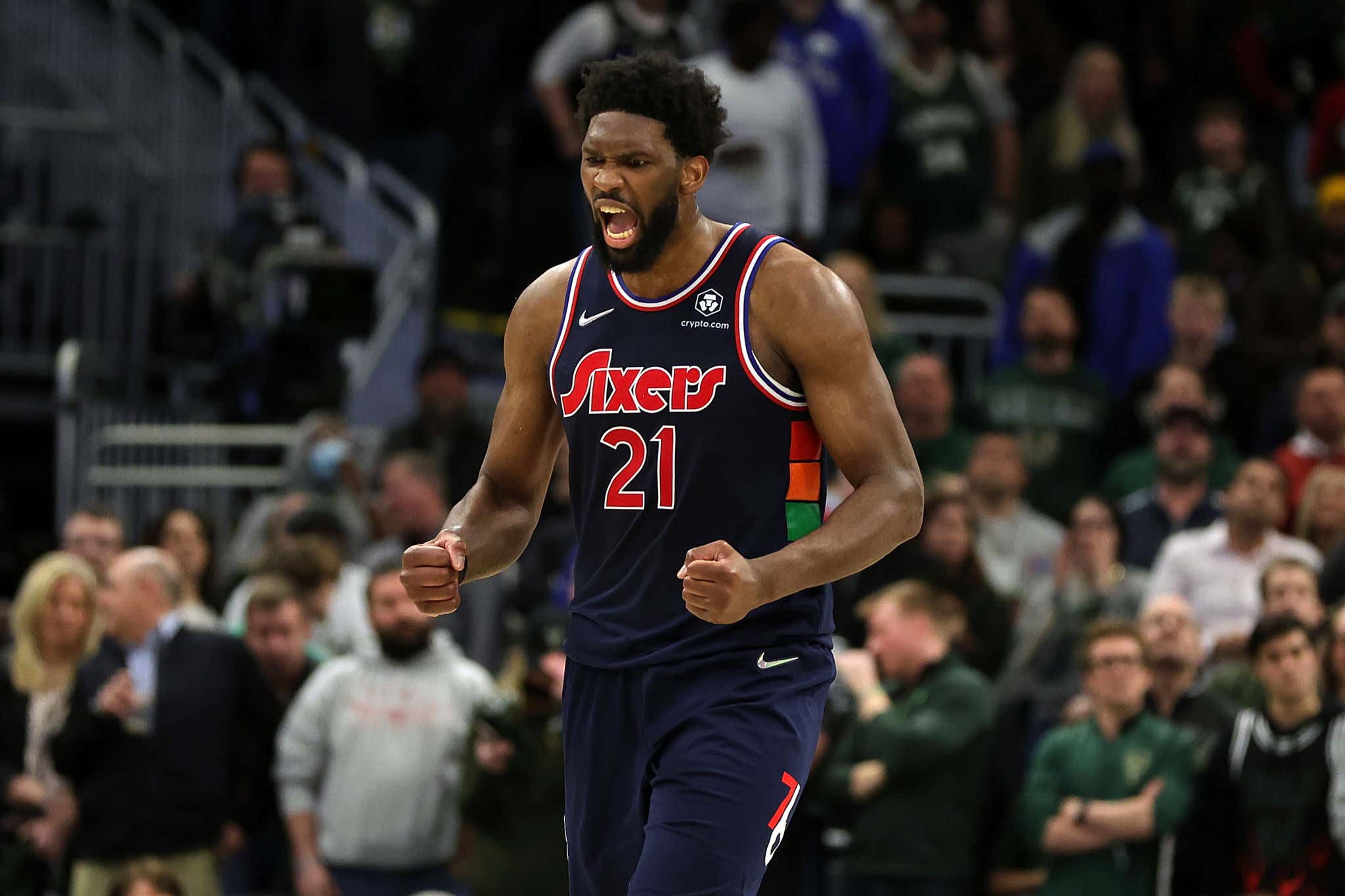 Was there ever any doubt?

The answer is no there was not. Because the moment that Daryl Morey pulled off the trade for James Harden, you knew that Joel Embiid was going to pick his brain for everything he could possibly squeeze out of the beard. And roughly 72 hours later, he'd be able to replicate it to perfection.

Joel Embiid has a beautiful mind. He's able to see something, study it, and forge every movement almost immediately. So when you've got James Harden walking him through his signature step back at practice, that meant it was only a matter of time before it became Embiid's signature step back as well. Case in point:

One James Harden is already hard enough to defend against. But now the Sixers have two James Hardens? Yeah, good freakin' luck once they're both out on the court together. And it's not even just the step back either.

Seems pretty good and certainly not bad to have two of those guys on the same roster. I know a team about 2 hours up I-95 that can't say the same. Might even be three James Hardenses before the season is over.

Can ya feel it?