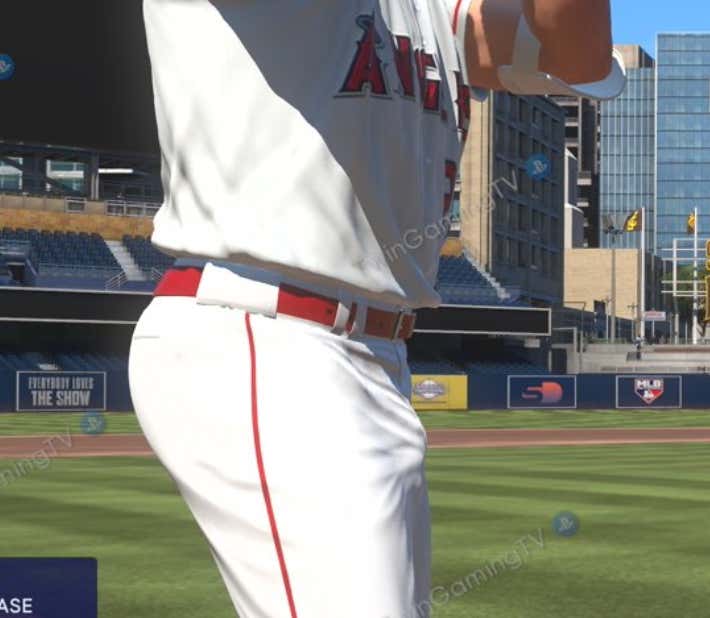 Safe to say there are a few bugs to be worked out in the new MLB The Show 2022 tech test that came out this week. It's just a trial run for players to see how the gameplay is, see some new features, stuff like that. They released news this week of a new co-op format where you can play on the same team as your friends, and it also looks like they gave Mike Trout a raging hard boner in the process. @TwinGamingYT was the first to point out the bone hammer on Trouty, and there's no real hiding it. You can't disguise it either, it's not the pattern of the pants, they aren't pleated, it's just a rock hard piece. Would it surprise me if Trout was still able to play at a very high level with an erection? Not at all, he's Mike freaking Trout. But did I think they would include it in the game? Absolutely not. My guess is this won't be included when it comes out in a few weeks, and I think I'm okay with it. I wouldn't have complained, but it may make him slower on the base paths and it would have been very painful to slide.

Maybe it's been an issue for a little bit because here we have some evidence of other boners in The Show. This is a Rizzo bone job from September. Perhaps it's a special power boost in the game that I haven't unlocked yet? I must have missed that part in the attributes part of the edit your player section, will have to look for it tomorrow. Going to have everyone on my team pitching a tent in The Show 22.