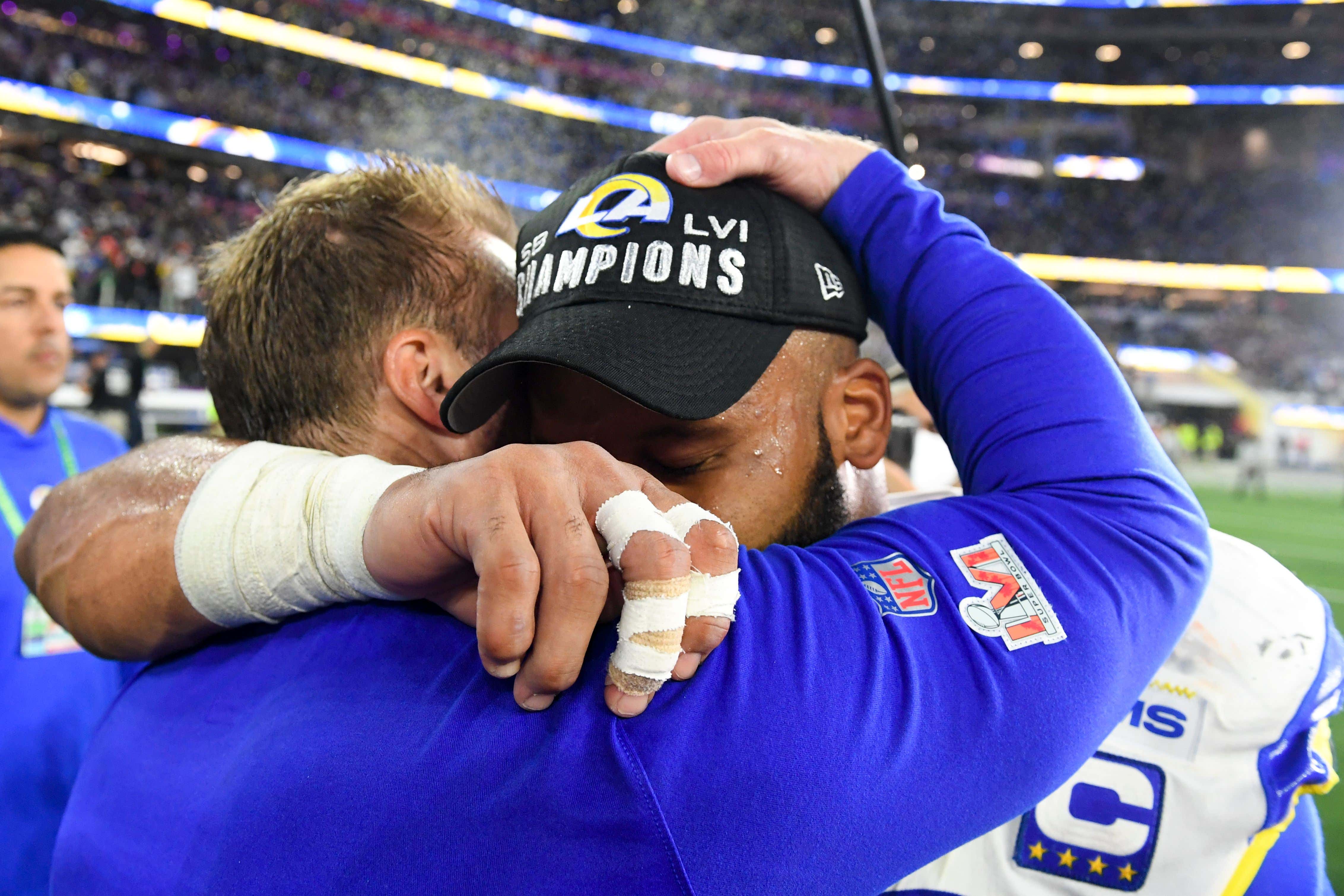 I don't know if it's just my imagination or some sort of recency bias, but it feels like there's a huge trend in the NFL toward retiring young. Almost an obsession about the need to leave the game on top. While there's still a lot left in the tank.

Whereas I feel like for most of my life, guys rarely had the luxury of announcing the end of their careers. Invariably, they heard it from some other guy. The Turk telling them "The coach wants to see you; and bring your playbook." Or they heard it from a guy in a doctor's smock holding up a knee X-ray. Or a lawyer telling him that with this latest child support order, he'll basically be playing for free. You know, the good old days.

Well this week we've witnessed a team make an improbable run to a championship, only to immediately pivot to the question of whether they're 36 year old Wonder Coach and their 30 year old Best Player in Football [tm] will be back next year. Not due to ineffectiveness or injury, the speculation goes. Just because they achieved their career goal and there's nothing left to play for. I mean, you can see the logic. The burnout factor in pro football is off the charts. The mental and physical toll, hard to fathom for a regular person. It's just that before the last say, 10 years, this was the talk you associated with coaches in their 60s with two-pack-a-day habits and 34 year old players with pronounced limps and pain killer addictions, not young, healthy specimens like Sean McVay and Aaron Donald. Times are definitely changing.

That said, we appear to have a definitive answer on McVay's immediate future. Archie Bunker once said, "Men don't lie in terlets (toilets)." And the modern equivalent is impossibly attractive coaches' wives don't like on Instagram Stories: 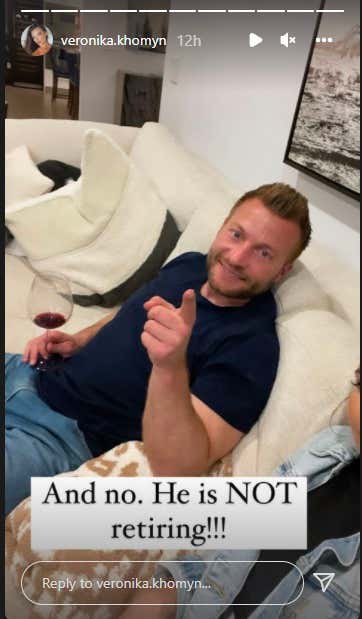 Unless I missed something on Donald's significant other's InstaFace account, right now he's more non-committal. TMZ asked him about his plans. And after about 50 % of the Rams fans who bothered to show up to the parade were done congratulating him through his car window, he gave this equivocal answer:

“If we bring everybody back, I’m back. Odell Beckham, Von Miller, we bring them guys back, let’s make it happen.”

To be clear, there's no reason to put too fine a point on this. You can't parse every word a guy says when he's however many cocktails into the biggest celebration of his life. That answer reads like an ultimatum. But it could just be a guy who appreciated working with Miller and OBJ understanding that they're at the ends of their deals and letting it be known he wants to keep playing with them. Or it's him using the enormous leverage he enjoys right now to help his friends.

But then again, it could be exactly an ultimatum. Terms and conditions of his return that the Rams will have to click "Agree to all" at the bottom of in order to keep him. To be fair, Miller told TMZ he's all about coming back and Beckham is likely going to have to miss most or all of next year after blowing his knee out. But it remains to be seen if deals can be worked out that will be to Donald's liking now that he sort of seems to need to be convinced to keep playing.

But such is the nature of winning a championship. There's a reason there hasn't been a back-to-back Super Bowl winner in 17 years. The only thing harder than reaching the mountaintop is keeping the band back together for another. From what I've read, the Rams aren't in the worst salary cap situation, deals can be restructured and space cleared. But there's no reason to expect help in the draft since Les Snead, the man wearing the "Fuck Them Picks" shirt with his own face on it yesterday:

… traded a dump truck filled with them to build this team. Including including two firsts for Matthew Stafford, two firsts and a fourth for Jalen Ramsey, a second and third for Miller, and a fifth and sixth for Sony Michel. Snead currently doesn't have a pick until the fifth round this year, and doesn't have another first until 2024.

I mean, you'll take it because it worked. But that is the dictionary definition of loading up to win now. And when your head coach and most important personnel asset have at least reached the Rumor Stage of retirement contemplation, where they're issuing YouFace denials or answering questions about their list of demands to stay, it doesn't give you the impression the Rams are a dynasty in the making. Even with McVay and Donald around in 2022. Stay tuned.