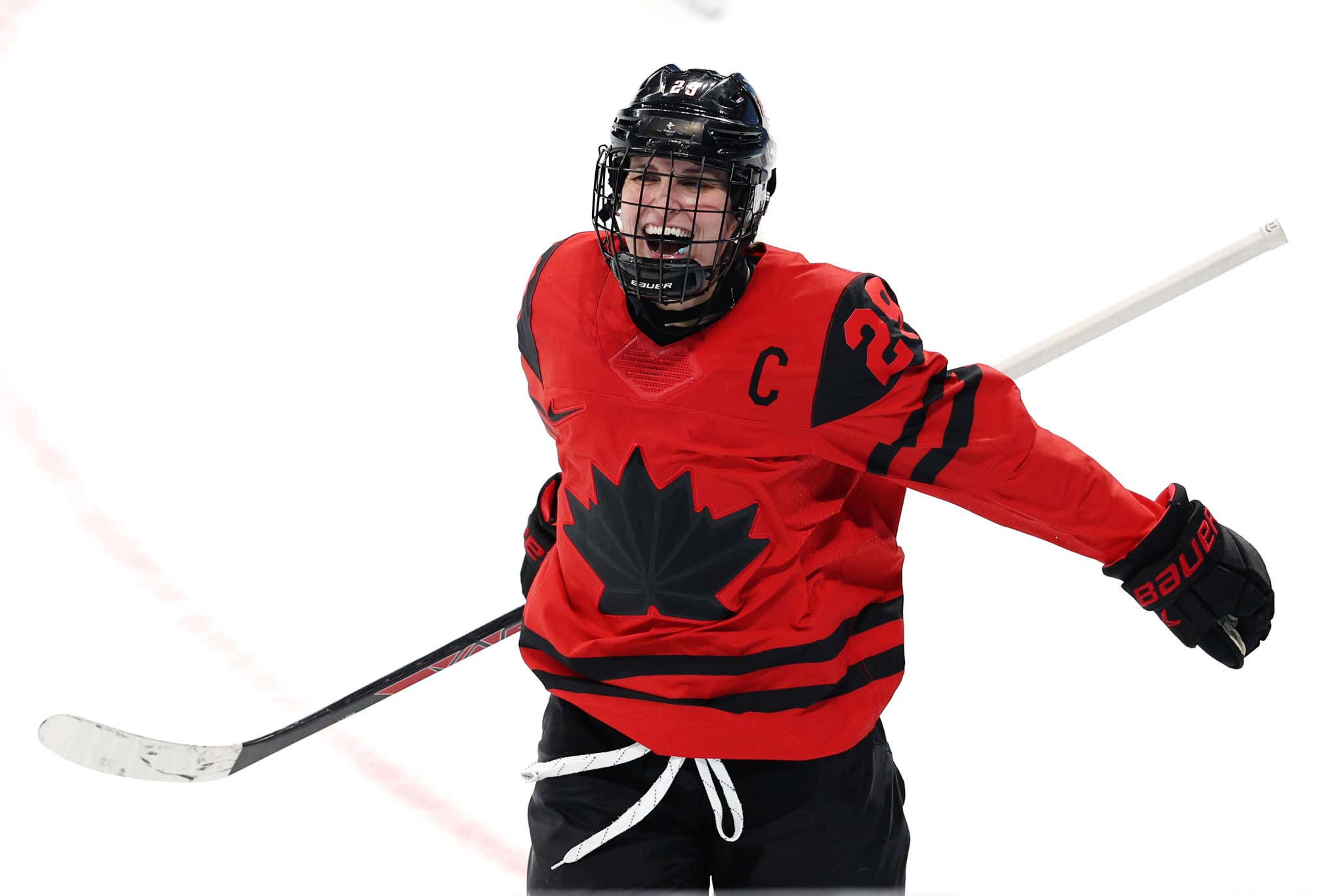 Every single one of them.

Care to take a guess at how many other Olympic hockey players--male or female--have ever scored in 4 gold medal games? The answer is absolutely nobody. And before any of you bozos come rushing to say "yeah well that's because there are really only 2 good teams in the women's tournament and Canada plays for gold every Olympics"…just keep in mind that the Canadian men won gold at the first 4 Olympics that hockey was a part of. Also the Soviet Union won four straight golds and played in 7 straight gold medal games from 1964-1988. So it's not like nobody ever had a chance to do it before. It's just that Marie-Phillip Poulin is the most clutch out of all of them.

And as if just scoring a goal in the most important game every 4 years isn't enough, Marie-Philip Poulin scored the game winner in each of of those 3 gold medals that she won. 4 gold medal games played. Goals in all of them. 3 Olympic gold medals won. 3 game Olympic gold game winners. And she's only 30 years old so she still might have some gas left in the tank for Italy in 2026. Looks to me like she runs on diesel.