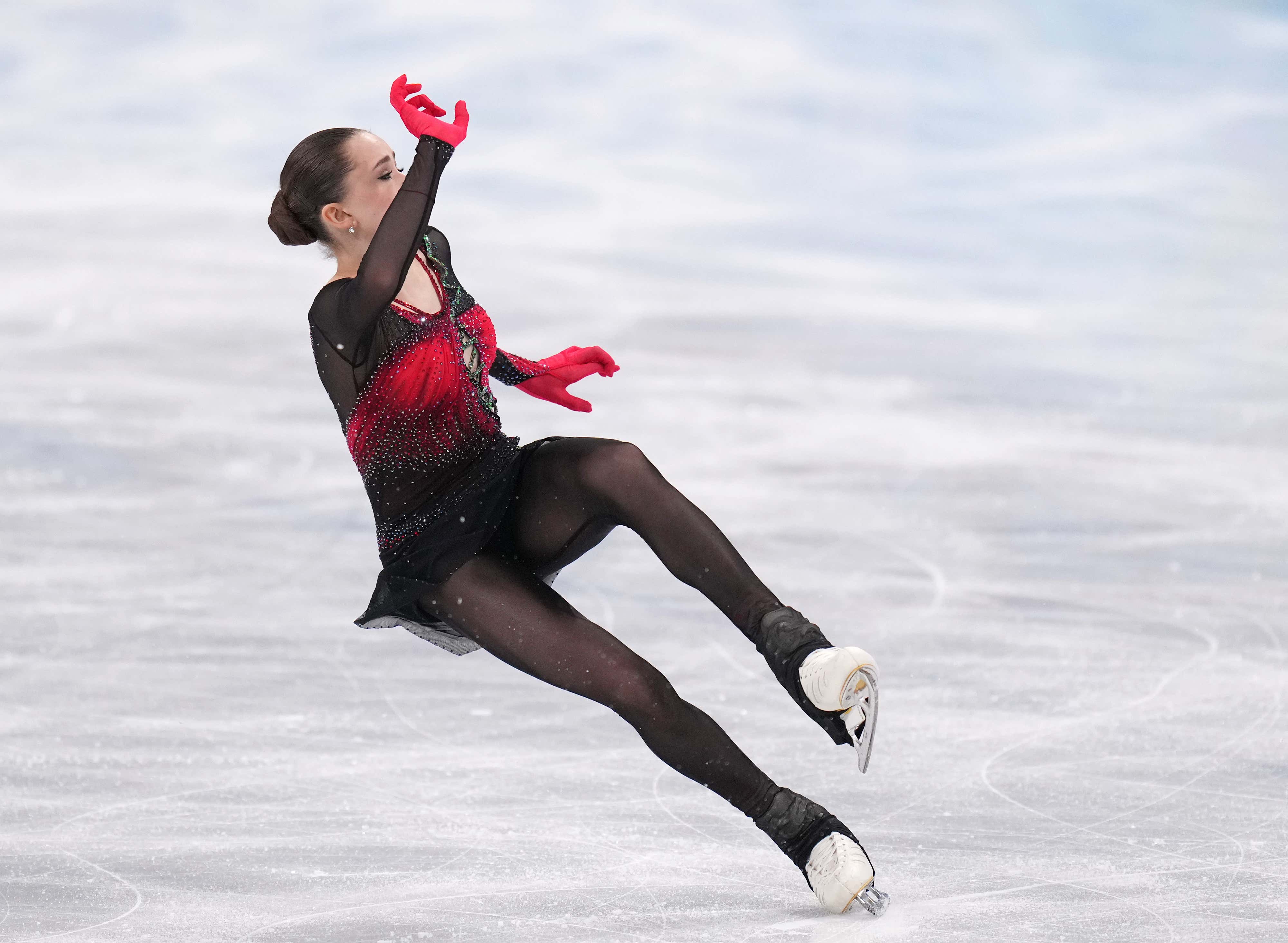 It would appear that finally, our long, national nightmare is over.

The Russians have been dominating the news these last few weeks. Their threatened incursion into the Beijing Winter Olympics has created chaos and instability. It's had people from around the world worried about the imminent danger of such an audacious move. Put countries on high alert. And harmed world markets as investors have nervously waited to see how the situation would play out.

Well we have our answer. And the Women's Figure Skating crisis managed to work itself out peacefully. Granted, the Russians ignored international law when they pumped gold medal favorite Kamila Valieva with performance-enhancing heart medicines and tried to blame it on her granddaddy:

But in the end, their power play failed. The forces of … call it what you will - karma, fate, cosmic justice, prevailed. After finishing first in the Short program, Valieva had a disastrous Free skate and didn't even make the medal stand:

Source - Russian star Kamila Valieva burst into tears Thursday as she missed out on a medal in the women's figure skating after a performance filled with mistakes and haunted by the doping saga that has come to dominate the Winter Olympics.

The 15-year-old prodigy and gold medal favorite made several errors in her routine, momentarily hitting the ice twice as she missed out on the podium.

Valieva placed fourth in the competition, which has been engulfed in the scandal surrounding her positive drug test before the Games.

The results means that a medal ceremony will take place, as Valieva did not place in the top three. Russian athletes did, however, with 2021 world champion Anna Shcherbakova and Alexandra Trusova winning gold and silver. Kaori Sakamoto of Japan captured bronze.“

It makes me angry that the adults around her weren’t able to make better decisions," said NBC Olympics figure skating analyst Tara Lipinski watching the drama unfold. She added that Valieva "should not have been allowed to skate in this Olympic event.”

Look, none of us should be celebrating the failure of a 15-year-old. And it's important to remember that the first victim in all of this is Kamila Valieva herself. The entire Russian Olympic program is so utterly invested in juicing their athletes up more than your typical Wrestlemania card, they're forced to compete under this weird, ROC acronym like they're some sort of secret society. SPECTRE or Hydra or something. Still, they have so little concern for world opinion that they'll insult our collective intelligence with fairy tales about crazy mixups with Grampy Valieva's meds.

So not enough bad things can happen to them. As Johnny Weir put so simply and eloquently said, "If you can't play fair, don't play." Valieva's failure is Russia's failure. And that is to be celebrated. To quote Ken Jennings during last night's Final Jeopardy question about the Reign of Terror during the French Revolution, "As Robespierre found out, live by the guillotine, die by the guillotine."

And the true ironic justice in all this is that if the Russian coaches and handlers hadn't made her take trimetazidine, Valieva would've probably skated away with gold easily. Not only is she the best skater of the moment, Lipinsky and others have called her the best ever. If they'd just let her be, they don't create this whole firestorm of controversy that was clearly too much for a girl in her mid-teens to handle. This was an own goal. You could compare it to Barry Bonds and Roger Clemens allegedly taking PEDs after they were already mortal locks for the Hall of Fame. But the difference there is, when they were believed to have started juicing, it wasn't against MLB rules. Trimetazidine most definitely is in the Olympics. And Bonds' and Clemens' performances were, in fact, very much enhanced. Allegedly.

Unfortunately, with other Russians winning gold and silver, the Russkies won't care. Valieva will probably be discarded as they look for the next Valieva and better masking agents. Sent to work in whatever factory or farm where they send teenage athletes and performers they deem past their prime and no longer of any use to the state. For her, we can all be truly sorry. She deserved better. But it would've been so much worse for the great sport of Figure Skating to have her win.

In a world of perfect justice, the entire ROC team would be banned after being a proven, systemic, serial-cheater organization. We don't live in that world. We have to take whatever imperfect justice we can get. Maybe by the time we hit Milano-Cortina in 2026, they'll have cleaned up their act. But let's not kid ourselves. Somewhere out there an 11-year-old Russian girl is already being trained for those Winter Games, so that if she tests positive, they can hide behind the fact she's a minor, just like they did here. But at least skating has a chance to survive until then.