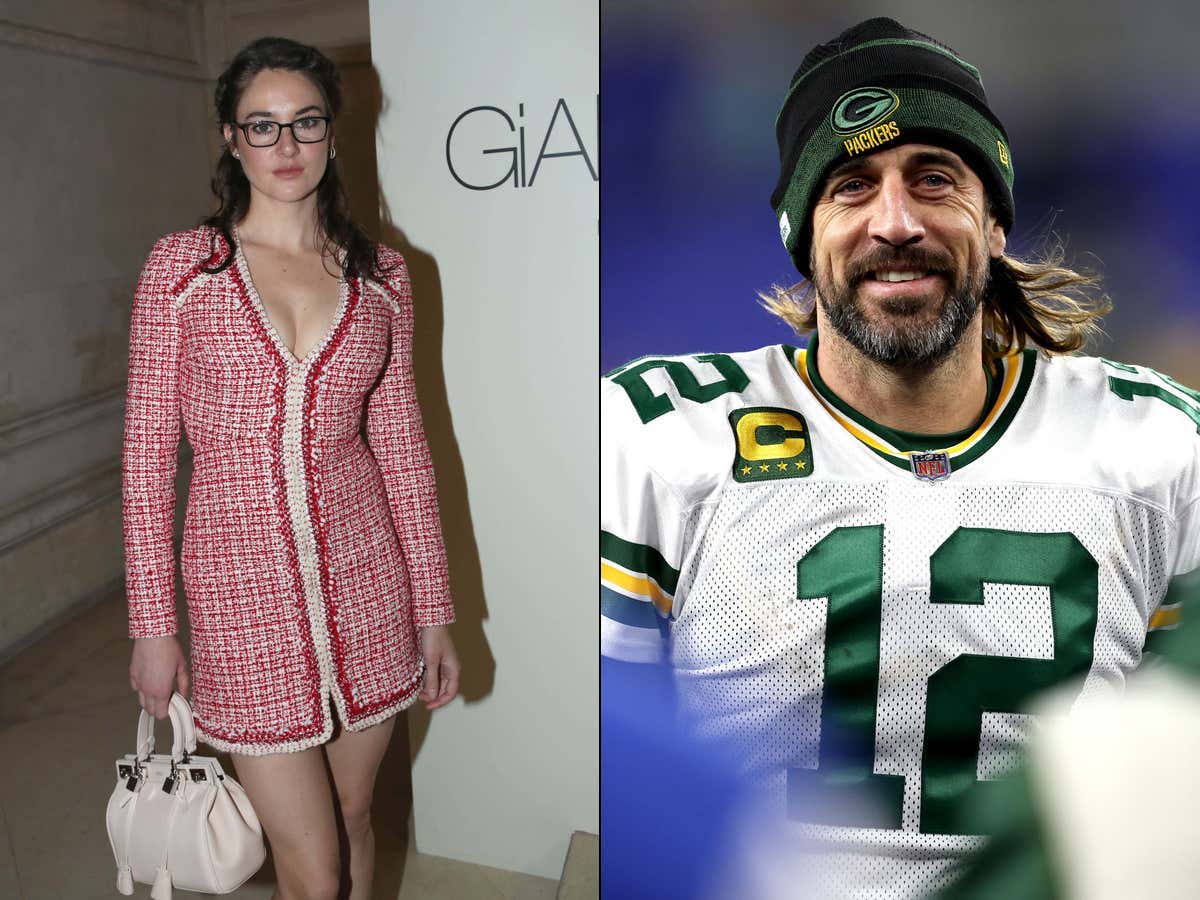 It's over between Aaron Rodgers and Shailene Woodley -- the power couple has called off their engagement after less than 2 years together.

The 38-year-old NFL MVP and actress, 30, have reportedly ended things for good … months after they were rumored to have split.  Word is Rodgers was getting "cold feet" and prioritized his football career … with the report adding Woodley felt "neglected" during the relationship.

Folks, love is dead. I'm here to sadly report that Aaron Rodgers and Shailene Woodley have called off their wedding. Who would have thought that after getting engaged practically five minutes into meeting each other that it would end this way? Oh, everyone? Hmmm

Listen, I can't stand here and tell you I'm shocked in any way shape or form. There were rumors all over the place recently that they had called it quits, backed strongly by the fact we hadn't seen them together at all since their extended vacation in Hawaii just before the season got going. When Shailene didn't show up to the NFL honors award show last week for Rodgers' 4th MVP I think that was a clear cut sign things were done. Rodgers also failed to mention the actress in his acceptance speech. Seems like something you do for your soon-to-be wife who is ride or die.

And by ride or die, I mean ride or fucking die. When she murdered that random guy from Cali who people said looked like Rodgers I thought they were meant to be.

You don't do that unless you're in crazy love with someone as far as I'm concerned. Olivia Munn or Danica never showed that kind of loyalty, so that made me think things were different this time around. I'm afraid not.

Obligatory Olivia Munn gif because you earned it for reading this far.

According to the TMZ report, Rodgers clearly still cares about football and maybe that didn't mesh well with someone who spends time each day foraging in the woods for food and making her own toothpaste.

"I make everything from my own toothpaste to my own body lotions and face oils. I could go on for hours," she says. "I make my own medicines; I don't get those from doctors. I make my own cheese and forage wild foods and identify wild plants." (E News)

The man needs football in his life still. He doesn't have time to set out into the wilderness for his daily needs. The way I see it, I think this puts to bed the retirement rumors. Single Rodgers doesn't retire, that man is either staying in Green Bay or ending up in Denver with Hackett. His career does not end here.

P.S. If Ryan Reynolds and Blake Lively ever break up then there really is no chance for love. Until then the concept holds on by a thread.