NY Post - A mom hit back at fellow parents who slammed her for dropping her son off at school wearing a short pink playsuit that showed her curves.

Vanesa Medina, a model and lawyer, was filmed on the school run this week at her child’s school in the Bolivian city of Santa Cruz de la Sierra.

The short clip, which was filmed by another parent whose child attends the school, shows Medina in a skin-tight playsuit.

She can be seen getting out of her car and grabbing her child’s bag before walking him to the gate.

The daring outfit had a halter-necked top and a cut-out at the chest.

As Medina turns around to get back into her car, the woman shooting the fly-on-the-wall documentary comments that the clothes are “inappropriate” in front of young children.

The disgruntled secret camera wielder also said it wasn’t the first time Medina had worn something revealing at the morning drop-off.

You know what's not a problem there?

Getting fathers to drop off their kids at school.

And this is exactly why. 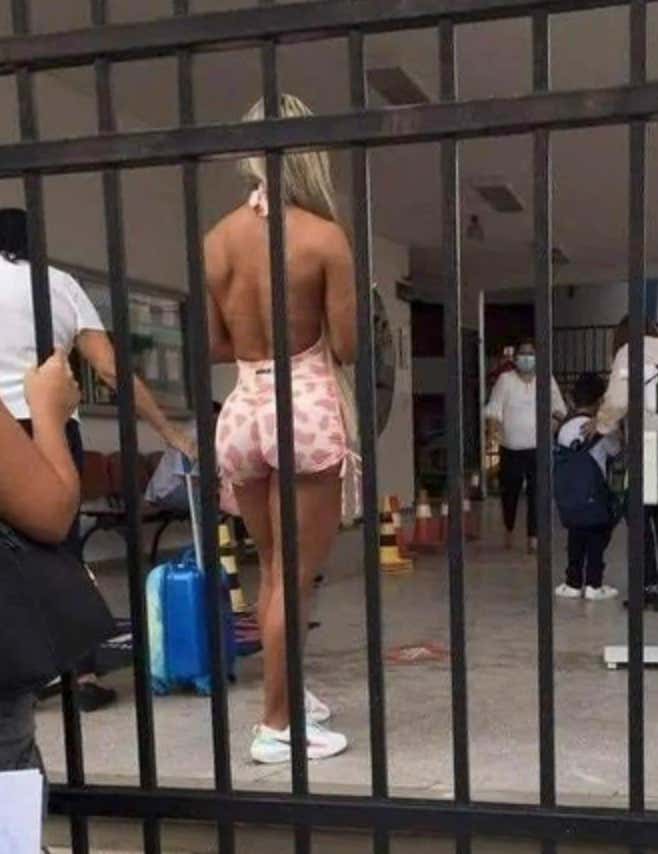 I'm actually surprised it's not the opposite. Dad's fighting tooth and nail for the privilege of dropping their kids off and their wives putting their foot down saying no. Interrogating them like the Spanish Inquisition on why all of a sudden they give such a fuck about bring Tommy to school?

There is nothing in the world on the level of a jealous female. They will go to no end to ruin somebody else's life. This video is just proof of that.

She said: “I wanted to express my gratitude to everyone who sent messages of support, signs of affection and appreciation with such beautiful words, and defending me on social media over that video that went viral with bad intentions against me that the mother took, wanting to denigrate me, exposing herself with such contempt towards me, and exposing my 4-year-old son without knowing that is a crime.

“But this post is not about that woman, it is to thank all those people who stood by my side.”

She added: “I am a fit mommy who works hard and I take care of my son with all the love in the world, and I don’t do anything bad to anyone.

“People who know me know I have a heart full of love and values.”

From all the hard-working dads out there, you keep doing you, Vanesita. Let the haters hate from the nose bleeds.

p.s. - thoughts and prayers (and lots of therapy) for this lady's poor son.