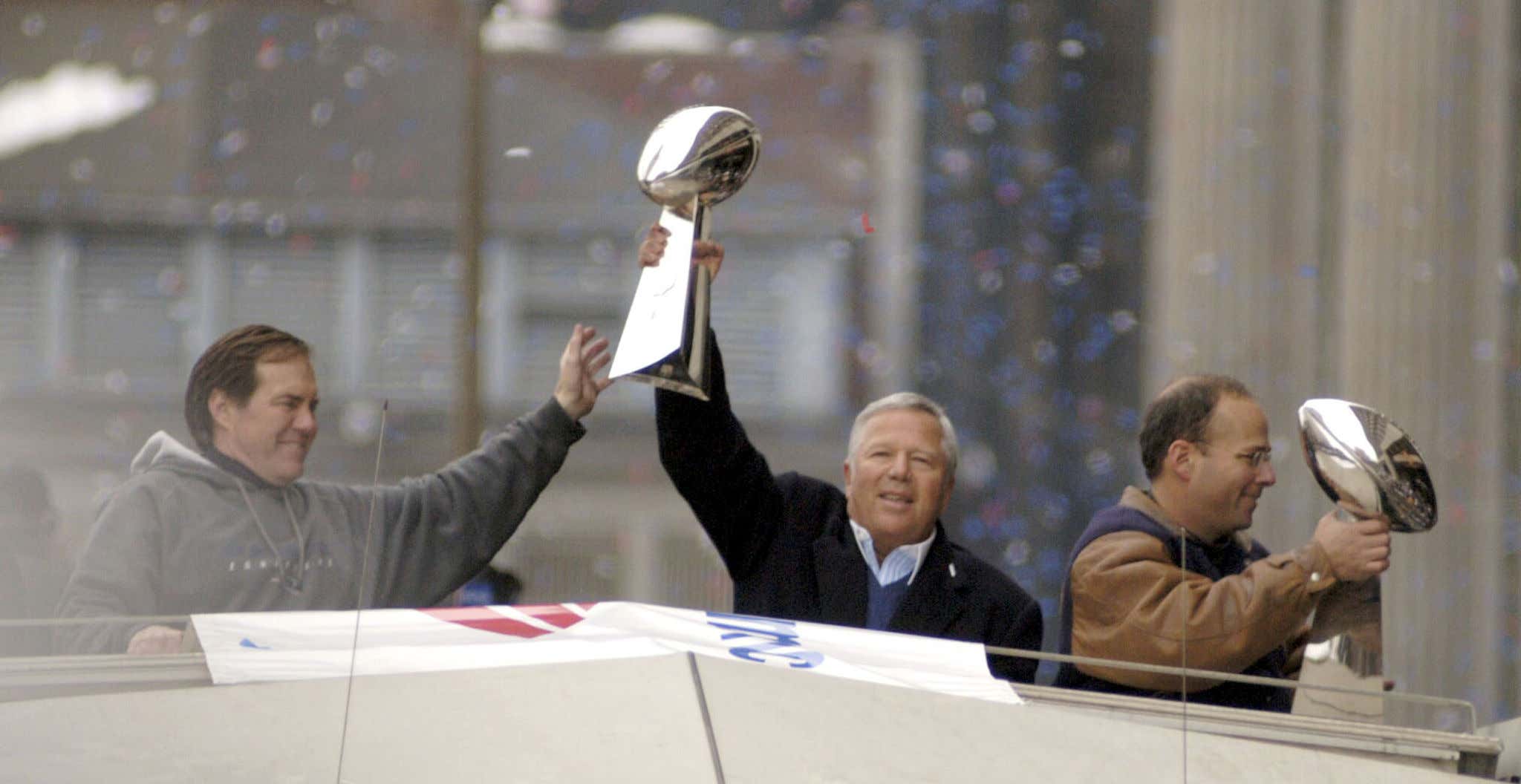 Source - Two days after Super Bowl LVI and two weeks after Tom Brady’s retirement comes word of a new docuseries about the GOAT quarterback’s years with the New England Patriots. Apple TV+ has ordered The Dynasty, a 10-part docuseries about the NFL team’s amazing run of success.

The project from Brian Grazer and Ron Howard’s Imagine Documentaries, in association with NFL Films, is based on Jeff Benedict’s nonfiction bestseller, for which the author spent two years inside the organization and covered its unprecedented near-20-year domination of the league.

Brady and Coach Bill Belichick led the club owned by Robert Kraft to an unmatched — and often unthinkable — six Super Bowl championships stretching from the 2001 season to 2018, losing in the title game three other times. …

Directed by Emmy-nominated filmmaker Matthew Hamachek (Tiger), The Dynasty will draw on thousands of hours of never-before-seen video footage and audio files from the Patriots organization’s archive. The filmmakers also … are conducting hundreds of interviews with past and present Patriots players, coaches and executives, along with league officials and the archrivals of the most dominant sports dynasty of the 21st century.

I can already hear the reaction from the people around the country who hate the Patriots. I'm talking about in places like New York, Baltimore, Pittsburgh, Miami, the NFL offices, Boston sports radio, John Henry's Boston Globe. They're going to universally revile this idea. They're going to bitch and bellyache about why we need yet another behind-the-scenes documentary series about the Patriots Dynasty after we've had "Man in the Arena," "Tom vs Time," a two-part "Bill Belichick: A Football Life," six episodes of "America's Game," plus all the various and sundry Kraft Productions features like "3 Games to Glory" and "Do Your Job." They'll kvetch and caterwaul and demand to know when enough is enough and we've finally run out of ways to tell the same story.

And I have an answer for them:

This is not only the most remarkable story in North American sports in our lifetimes, there has been nothing else like it in American pop culture. A franchise that was broke from the day they were founded in 1960. That remained that way for 34 years. That was perpetually on the verge of being moved to another city. In fact, were reported nationally to be moving to St. Louis the very day a season ticket holder and superfan who had purchased the worst stadium in all of sports a few years earlier gambled $175 million of his family's fortune to rescue pro football in New England. In a few seasons, Mr. Kraft took his team from decades of irrelevance into relevance. A few seasons after that, he hired Bill Belichick against the advice of everyone but himself. They won their first Super Bowl shortly thereafter and went from mere relevance into a sort of hyper-relevance no one had ever seen before. Twenty-plus years of dominating in the standings and the news cycle. Shocking personnel moves. Controversies. Scandals real and imagined, Punishments never before handed down. Rules changed just to try and stop their success. Weeks where they led the nightly newscasts. And throughout it all, the one constant was winning. Sustained levels of unprecedented winning.

To steal a phrase from one of the best Patriots ever at the lowest point in the middle of one of their greatest wins ever, that's "a hell of a story." And saying it can be told too many times is like saying we've had too many movies about World War II. Too many TV series about cops and lawyers. Too many podcasts about true crime. Too many novels about romance. Too many porn movies about pizza deliveries. The Patriots of the 21st century is a story that can never be fully covered, no matter how many different angles you take.

Granted, I wish they were using different source material. I'm sure "The Dynasty" is a fine book and all. But in my unbiased opinion, it's been done better. But good for Jeff Benedict.  I wish this project all the luck in the world.

Not that they'll need it. Ron Howard is responsible for so many outstanding pieces of great American art, from "Night Shift" to "Splash," "Gung Ho" to "Cocoon" to "Backdraft" and "Frost/Nixon." And a couple of my personal favorites, "Apollo 13" and "Cinderella Man." Hell, his work narrating "Arrested Development" alone puts "The Dynasty" in the best possible hands. And when they're looking for someone who's been recording the entire ascent of this Dynasty from before it even began, they know how to get a hold of me.