Cleveland Scene - After making the very most of his role as a part-time ceremonial figurehead with no real authority or power by launching Hudson into not one but two embarrassing national headlines, embattled mayor Craig Shubert today resigned from his role.

“Since the passing of my wife, First Lady Sherri Moyer, I have given considerable thought to the next stage of my life. Retirement is on the near horizon," he wrote in his resignation letter. "With the recent changes on city council, where six of seven seats have turned over, City Hall is entering a new era. My role as a change agent is complete. Hudson has a stronger financial and economic base than ever before, and major road improvements are being completed. I have, therefore, decided to step down as mayor to allow for new leadership, a clean slate, and a path forward.”

Life comes at you fast.

Last week I blogged the story about Hudson, Ohio Mayor Craig Shubert Finally Addresses The Elephant In The Room: "Ice Fishing Is a Slippery Slope That Leads To Prostitution"

In it, we covered Schubert standing up and addressing a crisis that has long afflicted the Lake Erie community- rampant prostitution out on the frozen lake in ice-fishing shanties.

Now, it appears he's being forced to step down from his post because the haters (which there are many)

Shubert also attempted to explain the recent ice-fishing-prostitution incident but ended up shouldering responsibility not on himself but the fine residents of Hudson.

"My comments at Tuesday’s workshop were made out of concern for our community; what could become of unintended consequences of new legislation, based on my prior television news reporting experience. My attempt to inject a bit of dry humor to make a point about this, in the midst of a cold, snowy February, was grossly misunderstood. Some in our community saw this as an opportunity to engage in the politics of personal destruction by means of character assassination, blaming me for the negative international press they helped to promote."

Mr. Mayor, I'm no facial recognition expert in the CIA but even I can tell that you said that line as dry as an 80-year-old nun's cooch.

Look at the tape! 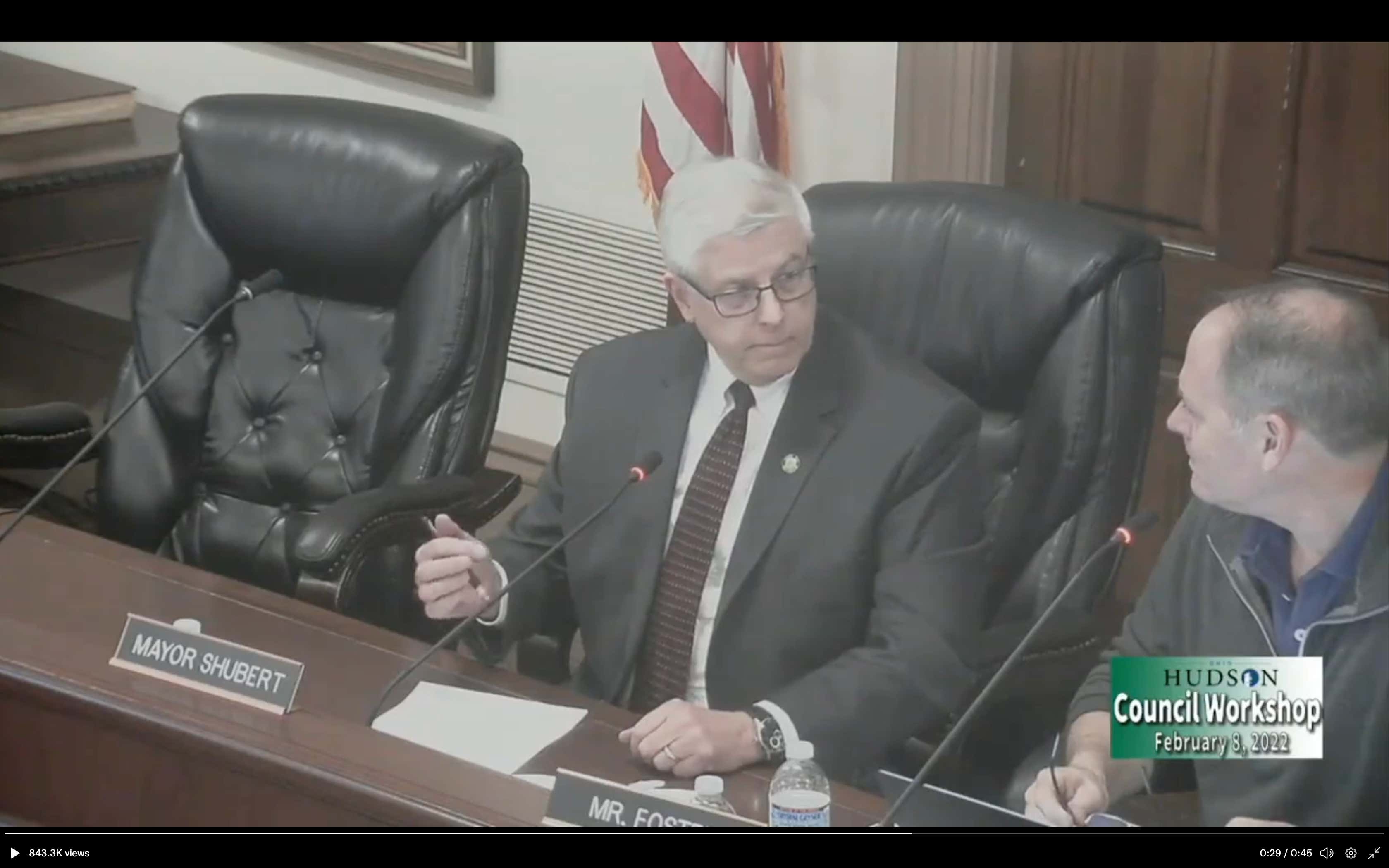 Your man to your left (who bears a striking resemblance to the dad in "Ten Things I Hate About You") was struggling mightily to keep a straight face and you stared him down with a look that said, "what the fuck is so funny?"

You can't go back a week later and tell us all that we're the ones who didn't get the joke. Doesn't work like that.

Watch out for those whores.

p.s. - I told you before, my promise to you, for life, is that any and every opportunity I have to blog something that I can stretch to include the Mike Cooper video, one of the greatest videos in internet history, I will.