We'll start with the "Stone Cold" stuff, and move on to the Cody Rhodes situation in a bit....

Kevin Owens has been teasing having "nothing to do" at WrestleMania in Dallas this year for a while now, and if these reports are true, it seems he may have just found a challenger in the "Texas Rattlesnake" who does the Stunner even better than he does!

"Stone Cold" Steve Austin went out on his own terms in 2003, wrestling his final match against The Rock at WrestleMania XIX, and hasn't so much as TEASED a comeback in the 19 years since. In fact, he's been quite adamant in never wanting to come out of retirement - even when he did an interview with Jared and I last year - but something might've changed recently.

Hell, maybe he just likes the idea of a match with Kevin Owens and it's never been offered to him before! We know he loves Kevin dating back to his pre-WWE days, and Vince's got a whole ton of blood money from Saudi Arabia to throw at him now, so that combo may have been the straw that broke the camel's back! 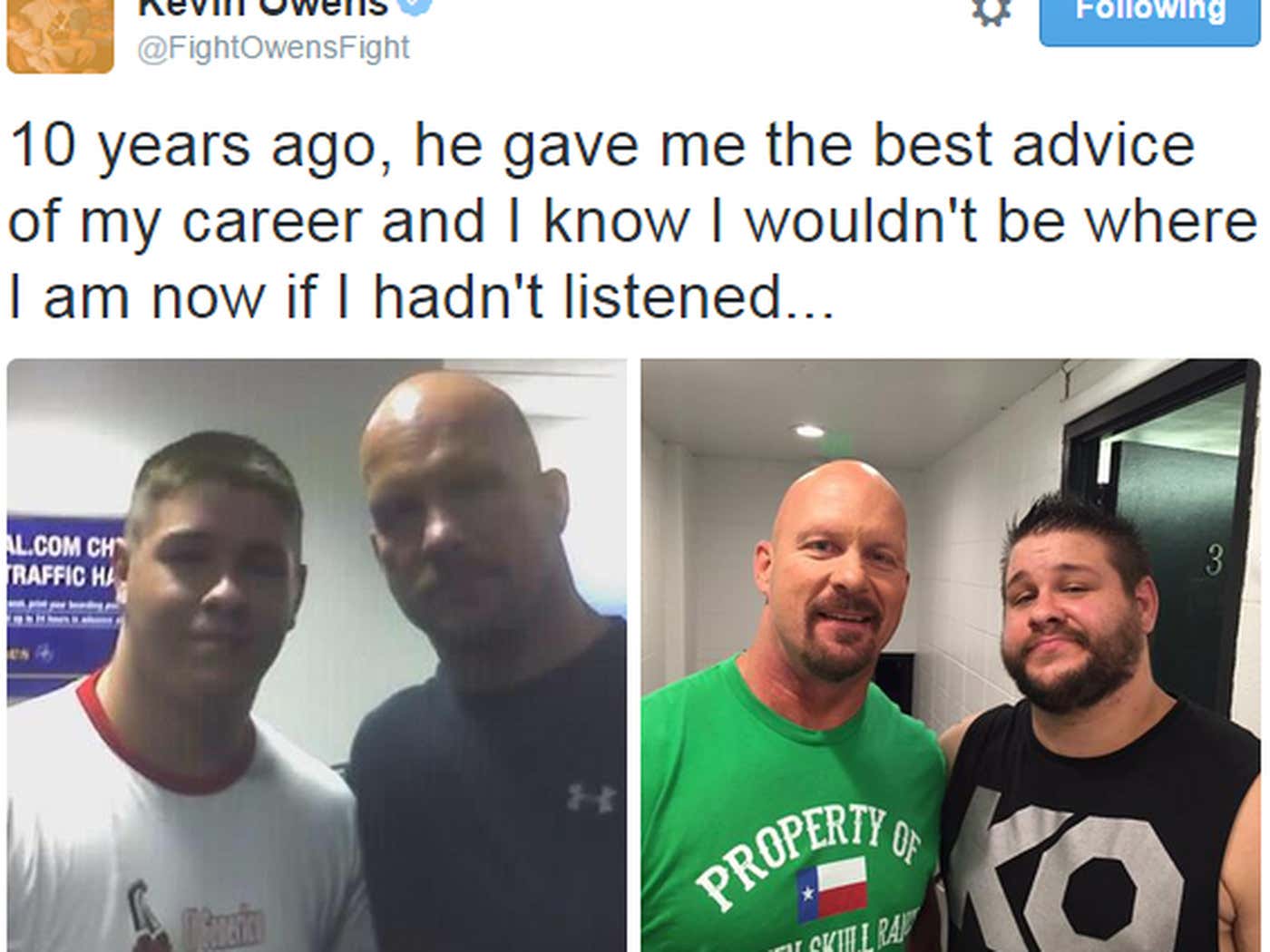 Hearing the glass shatter in Dallas only for Stone Cold to strut down that aisle in the vest and trunks again would be fucking insane, and nobody is more deserving of the honor of sharing the ring with him than Kevin Owens in my eyes. I know some people want Austin to stay retired to "leave the memories alone", but I'm alllllllll for this.

Honestly, after bald, googly-eyed Shawn Michaels came back for Crown Jewel, all bets were off. No offense Shawn.

Now for the Cody Rhodes stuff….

This may be even CRAZIER than the "Stone Cold" news in my mind, as Cody Rhodes left WWE on shaky terms in 2016 and has thrived as one of the founding members of AEW ever since! He was one of the original EVPs of the company for christ's sake! We heard that his All Elite Wrestling contract expired a few weeks back, however, and it seems they couldn't come to an agreement after six weeks of negotiations - leading Cody (and Brandi) Rhodes back to talks with World Wrestling Entertainment.

I'll wait to hear Cody's side of things before making assumptions or judging this move at all, but I am absolutely shocked he's returning after his displeasure with the company a few years ago - considering it hasn't changed one bit since he left! Maybe he was promised a main event spot this time around, now that he's proved himself as such? Maybe he wants to take over his father's old role at the Performance Center, training the next generation of talent? Maybe he just had way more heat with AEW than we ever knew?!

If Triple H was healthy (I'm not sure if he is after his cardiac event in December), that would be the match to make, blurring the lines of kayfabe throughout. If not, I'd put him in there with the same guy "Stone Cold" may tussle with this April - Kevin Owens.

Who the hell knows what'll happen though. This is an INSANE time to be a fan of pro wrestling, and I love it.