Video game franchise BioShock is getting another shot at a film adaptation, this time via Netflix.

The streaming giant has partnered with Take-Two Interactive, the game’s parent company, to develop a potential cinematic universe. Vertigo Entertainment and Take Two will serve as producers.

No writer or filmmaker is on board at this time. The partnership deal has been in the works for almost a year.

If you know me, then you know that I am a firm believer in the video game movie curse. 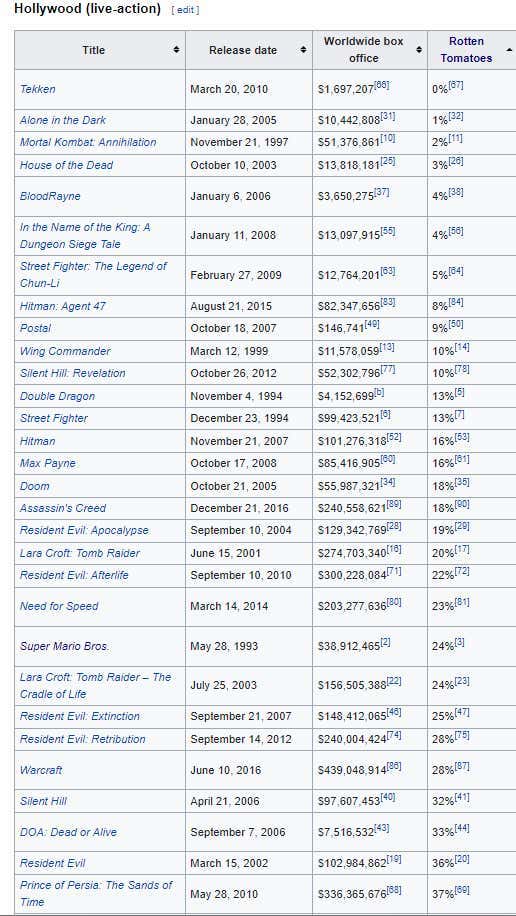 Movies based on existing video games have historically been quite bad. Beyond the tidal wave of shit you're looking at, there have also been plenty of aggressively below average movies too. In my opinion, the best attempt so far has been 'Detective Pikachu'. So whenever I hear that a video game adaption is in the works, my expectations basically start in the toilet.

An even harsher difference is that a series obviously has so much more time to world build than a movie does. One of the cool things about Bioshock is that it really does have such a fascinating world with such a distinct feel to it. I'm not sure how they build that up that art deco world while also establishing the characters, getting people invested in the little sisters and also delivering some great action. That also brings me to my next point: the budget for this is really going to have to be big to make this work. That only leads to more worries that they turn this into a CGI hellstorm with everything being digitized from the setting down to the protectors.

Some video games have such great, immersive stories that are so cinematic already that adaptations are pointless. Personally, I think Bioshock falls under that umbrella. There is just no way to capture that world in just 2.5ish hours.