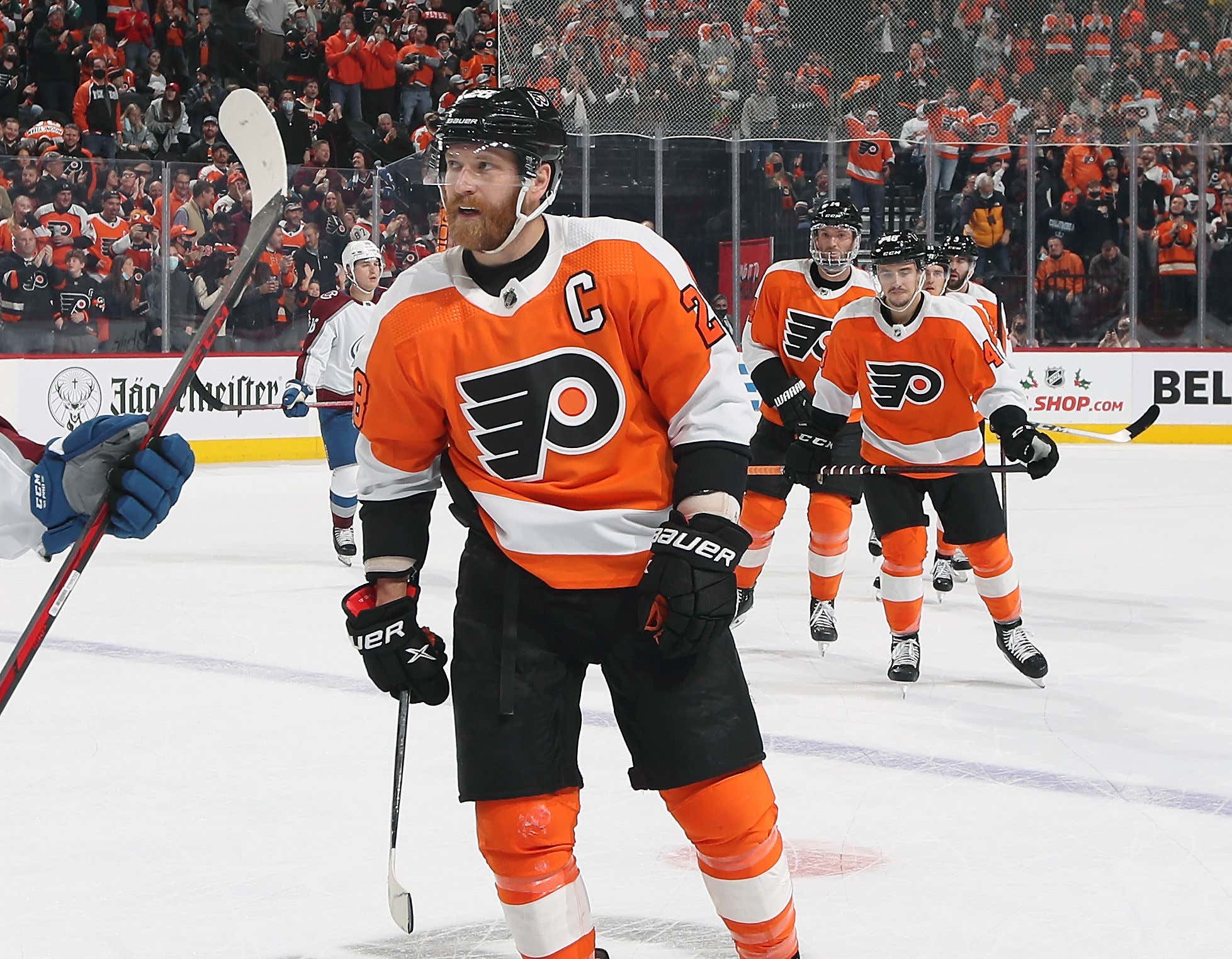 Claude Giroux is an all-time Flyers great, and the organization has failed him miserably for years and years and years. It all started with the team essentially becoming soviet Russia and putting a ban on having fun while trading away Jeff Carter and Mike Richards in the same offseason. Ever since that moment it has been abundantly clear that the Flyers don't actually care about winning. PR takes precedence over everything. Which is why they created Gritty to distract people from realizing how truly horrific the Flyers actually are, and instead pay more attention to an orange piece of shit mascot.

While all this is happening, Claude Giroux continued to deliver. He's been one of the most consistent players in the league since he entered. Maybe not a generational superstar, but a 7x All Star and an 80, 90, 100+ point scorer. He's the franchise's longest tenured captain, and the only reason why the ship had been able to remain somewhat steady before the total catastrophe it is now.

So if Claude Giroux wants to get a chance to play with Nathan MacKinnon and Cale Makar and Gabriel Landeskog in Colorado while that wagon of a team looks to make a run at the Cup? Well then Chuck Fletcher better do everything in his damn power to make it happen. The same way Boston made it happen for Ray Bourque.

He may not get the same "after 13 years…Claude Giroux!" treatment from the broadcast when he hoists Lord Stanley's Cup over his head. But that's besides the point.

Giroux and Bourque both did everything they could for their respective franchises, both teams failed their captains miserably by not being able to put it all together, and both had the Colorado Avalanche just waiting there to make their dreams come true. Do the deal, Chuck. Eat the salary and send Giroux for free for all I care. Just make it happen. The last thing I'd want to see is Chuck Fletcher sending Giroux to his folks back in Minnesota, only for the Wild to inevitably get bounced in the Western Conference Finals by the Avs. Can't have that, won't have that. Send Giroux to Colorado or else we riot.

(Yes, I'm aware that Ray Bourque didn't win the Cup with the Avalanche until the following season)