Quick little lesson for all the boys and girls back home. In curling, if your team scores points in the previous end then the opposing team gets to throw the last stone (the hammer) in the following end. Being able to throw the last stone is obviously going to be an advantage, and more often than not the team with the hammer picks up points in that end. I guess the easiest comparison here would be serving in tennis. The player who serves is usually going to win that game, and breaking is how you take the game over.

Which brings us to this shot from US skip John Shuster. The Swiss had the hammer in the 8th end (there are 10 in curling). He had to make the perfect shot here to steal a point or else the Swiss would have picked up 2 points to take the lead without even having to throw their final stone. So what does the reigning Olympic gold medalist do? What comes up next from the baddest dude in curling? 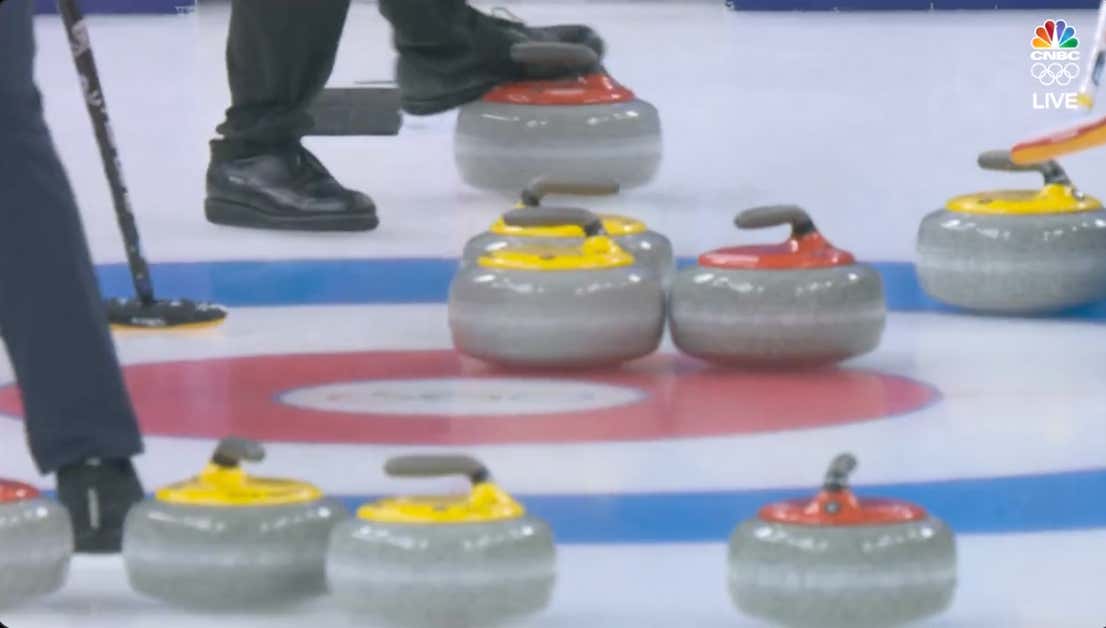 All those guards in the way and John Shuster still managed to make the perfect play. Perfect weight, perfect spin, execution at its finest. What an animal. The fellas would end up losing to Italy earlier today which puts them in a tough spot moving on to the medal round. But the boys are still having fun out there. Which is what we're really here for in the end.

They go up against Denmark to close out the round robin stage tomorrow night. Has to be a win for any chance to medal.